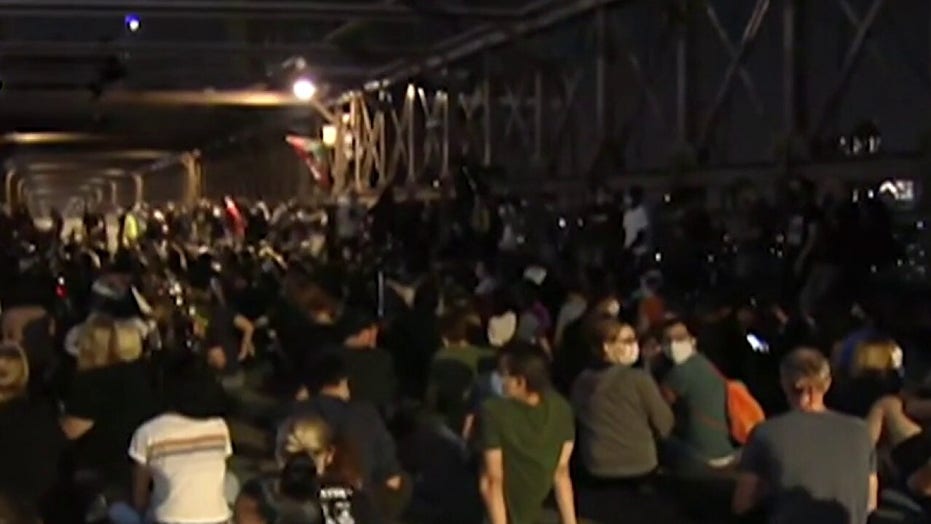 Fox News’ Bryan Llenas reports from Louisville, Kentucky on the violence and confrontations.

Two dozen protesters were arrested Friday during another night of unrest following the grand jury indictment of a single cop in connection with the shooting death of Breonna Taylor, including one man accused of shining a laser at an aircraft.

The FBI said it arrested Manuel Martin Salazarleija Jr., 26, after identifying him as the person who pointed a laser at a police helicopter during the protest, temporarily blinding two Lousiville Metro Police oficers.

Other law enforcement helicopters, as well as one operated by a news station, said they were also targeted by a laser in the area, authorities said.

"Salazarleija admitted to intentionally aiming the beam of the laser pointer at an LMPD helicopter, while the aircraft was in flight within the special aircraft jurisdiction of the United States," the FBI said.

A curfew has been in effect in Louisville for several days after a grand jury charged one of three cops with wanton endangerment of Taylor's neighbors' lives – and not with the actual death of Taylor – during the shooting incident in March. 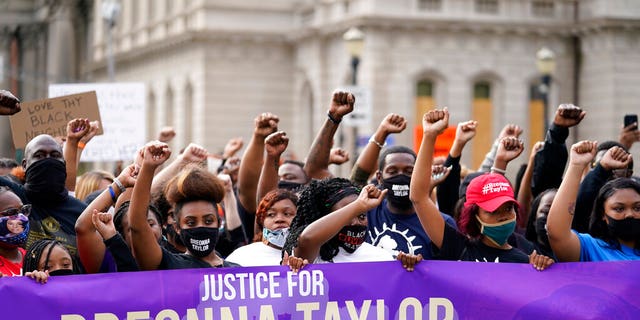 Black Lives Matter protesters march, Friday, Sept. 25, 2020, in Louisville. Breonna Taylor’s family demanded Friday that Kentucky authorities release all body camera footage, police files and the transcripts of the grand jury hearings that led to no charges against police officers who killed the Black woman during a March drug raid at her apartment. (AP Photo/Darron Cummings)

The indictment against former officer Brett Hankison is seen as an affront to justice as Black Lives Matter protesters decry the use of excessive force by police against Black people and minorities.

Charges against Hakinson came 194 days after Taylor, a 26-year-old Black emergency medical worker, was shot five times by the officers who entered her home using a no-knock warrant during a narcotics investigation on March 13. No drugs were found in her apartment.

Authorities found that the bullets fired by Hankison traveled into the neighboring apartment while three residents were home – a man, a pregnant woman and a child. Those residents were not injured. 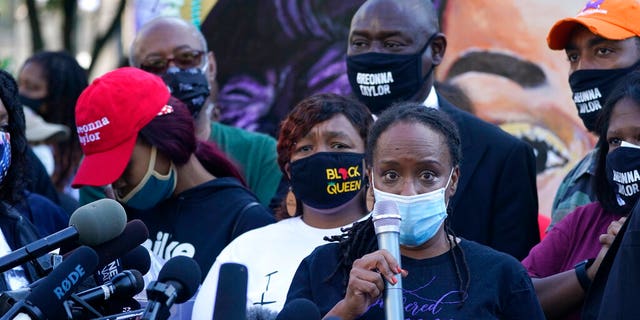 The LMPD said protesters began marching for the third night prior to the 9 p.m. curfew on Friday, but things turned violent, as some demonstrators damaged buses and broke windows of businesses, including at Jeff Ruby's Steakhouse on Fourth Street, as well as tossing a flare into a library.

Social media posts circulated accusing police of waiting to storm a church, where more than 100 protesters gathered for shelter as the curfew expired.

The demonstrators remained largely peaceful Friday night on the sidewalk surrounding First Unitarian Church, with some shouting “say her name, Breonna Taylor" and “You can't stop the revolution.” 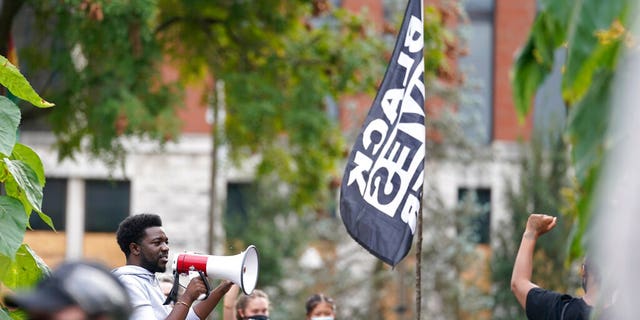 "Contrary to rumors on social media, the LMPD, at no time, was waiting for a decision from legal about whether or not they can storm the property. No arrests were made for being on church property. No National Guard was deployed to address these issues," the police department said in a statement.

Law enforcement said they gave protesters instructions on how to leave the church and go home, allowing them to walk back to their vehicles and disperse.

At least 24 people were arrested throughout the evening for unlawful assembly, failure to disperse and rioting.