At least four members of a neo-Nazi group who reportedly plotted to unleash a wave of attacks in Brazil on New Year’s Eve, targeting Jewish and black residents, were arrested, as part of an operation between Brazilian and United States authorities.

One of the four suspects arrested last Thursday told authorities he was planning to set off explosives during New Year’s festivities in the southeastern state of São Paulo.

The 43-year-old man worked as a security in the city of Campinas and allegedly recruited younger people to bomb a nuclear plant in the Rio de Janeiro municipality of Angra dos Reis, Brazilian newspaper O Dia reported.

The suspect, who identified himself to the authorities Matheus Hades NS, told cops in a recorded confession that ‘there is so much wrong in the world that I can’t take it anymore.’

When asked by a police officer what were his plans, Matheus Hades NS admitted he sought to ‘kill and then commit suicide’ while adding that he would spare anyone ‘as long as they are good, honest, hardworking people. With the rest, I don’t worry.’ 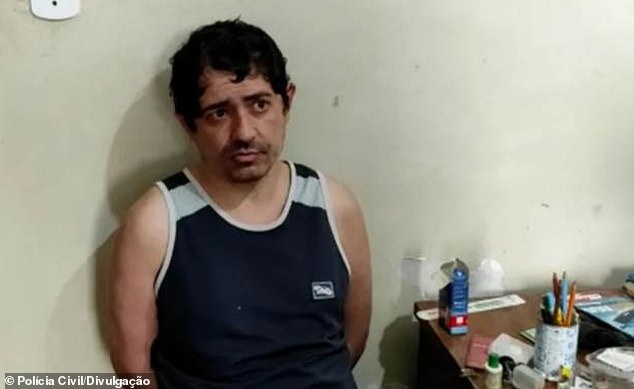 A 43-year-old man was among four members of a neo-Nazi group who were arrested in Brazil last Thursday as part of a joint operation by Brazilian and United States authorities. The group was plotting to carry out attacks against Jewish and Black civilians and public location targets on New Year’s Eve 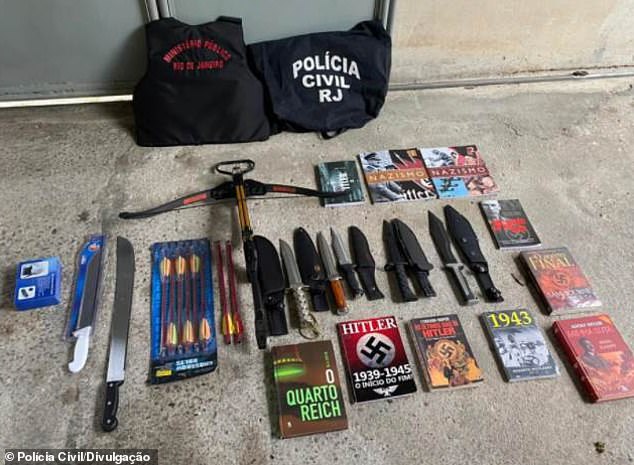 Brazilian authorities were tipped off May 8 by Homeland Security Investigations agents based in Brasilia, the federal capital, who had discovered that the hate group was utilizing U.S.-based internet platforms ‘to call for violence against Jewish and black’ residents in Brazil. A series of raids were carried out across seven states in Brazil last Thursday, leading to the arrest of four suspects as well as the confiscation of weapons and Nazi paraphernalia 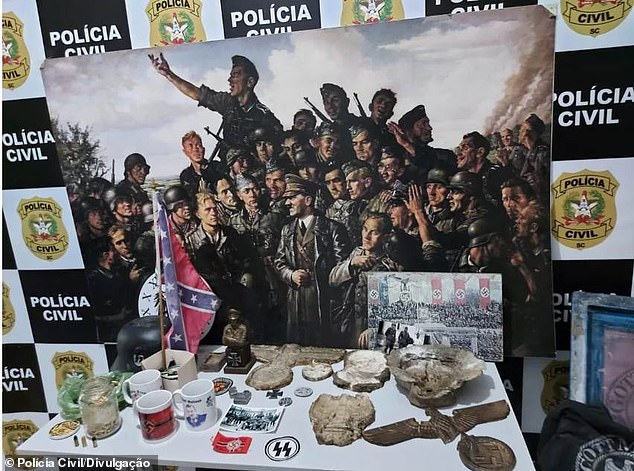 Nazi paraphernalia seized from the 31 search warrants that produced four arrests in Brazil after authorities there were alerted by their U.S. counterparts of a neo-Nazi group’s plan to launch mass casualty attacks on New Year’s Eve

The three other suspects were taken into custody in the São Paulo city of Suzano and the Rio de Janeiro municipalities of Campos dos Goytacazes and Valença.

‘The individuals in question were part of neo-Nazi cell that were planning attacks against public areas, such as schools, as well as hate crimes against Jewish and black civilians,’ U.S. Immigration and Customs Enforcement’s Homeland Security Investigations said in a statement. 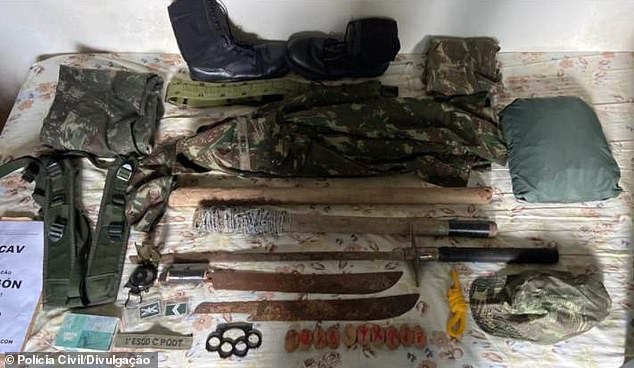 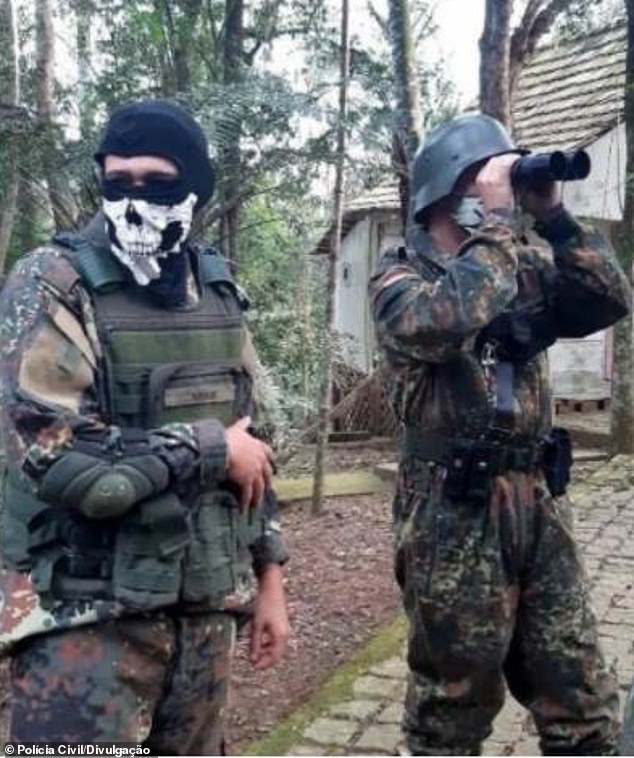 Brazilian authorities were tipped off May 8 by Homeland Security Investigations agents based in Brasilia, the federal capital, who had discovered that the hate group was utilizing U.S.-based internet platforms ‘to call for violence against Jewish and black’ residents in Brazil.

On May 12, the Rio de Janeiro police took PCERJ into custody and discovered potential targets for attacks after searching his cell phone and computers.

‘Through continued investigative collaboration, members of dangerous anti-Semitic and neo-Nazi cells were apprehended before they caused a possible mass casualty event,’ said HSI Brasilia Acting Attaché Patrick Chen. ‘The success of Operation Bergónis a prime example of the importance of international partnerships in dismantling criminal organizations that threaten public safety and innocent lives.’