A FOUR-year-old boy died from a “catastrophic brain injury” after he fell from a footplate and was struck by a JCB being driven by his uncle.

Tragic Harry Lee died on July 8, 2019, at his family's farm in Newchurch-in-Pendle, Lancashire. 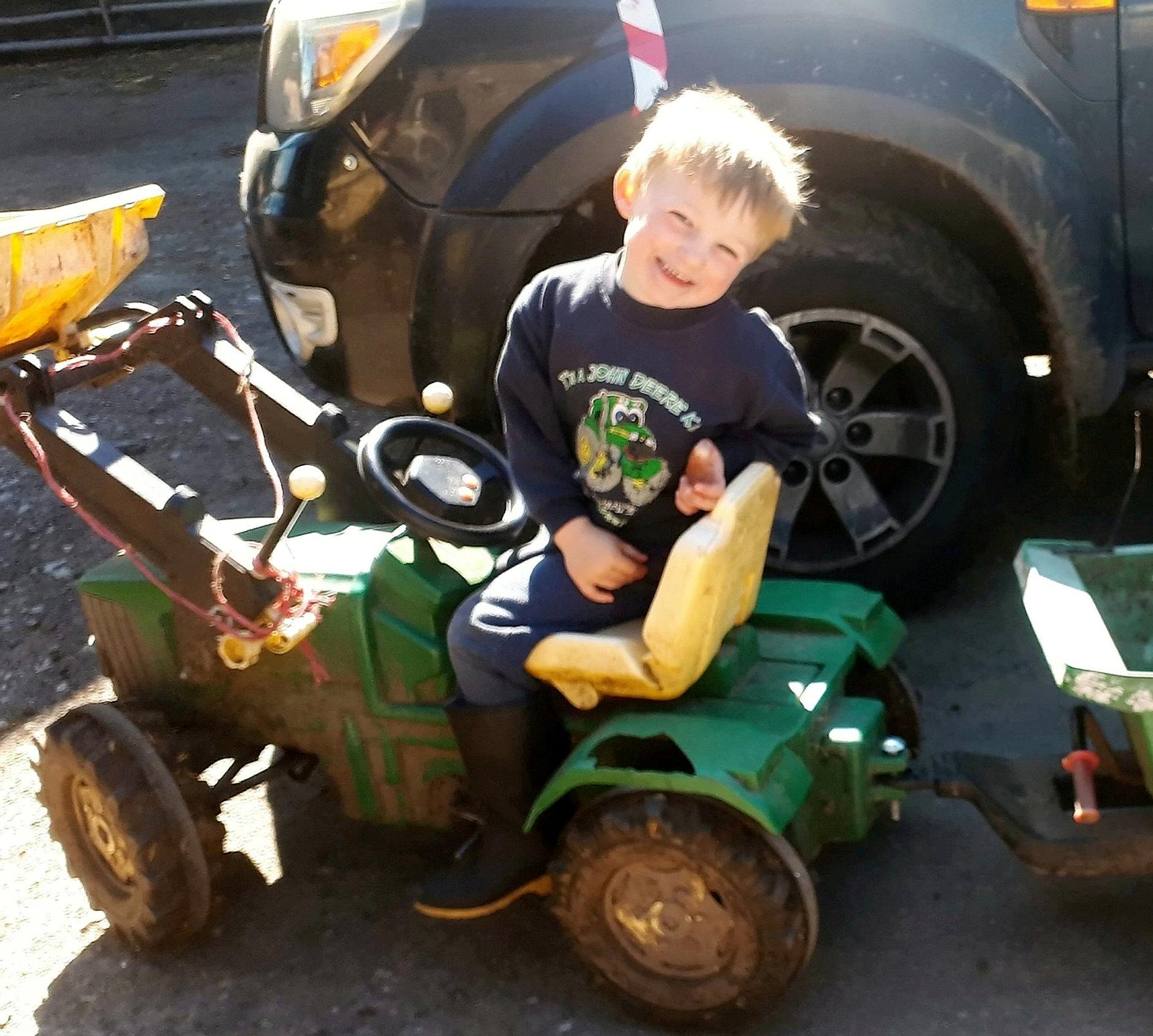 His uncle Brian Nutter was clearing out a barn as the farm was preparing for a new herd of calves on the day of the accident, an inquest at County Hall in Preston heard.

Harry, who loved farming, went to join his uncle who realised he needed to move a pallet out of the barn.

Mr Nutter got in his JCB to go to another part of the farm to collect the forks for the forklift and Harry stood on a footplate to his left.

He said he had his arm around Harry while they set off and after turning a corner, he realised that Harry was no longer there.

Mr Nutter said: "He wanted to know what I was doing. He always had thousands of questions.

"He was talking his usual 90 miles an hour. 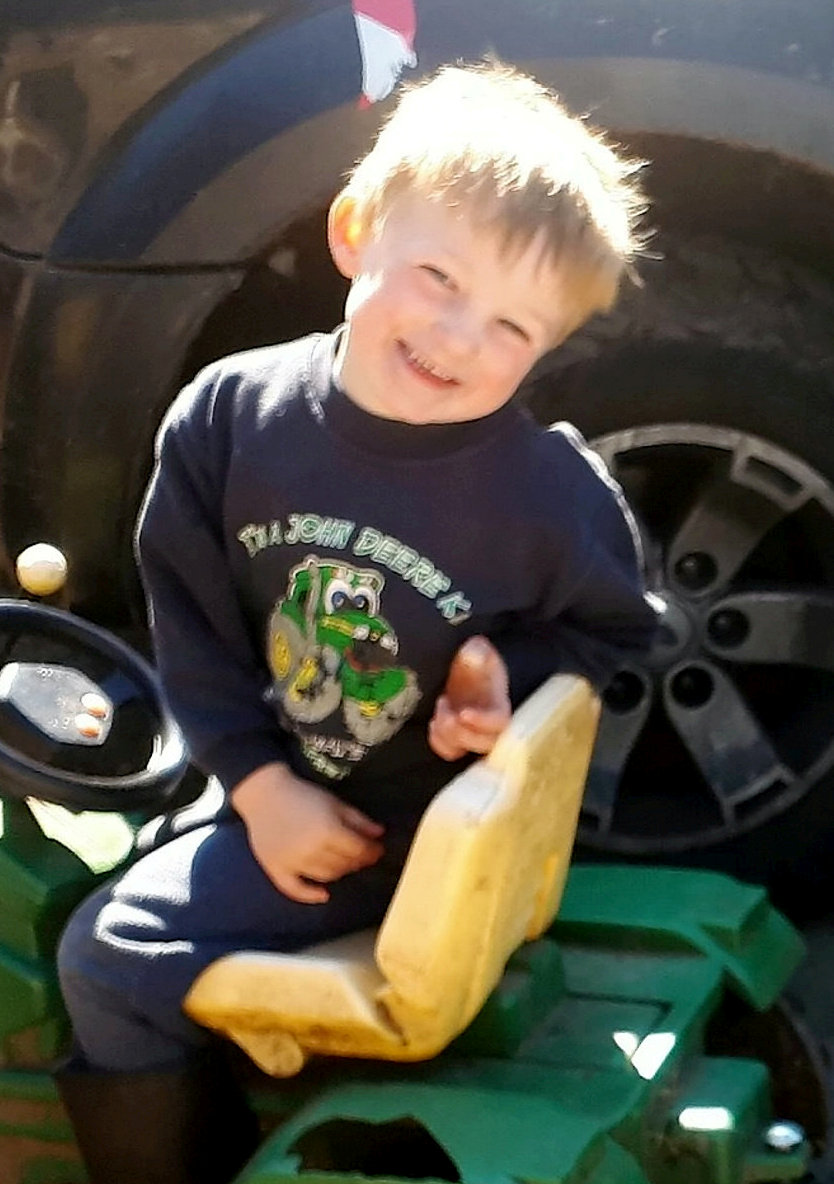 Harry was on the floor after falling off the machinery and Mr Nutter picked him up and ran him back to the farmhouse.

Emergency services were called to the scene including an air ambulance but despite the best efforts of the medics, Harry was pronounced dead at 12.12pm.

He was taken to Royal Blackburn Hospital where, the following day, Dr Judith Umeadi declared that Harry died of “catastrophic traumatic brain injury”.

In a statement read by coroner James Newman, Harry's heartbroken mother Sarah Nutter said: "He was born into a farming family and was on the farm his whole life.

"He always wanted to help on the farm and loved nothing more than being outside.

"Harry's was such a short life but he lived it to the full."

HM Inspector for Health and Safety, Shellie Bee, said guidance for children's safety on a farm "clearly states that children under the age of 13 should not ride or be a passenger on agricultural vehicles."

Ms Bee continued to say that, although there were some defects with the vehicle including there being no door or seatbelt to the vehicle, none could have been a “direct result” of Harry's death.

PC Phillip Walker who was called to the incident said the vehicle was in a good condition, although worn, but continued to say that was expected of farm vehicles. 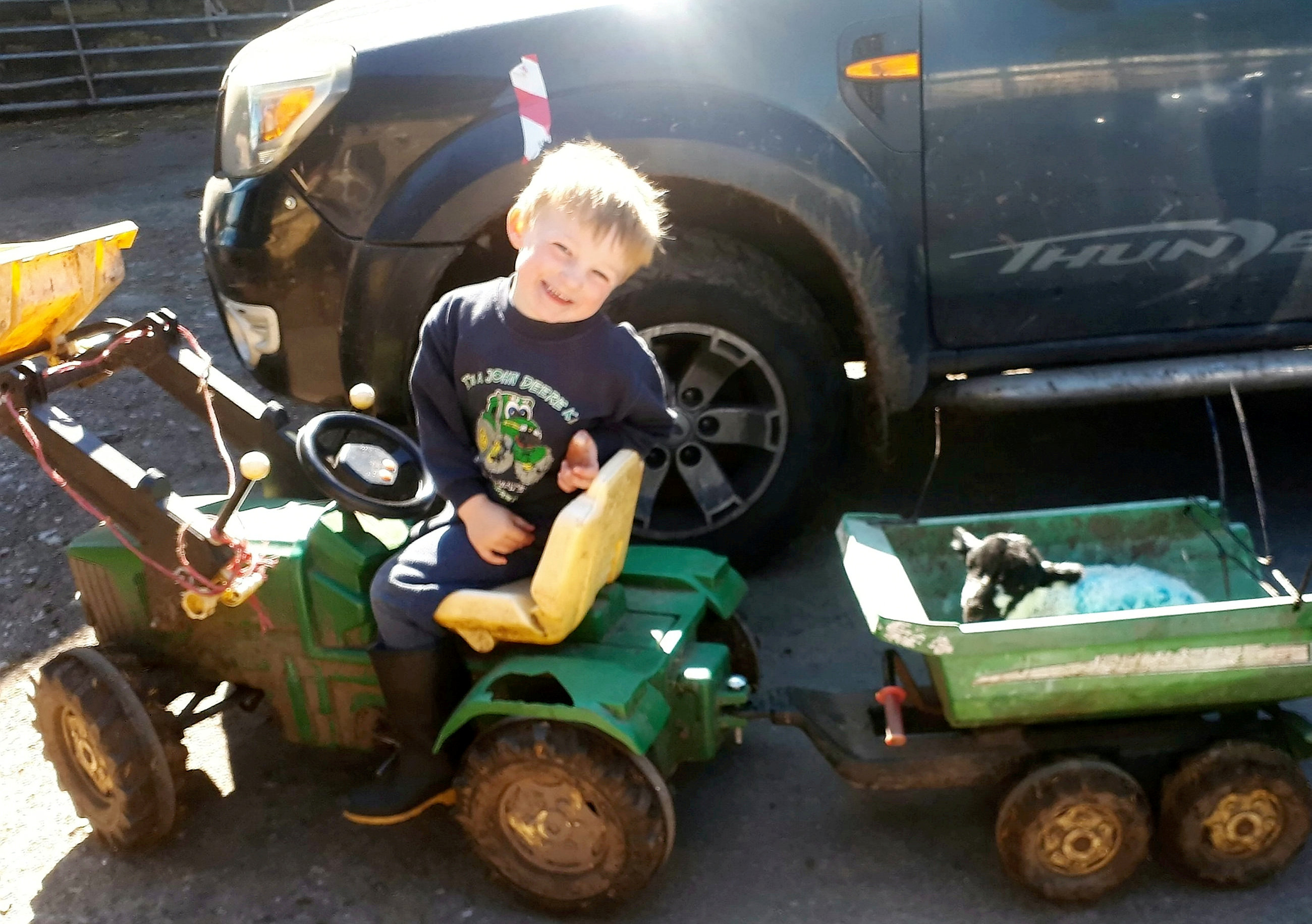 He told the inquest: "The foot plate to the near side is the only entrance and exit to the vehicle.

"It is not designed for the carriage of passengers."

At the time of Harry's tragic death, his family paid tribute to the “light of our lives”.

The heartbreaking tribute, issued by police said: "He never failed to make friends and melt hearts wherever he went, with his cheeky smile and his laughter.

"Harry was born and brought up on a farm and loved the outdoor lifestyle. His passion was tractors and animals.

"He could name every brand and type of tractor in the area by sight and loved to feed and look after the animals.

"Harry has attended the same nursery for three years and he loved his teachers and his friends.

"Harry's teacher admitted that everything she knows about farming and tractors had come from him and that even she could identify the different tractors and the trailers by sight.

SEE YOU IN COURT

Mum's agony after son, 5, 'stabbed to death' as cops quiz woman on murder

Screams heard after boy, 5, 'stabbed' to death as woman, 49, arrested

"Harry loved listening to music, and insisted on being in charge of the play list whenever he went out in the car.

"Most of all Harry was our angel and although it is the most difficult time of our lives, trying to come to terms with his loss, he will always be with us and we will think of him every day for the rest of our lives."