HOLED-UP Boris Johnson tonight poured a bucket of caution over Freedom Day and begged Brits to keep isolating if pinged.

In a stern address from his Chequers quarantine, the PM warned the nation that the "pandemic is not over" despite today's big bang unlocking. 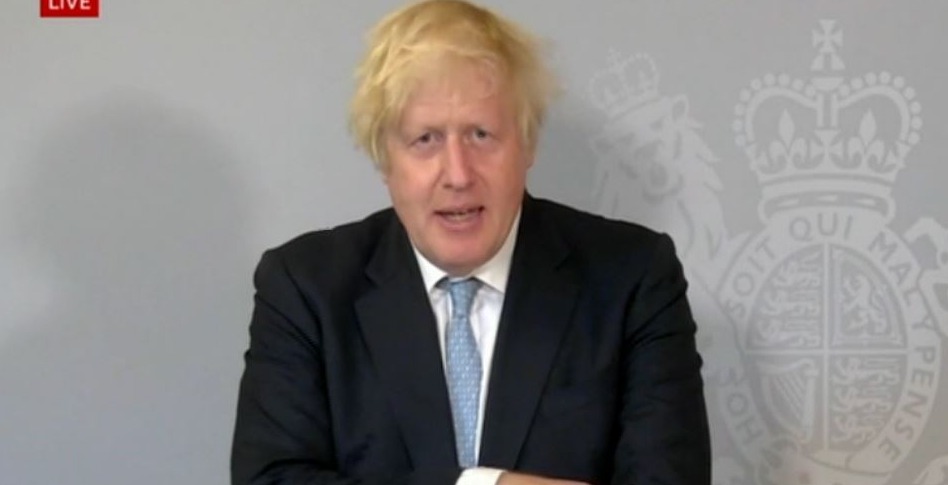 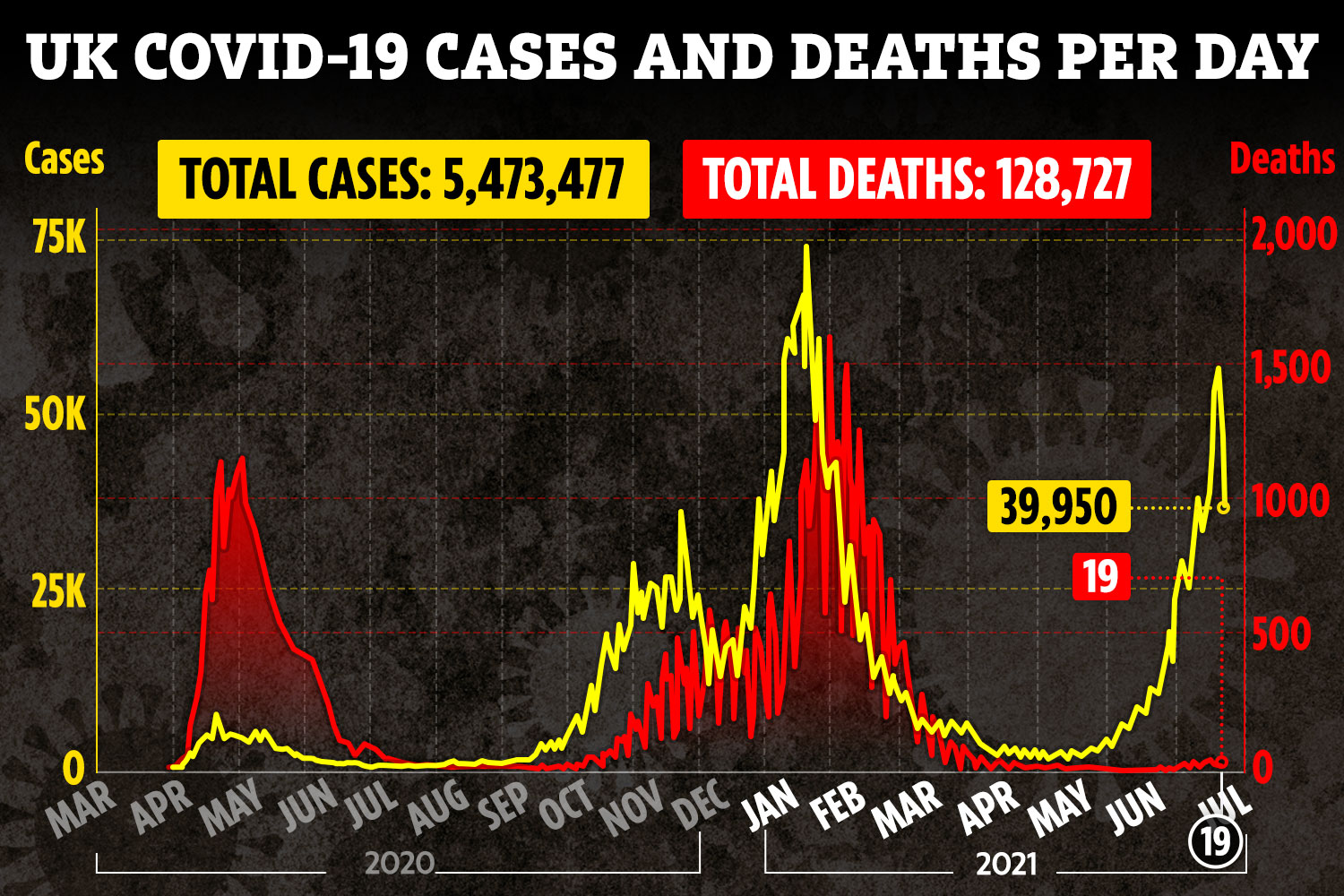 He defended his decision to tear up almost all legal restrictions after 17 months of lockdown, insisting it was a question of "if not now, when?"

Speaking down a scratchy video link, the PM said: "There comes a point after so many have been vaccinated when further restrictions no longer prevent hospitalisations and deaths – but simply delay the inevitable."

But he said the only way people could get back to normal was for pinged people to "make sacrifices" by not going crazy and keep isolating.

Top doc Jonathan Van Tam echoed the warning not to throw caution to the wind, telling Brits: "Don't tear the pants out of it."

The PM struck a note of caution as legal limits on gatherings and social distancing were ripped up, and work from home guidance was eased.

Lockdown-weary revellers in England took advantage of the newfound freedoms – and scorching weather – to pack parks, beaches and pubs.

But hundreds of thousands of Brits were forced to spend Freedom Day holed up at home after being pinged by the NHS Covid app.

The PM today extended the isolation exemption to certain critical workers to stop the country grinding to a halt in a "pingdemic".

It means those key workers pinged by the app will now be allowed to skip isolation if absolutely necessary and do a test instead.

The broadening of the exemption from just NHS staff comes after desperate warnings from bosses about a national staffing crisis – and possible food shortages – as more than half a million Brits were pinged last week.

Mr Johnson scrambled to defuse a row over his own isolation after initially dodging quarantine by landing a slot on a Government testing pilot scheme.

Both he and Chancellor Rishi Sunak rapidly backtracked following enormous public outcry and are hunkering down for 10 days after coming into contact with infected Health Sec Sajid Javid.

Grilled by The Sun over why the PM thought he was "above" isolating, he replied: "Of course I absolutely didn't think that. Here I am today on Zoom or Teams or whatever brilliant system it is that we're using."

He will chair Cabinet virtually tomorrow and face off against Sir Keir Starmer at the last PMQs before the summer down a camera.

In a speech today the Labour leader railed: "Boris Johnson and Rishi Sunak only went into isolation because they were busted."

He branded the Government's big bang unlocking "reckless" and said the spread of the Delta variant will cause a "summer of chaos".

Ministers are confident vaccines will weaken the link between infections and hospitalisations and deaths – and want to open up in the summer rather than during the annual winter surge for the NHS.

Strict guidance to wear masks in enclosed areas also remains and has been enforced by many regional authorities like London.

Vaccine passports are also being recommended for large venues like nightclubs – which will only be allowed to admit double-jabbed clubbers soon.

In a drastic change of tack the PM announced that from September only double-jabbed Brits will be let in to nightclubs.

Recent guidance warned the NHS Covid pass would be made a legal requirement only if steps to mitigate transmission were not taken.

It is understood ministers want to incentivise young unvaxxed Brits to get their jabs.

The PM said: "I don’t want to have to close nightclubs again – as they have elsewhere – but it does means nightclubs need to do the socially responsible thing and make use of the NHS Covid Pass which shows proof of vaccination, a recent negative test or natural immunity – as a means of entry.

"As we said last week, we reserve the right to mandate certification at any point, if it is necessary to reduce transmission.

"And I should serve notice now that by the end of September – when all over 18s will have had the chance to be double jabbed –we are planning to make full vaccination the condition of entry to nightclubs and other venues where large crowds gather." 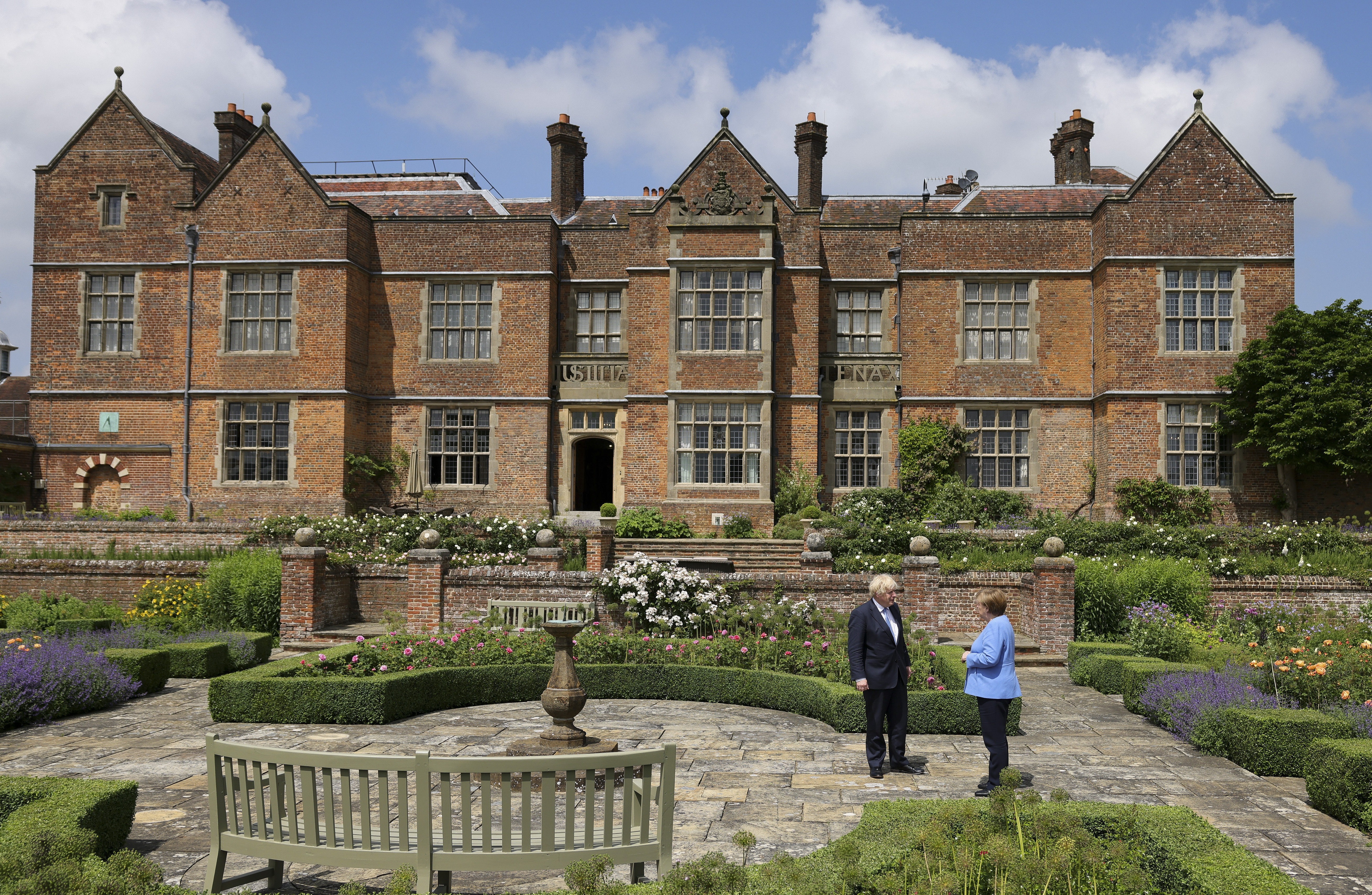