THIS is the moment a terrified zookeeper let out blood-curdling screams while being mauled by a cheetah… but incredibly she SURVIVED.

Amandine Lequime, 18, can be heard screaming “Oh My God" while videoing the surprise attack, as the hungry beast pounced on her back in South Africa. 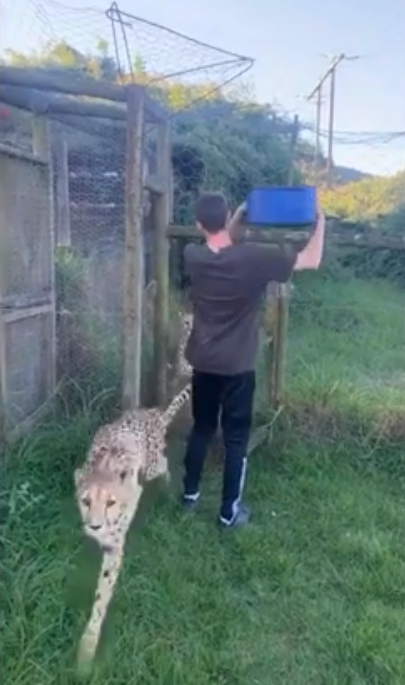 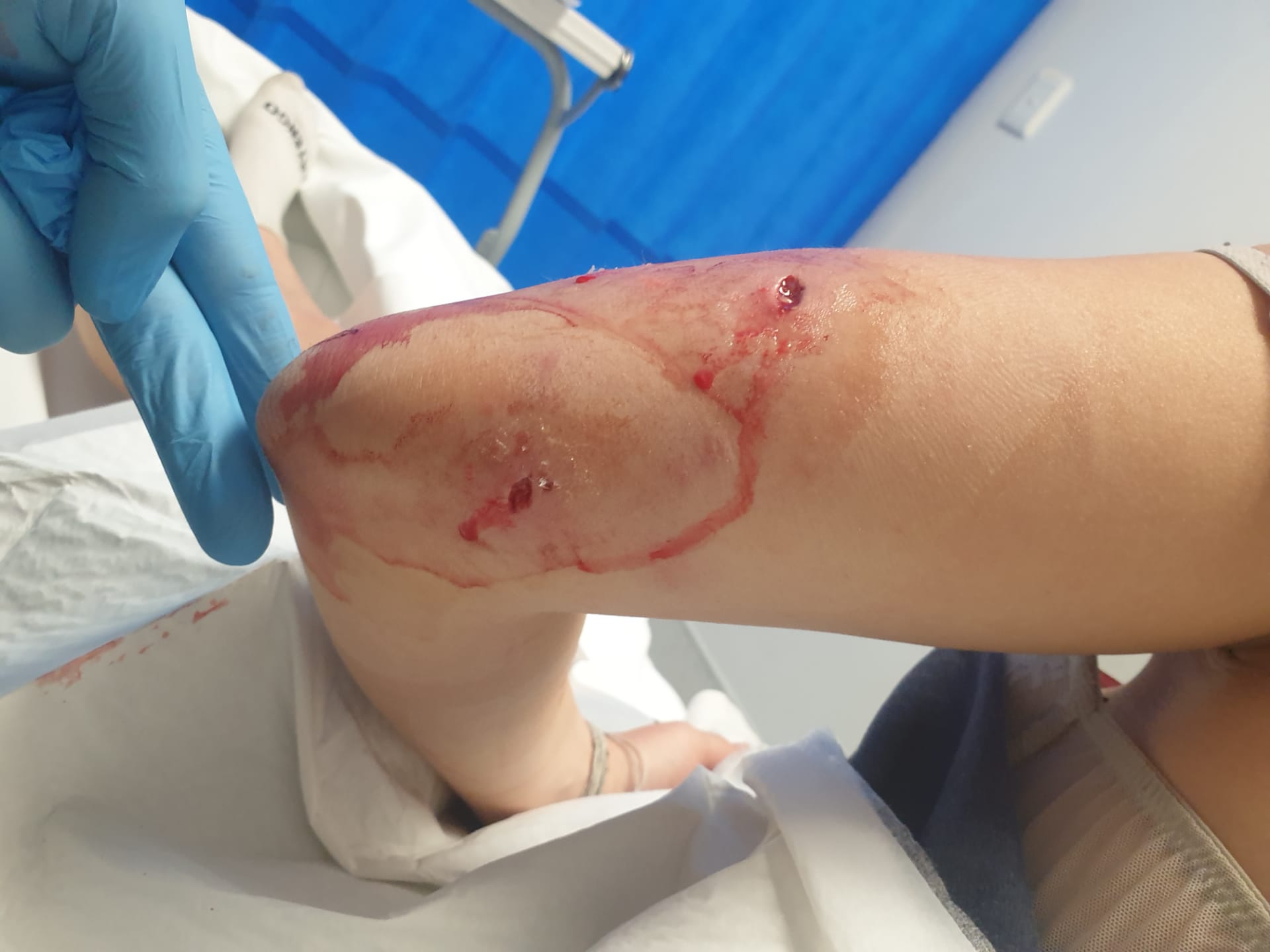 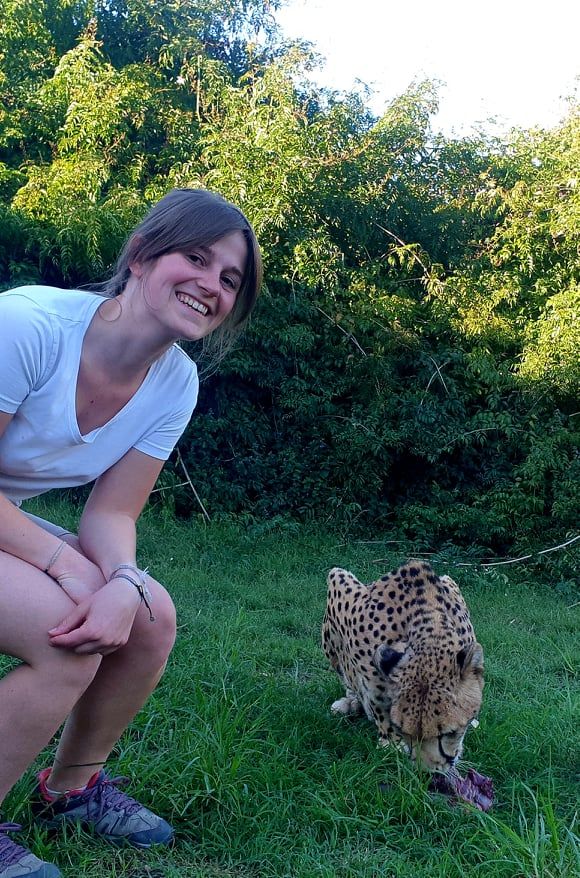 The teen was filming outside the cheetah’s enclosure as a colleague unlocked the gate and prepared to go in and feed the predators.

But her video shows the 80mph killing machine swerve around him and – focused on Amandine – making a beeline with its fangs bared.

Her footage goes grainy as she tries to escape with her life, as it leaps on her back and tries to get its jaws around Amandine’s throat.

It bites her repeatedly with its fangs and mauls her with its razor sharp claws.

The volunteer has refused to say where the predator park is.

But she has released her video and reported her ordeal to warn others who give their time for free at similar sanctuaries. 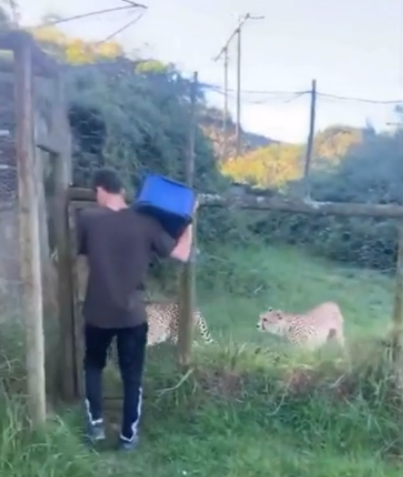 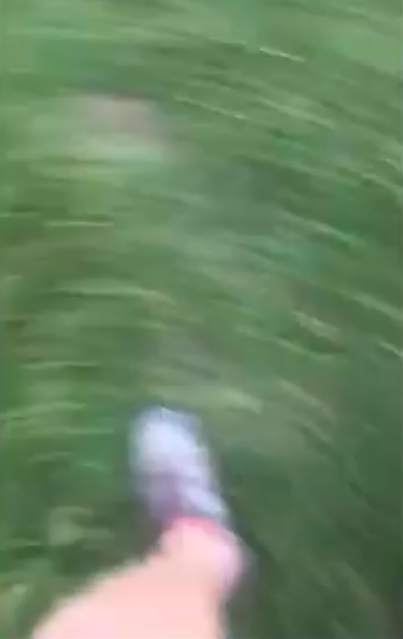 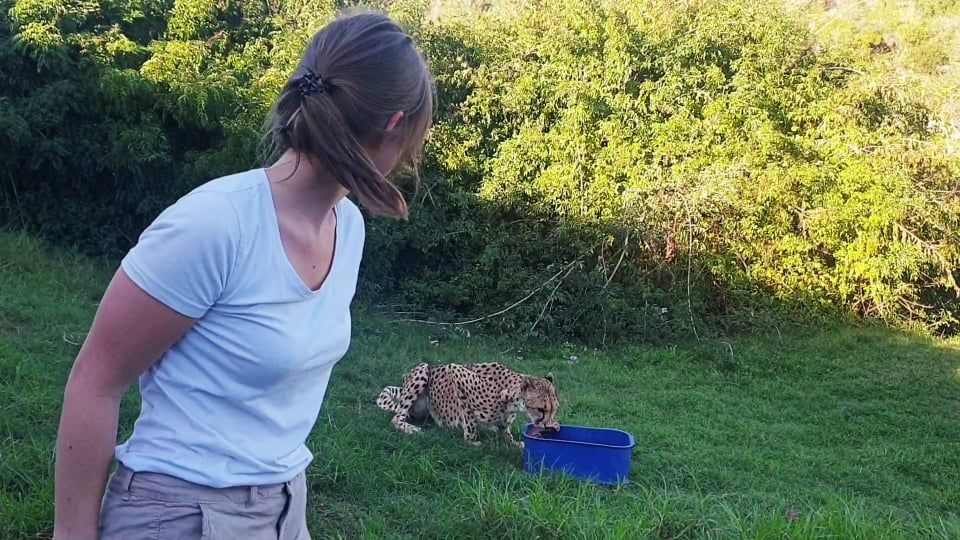 Amandine said: "I thought I was going to die.

"This happened in the first week I was there and the photos with me feeding the cheetahs was two days before the one that attacked me.

"It was probably all over in seconds but it seemed like a lifetime.

"The female bit my arm twice so I have four big fang holes and needed stitches in each to close them up and I have claw scars down my back and legs."

She explained: “When it attacked I lost my balance and fell to the ground, where the cheetah carried on biting my arms and legs until the manager got the cheetah off me.

“I ended up being taken to hospital for treatment for several deep bite marks and cuts that caused muscle damage and required stitches but was very lucky indeed.

“I later found out the same cheetah that attacked me had attacked the manager two years ago and caused neck and leg injuries, but the park pleaded me with to say nothing."

She added: “I realised that interacting and touching these wild animals is wrong so I put my message out through the Blood Lions association to warn that volunteers can be in danger.

“I decided to go public as I don’t want other volunteers to go through a similar frightening experience and people need to know being close to wild animals is not safe." 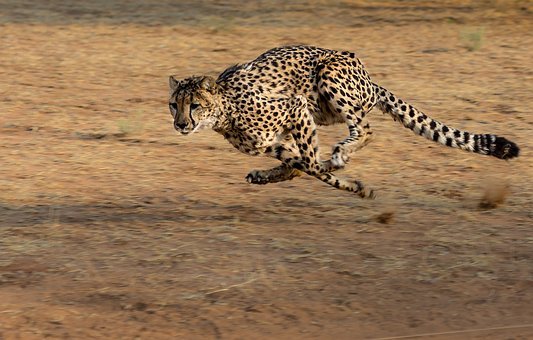 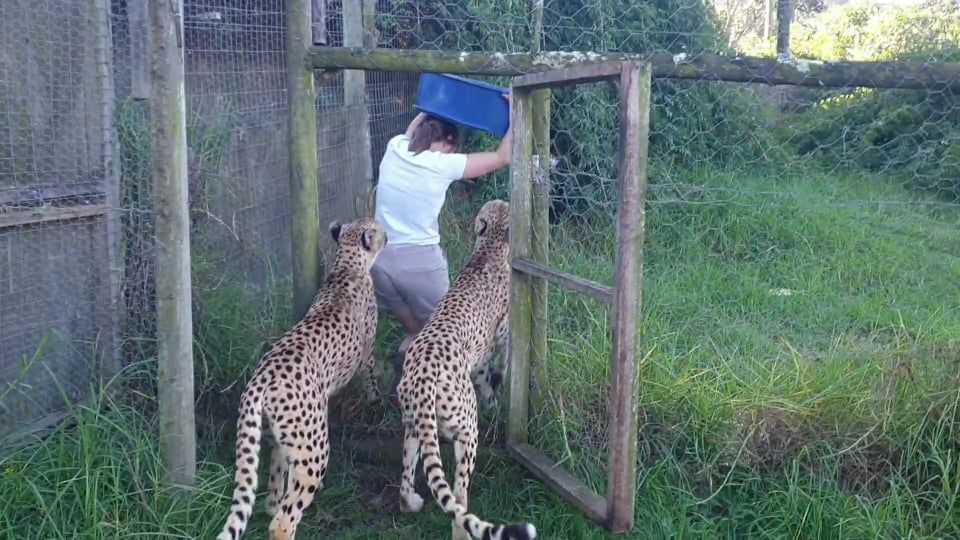 The volunteer described how, after the attack, she "moved onto another park, which was so much more professional.

"And they could not believe the procedures for feeding cheetahs were at the park I had been to.

"They told me to contact Blood Lions to warn other volunteers that they have to go to proper professional parks if they volunteer which are safe."

Amandine said they were taught to walk into the cheetah enclosure while balancing heavy trays of raw meat on their heads.

The volunteers would then put the food down on the ground, and stay nearby to watch the big cats eat their fill.

She said: "In hindsight it was so dangerous, but when you just turn up as a new volunteer you just accept what you are told.

"But I just want people who do volunteer not to make the mistakes I made."

Student Amandine said she would not name the park as an investigation in to the attack is continuing. 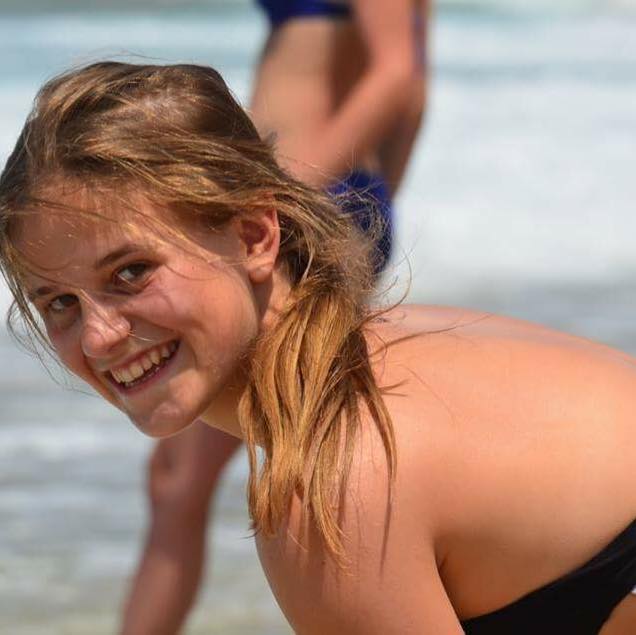 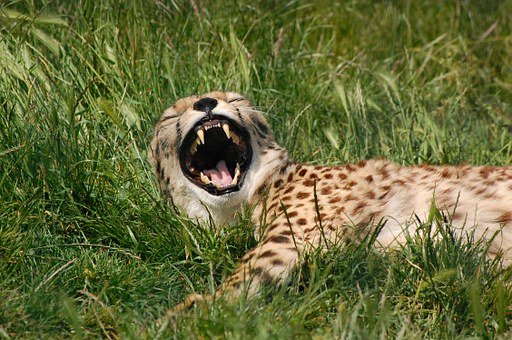 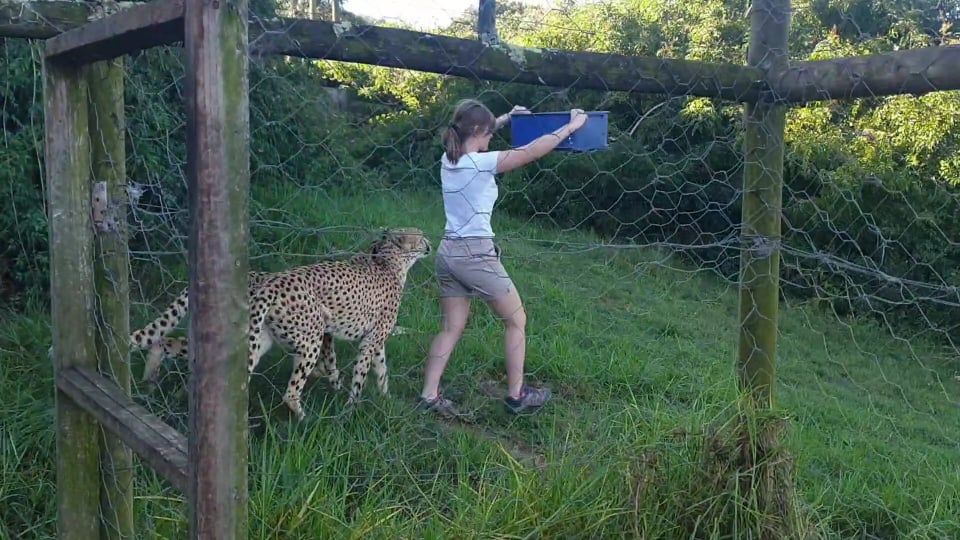 However, she spent two months working with animals in South Africa as part of her gap year.

Blood Lions are carrying out a global campaign to end the breeding of such predators, which are slaughtered for their bones – with the product sold to the Far East for medicines.

The lions are often killed in “canned hunting” where a hunter pays a vast amount of money to go into a small enclosure to shoot dead a predator that has learned to trust humans.

Tragically there are over 200 of these parks in South Africa – many of which use volunteers to tend to the wild creatures, not knowing that the animals are heading for an early death.

Blood Lions said: “This is not a stand-alone story as many paying volunteers and tourists have been attacked by captive big cats in South Africa over the last decade or so.

“We can only hope that Amandine will be one of the last victims.

“Working as a volunteer comes with a huge health and safety risk and we are aware of more than 50 incidents involving captive lions, tigers and cheetahs in these parks.

“Many more go unreported and over a third of those attacked are not as lucky as Amandine and sadly lost their lives during the attacks or as a result of their injuries.

“Many of the so-called “sanctuaries” are poorly designed which means inexperienced foreign volunteers have to be in the same space as predators while being fed meat."

Cheetah’s rarely attack humans, but in 2007 a 37-year-old woman was killed by one at Olmen Zoo, Northern Belgium, after sneaking into its enclosure to give it a cuddle.

Cheetahs are fearsome predators which can run at speeds of 80mph. They weigh about 165lb and can be 5ft long and 3ft tall.