Bartender wins lawsuit against Cuba Gooding Jr. over claims the actor ‘pinched’ her butt at an NYC nightclub

A bartender who accused Cuba Gooding Jr. of groping her buttocks has won a default judgment against the actor after he failed to respond to her lawsuit for more than a year.

Natasha Ashworth claimed the 53-year-old ‘pinched’ her without consent at the Tao Downtown Nightclub in New York City. Ashworth initially filed the civil suit for assault, battery and intentional infliction of emotional distress against the Oscar-winning actor in October 2019. 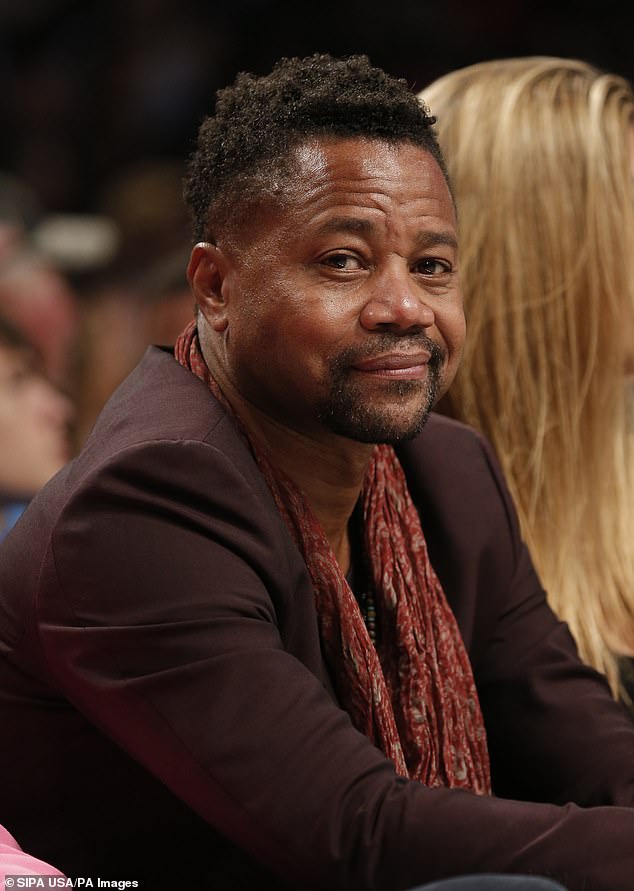 But the judge denied a default judgment on the claim of infliction of emotional distress citing redundancy.

Tisch said the case will be set for trial to determine damages.

Gooding’s criminal attorney Mark Heller said ‘the claim is baseless and the judgment is worthless.’

Ashworth said in court documents that Gooding asked her if she wanted to hear a joke that was sexual in nature and after she declined, he recited the joke anyway.

She said as her work shift was winding down around 4:20 a.m., he approached her and used ‘his right hand reached to pinch [her] on her right buttocks.’

Ashworth said she told the actor, ‘Don’t touch my butt’ to which he responded, ‘Aw, that’s no fun … and I didn’t, I touched your back.’

After unsuccessful attempts to touch her again, a promoter at the club told him to leave the establishment, to which he ‘pushed the promoter out of his way and approached a manager,’ Ashworth said.

Ashworth said Gooding told her, ‘You don’t have to worry, because I am never coming back here again.’ 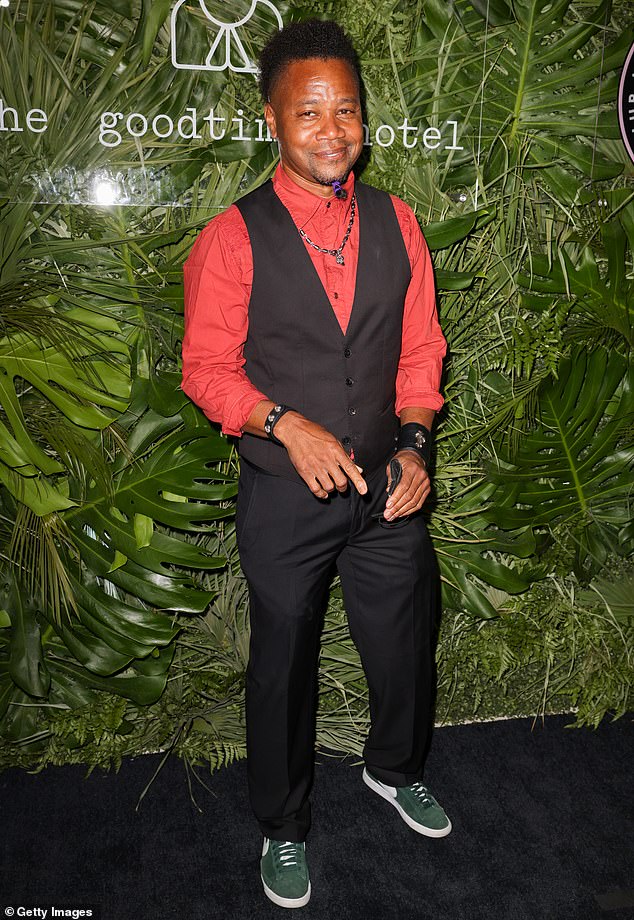 Gooding, who has been accused of sexual misconduct by at least 30 women in recent years, has denied all of the accusations.

The actor has been criminally charged on six misdemeanour counts of sexual abuse and forcible touching stemming from the allegations of three accusers – including Ashworth.

He was arrested in June 2019 for allegedly groping a 30-year-old woman’s breasts inside the Magic Hour Rooftop Bar and Lounge in the Moxy Times Square hotel.

THE CHARGES AND ALLEGATIONS

Gooding Jr. has been charged with forcible touching and third degree sexual abuse – both misdemeanors – for allegedly touching a woman’s breast at the Magic Hour Rooftop in Manhattan this June. He denies it.

The grand jury indictment is connected to a different incident, in October last year at Tao nightclub in Manhattan.

For that incident, he is charged with forcible touching and third degree sexual abuse.

Papers filed by prosecutors on Tuesday also describe 12 other incidents over which he has not been charged but which prosecutors think constitute misconduct. They include:

1) A 2001 incident at the W Hotel where he approached a woman he had never met and ‘rubbed his groin and pelvis against her buttocks while simultaneously grabbed her buttocks and breast with his hand’.

2) A 2003 incident at the Yard House in Long Beach where he allegedly put his hand on another woman’s buttocks and ‘squeezed it’ while they had a photo taken together. He then told her: ‘You’ve got a good piece of a**’

3) A 2006 incident at Chi, a bar in Hollywood, where he approached a woman from behind and ‘bit her shoulder, on her bare back’ twice, then ‘thrust his pelvis’ against her leg and ‘attempted to lift the bottom of her shirt up’

4) A 2007 incident at the Hard Rock Hotel in Las Vegas where, at a ‘movie related event’, ‘forcibly pulled’ a woman towards him and ‘attempted to kiss her’ after calling her and her friends over to his table. He then allegedly ‘licked’ her face and ‘grabbed her buttocks’

The next night, he allegedly grabbed the same woman and placed his tongue against her closed lips

5) An incident at Butter, a now closed nightclub in Manhattan, sometime between 2007 and 2008 where he allegedly grabbed another woman’s buttocks and ‘squeezed’ it as she walked through a crowd

6) An incident in 2011 at a bar in Los Angeles where he allegedly placed his hand inside a woman’s blouse and ‘squeezed her bare breast’ and told her: ‘sit on my face and pee in my mouth’

7) An October 2011 incident at Sfuzzi’s in Dallas, Texas, where he allegedly grabbed a woman’s buttocks and ‘rubbed’ them

11) An incident ‘approximately five years ago’ at Burt’s Tiki Lounge in Albuquerque, New Mexico, where he ‘grabbed a woman’s buttocks’ then told her to stop smoking cigarettes.

12) On August 16, 2018, at the Shore Bar in Santa Monica, told a woman: ‘Damn, you’re hot’, asked if she was married then asked her to lean in closer to him where her proceeded to ‘grab her buttocks and breast and forcibly kissed her, inserting his tongue into her mouth’