Banks are told they must provide cash machines within a ‘reasonable distance’ of every UK home after more than 7,000 ATMs were shut during lockdown

Banks have been told to provide cash machines within a ‘reasonable distance’ of every UK home after lockdown shut 7,200 ATMs.

The Treasury has laid out its expectations after more than 10% of the country’s 60,000 cash machines were shut during lockdown.

It has not been established what exactly the government means when it refers to a ‘reasonable’ distance, but the Sunday Times has reported it may be around three miles. 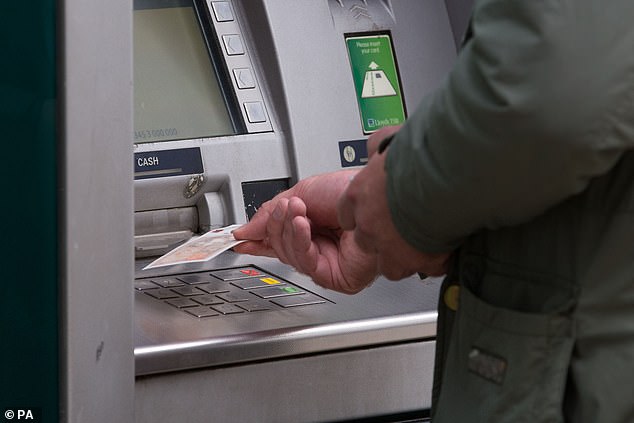 Banks will need to open cash machines within a ‘reasonable distance’ of every home in the UK. Around 7,200 ATMS are currently open out of 60,000 nationwide due to the coronavirus pandemic

The Sunday paper claims cash usage has dropped by around 90% in some parts of Britain, as businesses opt to use contactless card payments to try and slow the spread of the coronavirus.

The pandemic only fueled warnings that Britain could be heading toward a cashless society, after the contactless payment limit rose from £30 to £45 in April.

Chancellor Rishi Sunak made a promise in his budget on March 11 to pass laws so that everyone who needed cash could get it.

Some of the cash machines to close between April and June were too close to open machines, meaning they could not be used without breaking social distancing rules.

Many others were inside premises that had been shut during the lockdown, The Sunday Times reports. 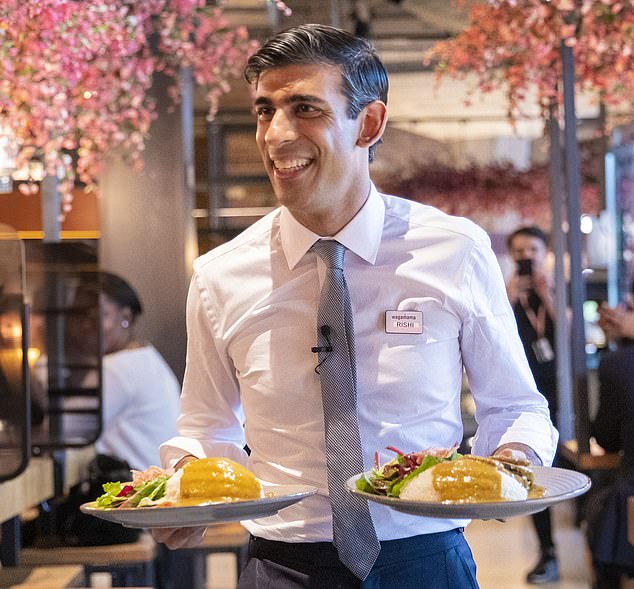 Gareth Shaw, head of money at the Which? consumer champion, said: ‘Millions of people have had no choice but to rely on cash during lockdown. It is vital that banks do all they can to ensure customers have access to the services they need and that people’s ability to pay for goods and services with cash is not permanently lost.’

Pensioner Johnny Hammond, 82, from Lulworth Dorset, has to drive up a hill on his mobility scooter three miles away to withdraw his state pension in cash.

He told the Sunday Times: ‘It looks to me that they want to do away with cash altogether so they can keep a check on your money at all times.’

The Treasury said: ‘We’re co-ordinating work across government, regulators and industry so we can protect access [to cash] for everyone who needs it, and have committed to bring forward legislation.

‘This work includes investing over £2bn in the Post Office since 2010, giving people local access to everyday banking services.’