CANTEENS could be closed and masks worn in offices under draft Government plans for the new workplace rules.

Brits are facing massive changes when they go back to work as employers are urged to minimise the risk of a second peak. 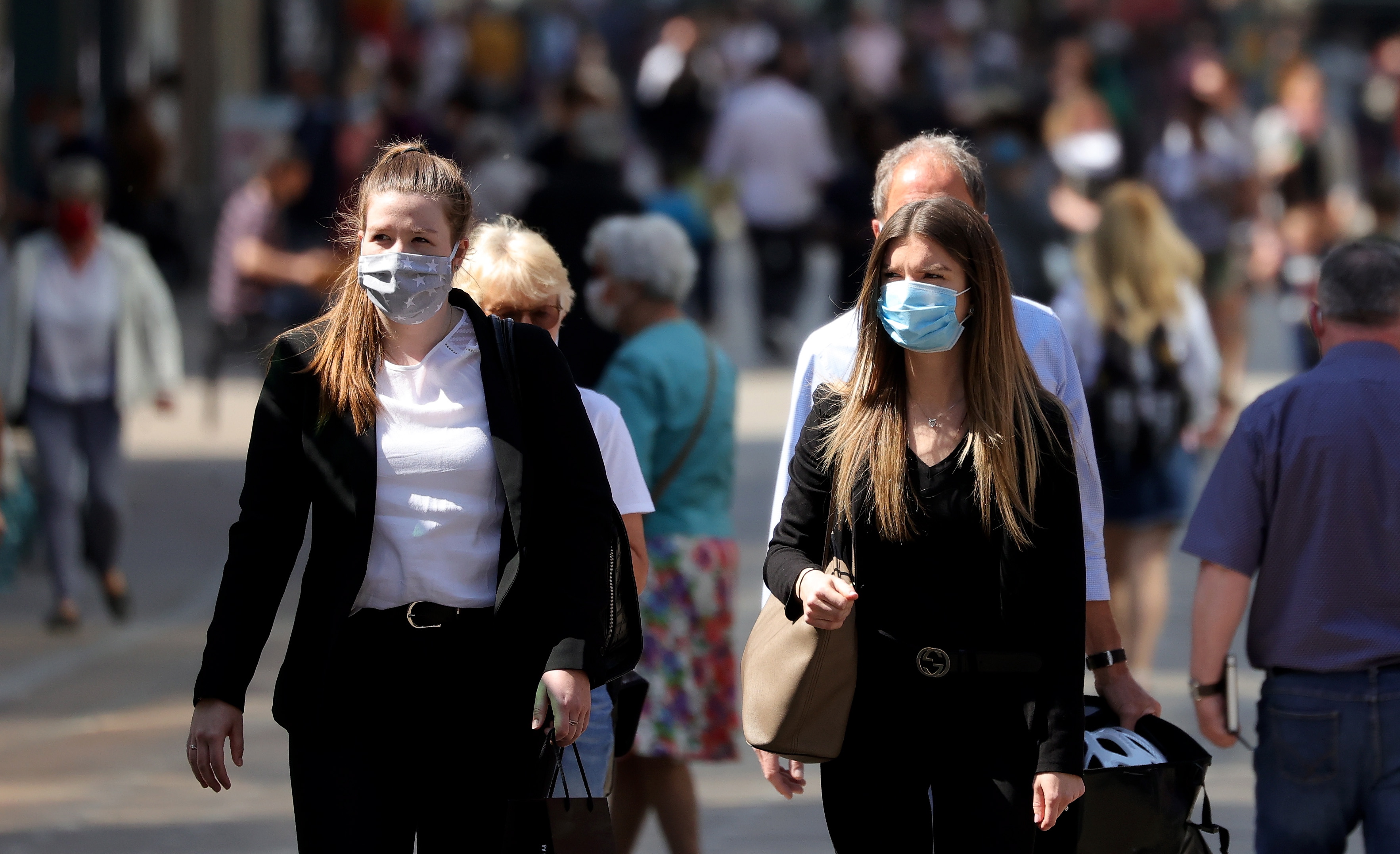 According to the BBC, restrictions being eased will see companies told to minimise the amount of staff using equipment, stagger shift times and maximise home-working.

The draft strategy also calls for physical screens and the use of protective equipment when staff cannot work two metres from each other.

Staff will also be told to avoid sharing pens and avoid face-to-face meetings.

Speaking this morning, Defence Secretary Ben Wallace insisted there were many ways Brits could reduce the risk while back in work.

He told Sky News: "You can look at shielding, you can look at how long you stay near people. The two-metre rule reduces the possibility of infection by a certain amount of time.

"I think there are options about how we can do it. You can wear PPE, that could be a possibility if you have to be in close proximity or indeed you could find other ways of doing it."

He also pointed towards supermarket workers working behind "shields". 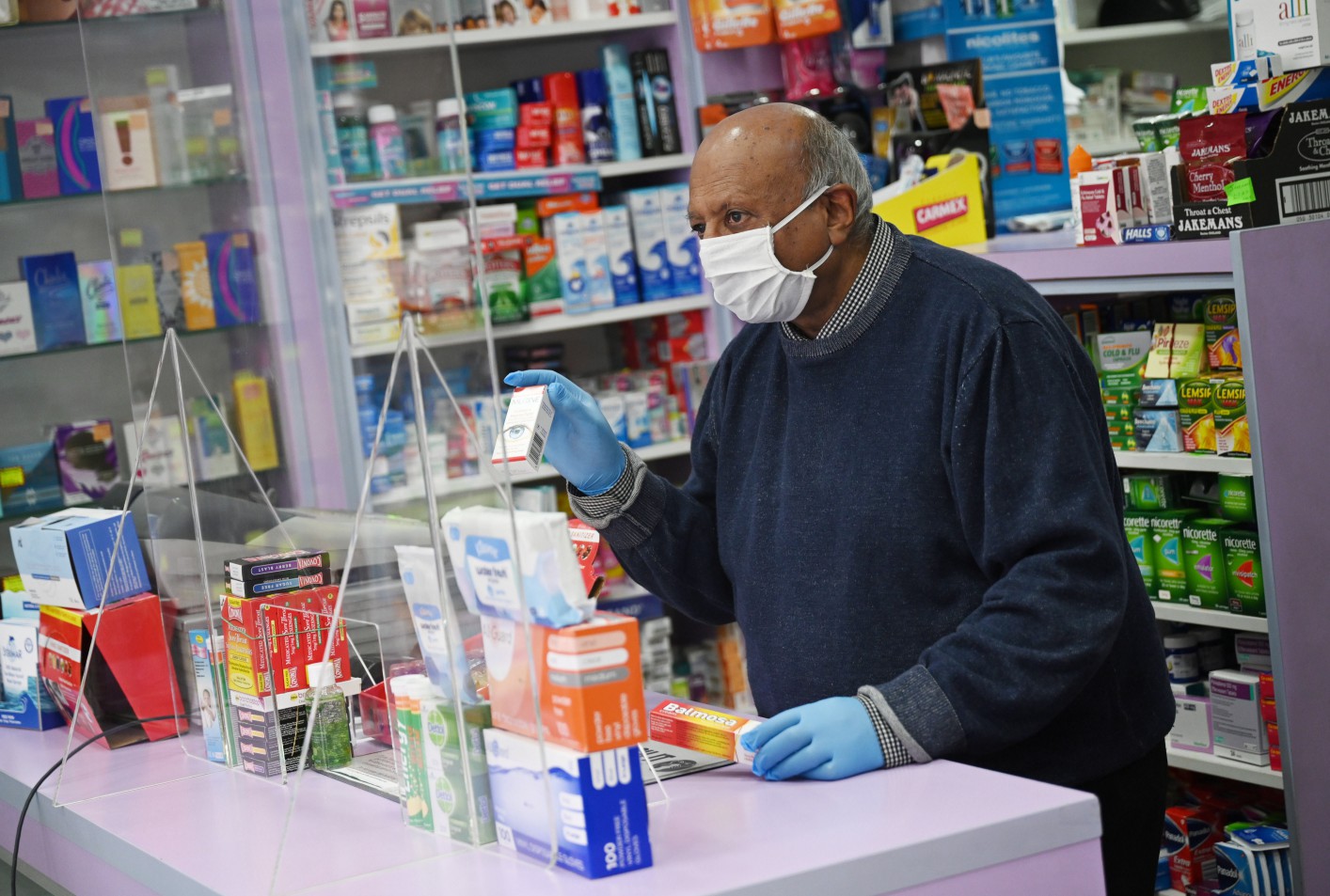 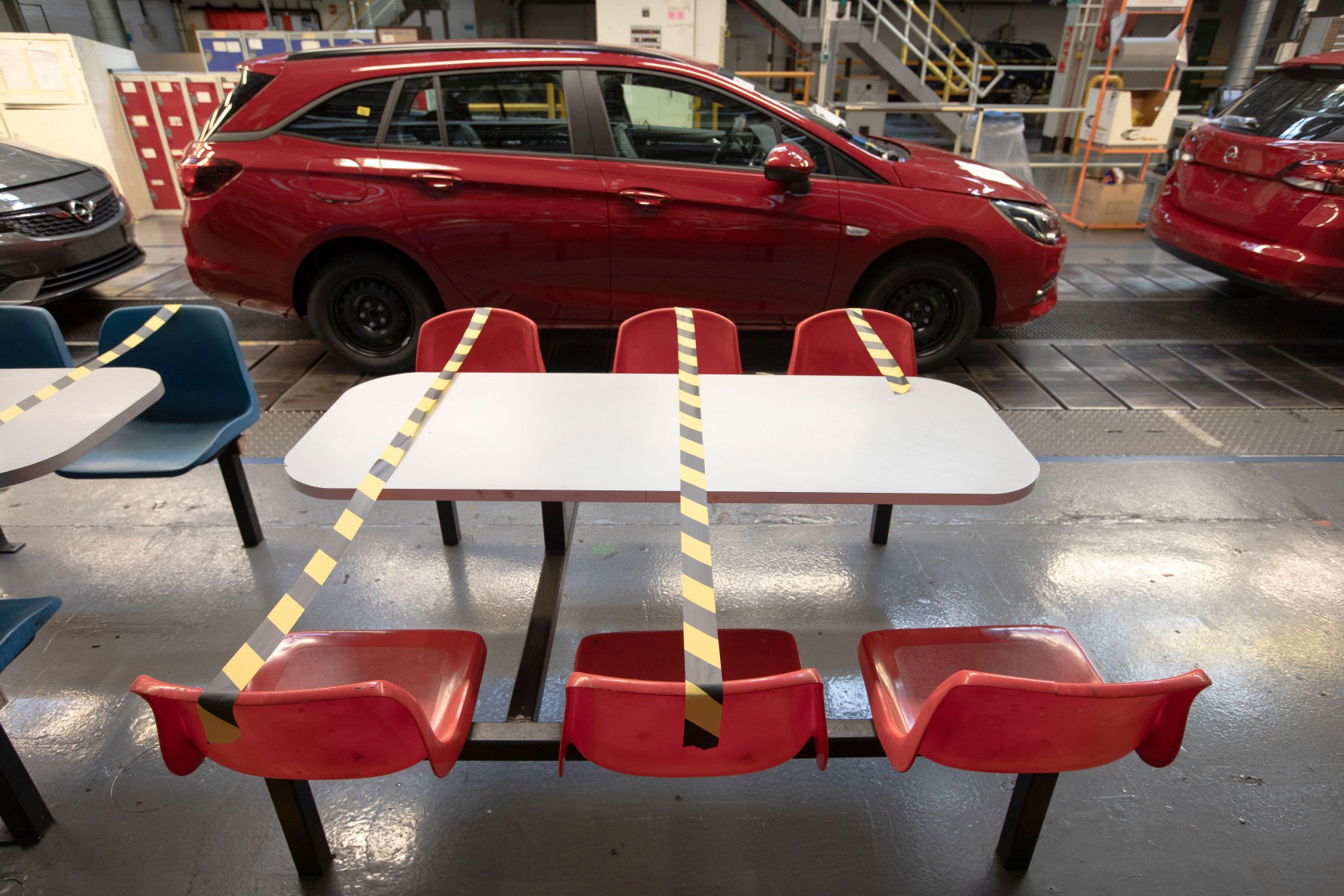 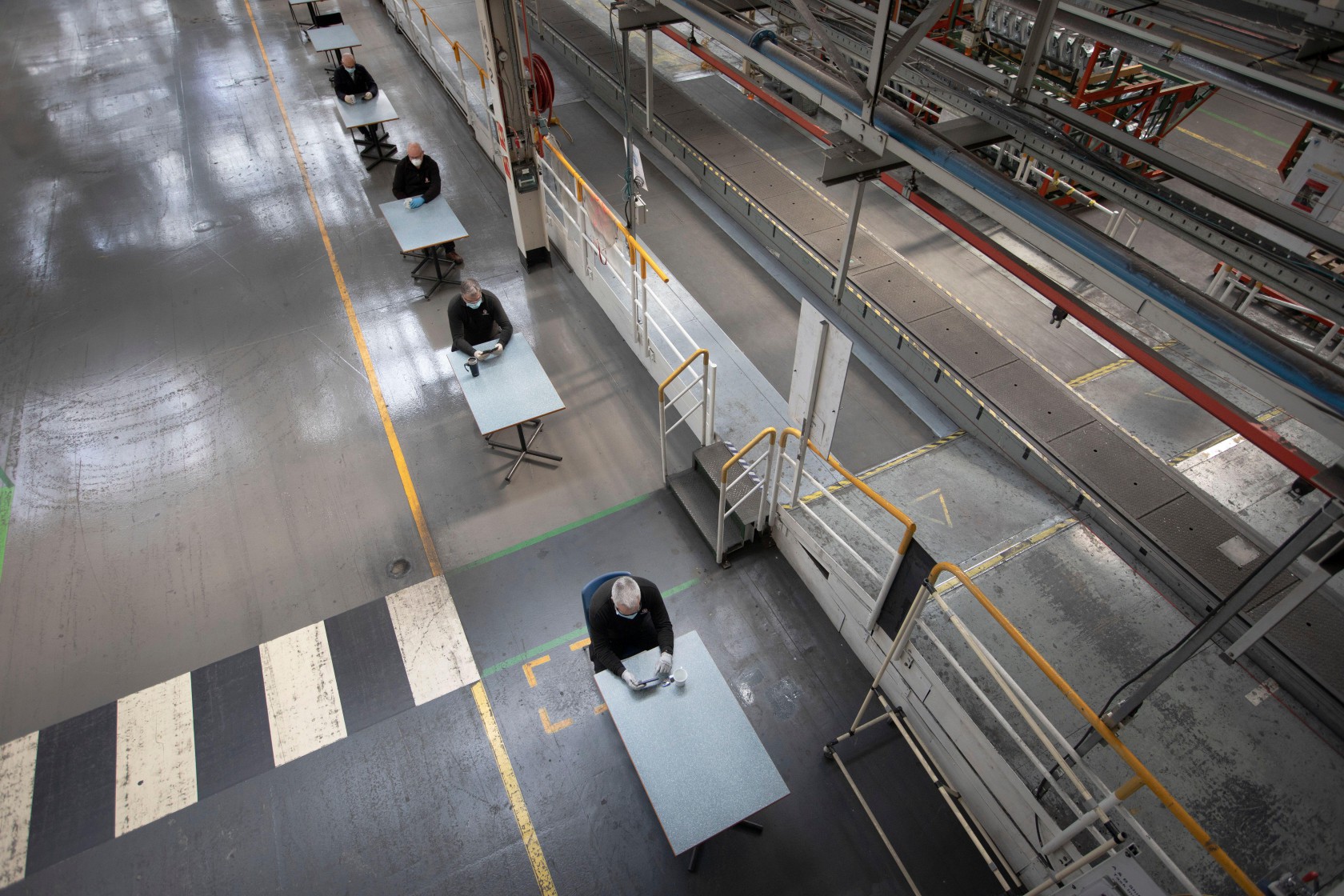 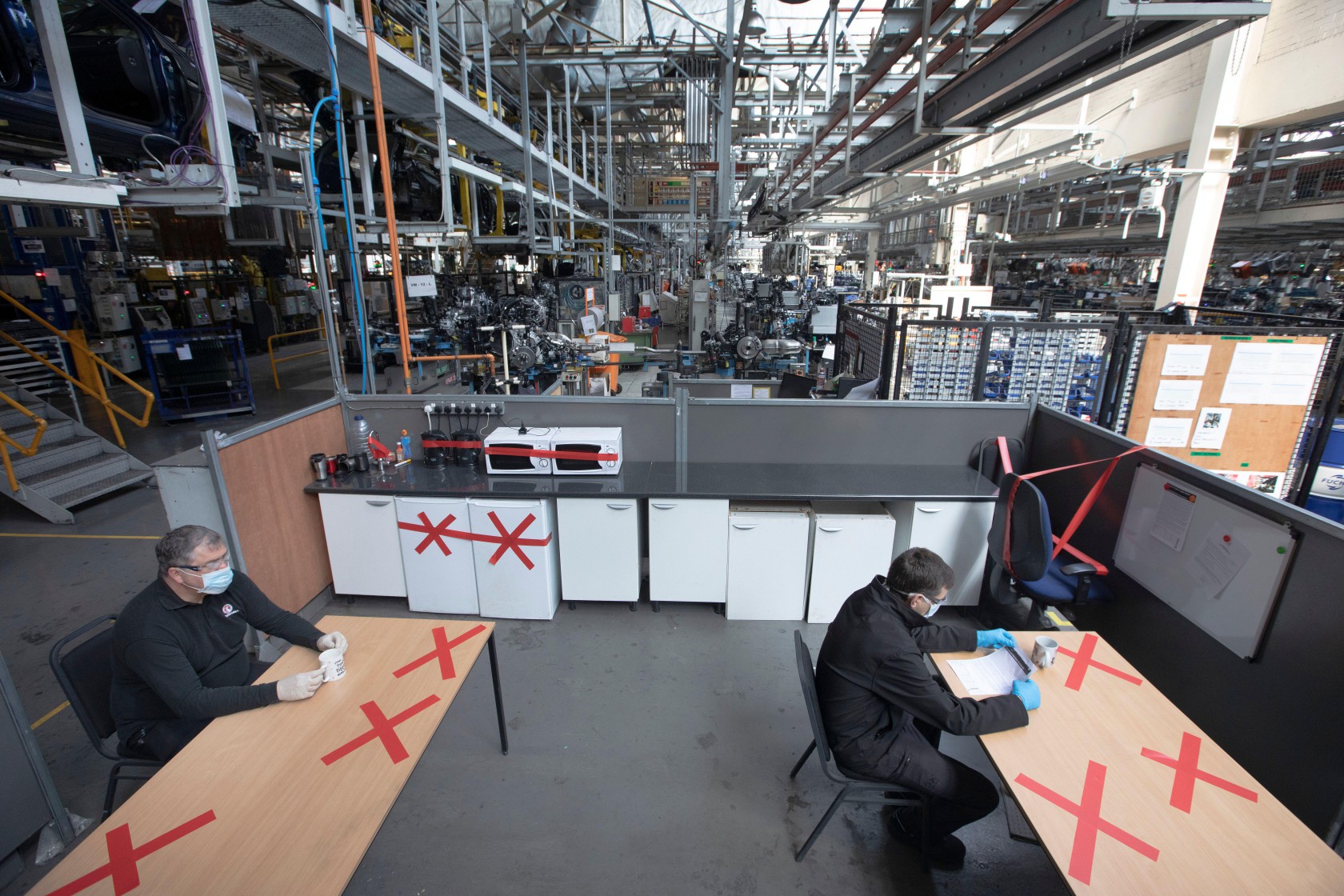 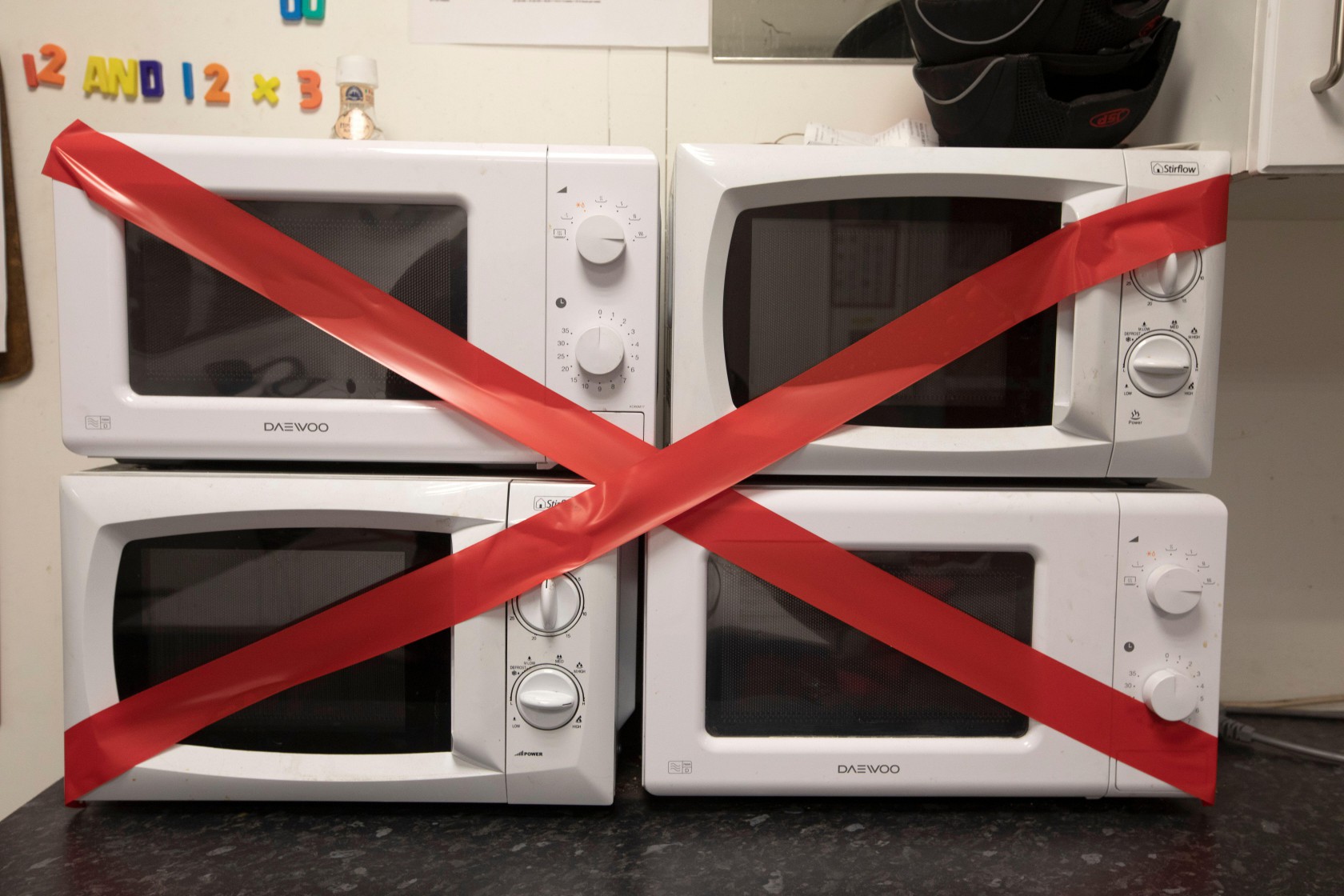 Companies could also be asked to lay on more parking spaces so staff don't have to rely on lifts from colleagues.

Under the plans, millions of companies will be required to draw up a “risk assessment” before staff can return.

Under the section marked “PPE”, it just promises more detail will follow.

Stores such as Aldi and Waitrose are already using the screens to protect staff, as well as limiting the number of customers.

Companies will also be urged to limit the number of people in lifts, and ensure social distancing is maintained in every area.

He told BBC Radio 4's Today programme: "It's based on old data about how far when we cough and we sneeze that the droplets and the aerosols that may come from that spread.

"There's nothing magical about two metres. Perhaps more importantly is the time you spend in contact with somebody else. Not just the distance but also the time."

The Prime Minister will reveal his "roadmap" out of lockdown this Sunday.

Last week Boris Johnson announced the public will be asked to wear face masks when lockdown measures are lifted as they are "useful".

The PM confirmed The Sun's story that scientists have advised they can have an effect on stopping the spread of the bug.

Michael Gove yesterday declared any changes will be “staged” and not a “flick of the switch”.

Most companies have been shut down since the lockdown was brought in on March 23.

Ministers will review those restrictions by Thursday.