Even before the Special Air Service Regiment’s 2nd and 3rd squadrons deployed to Afghanistan in 2012, there were red flags about a small number of SAS soldiers.

The heavy set, scowling Patrol Commander Z had been accused by police and associates in Perth of domestic violence, heavy drinking and mental instability, but he escaped serious criminal sanction and was told by SAS command he could still deploy overseas. 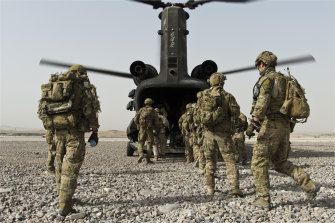 The equally aggressive and arrogant Patrol Commander X was, according to two SAS colleagues, overheard encouraging a junior soldier to execute prisoners during a training exercise. Soldier X was challenged by his peers but shrugged it off. He too packed his bags for southern Afghanistan in 2012.

There were other signs of a malaise in the regiment leading up to those 2012 deployments, which came a decade into Australia's longest war. A junior officer later wrote in a confidential letter, obtained by The Age and The Sydney Morning Herald, that pockets of the regiment were “no better than an infantry battalion from a bygone era, where binge drinking and other reckless behaviour was commonplace”.

“We have lowered our moral obligations,” the officer warned.

He was not the only one to express such concerns. A second officer who worked with the SAS and deployed to Afghanistan described being worried that impunity for minor rule-breaking was fuelling a feeling among some soldiers that they were untouchable.

As the Brereton Inquiry’s final war crimes report made clear when it was released on Thursday, the slipping of standards in the most elite army regiment in Australia did indeed foreshadow something worse. 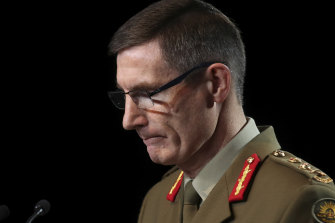 In 2012 more alleged war crimes occurred than in any other year, and those two patrol commanders, Z and X, whom The Age and Herald have chosen not to name for legal reasons, are allegedly responsible for some of the worst incidents from 2012 that have been referred to federal police.

"It was at the patrol commander level that the criminal behaviour was conceived, committed, continued and concealed," Justice Paul Brereton wrote in his report. Evidence he uncovered, along with that previously revealed in multiple reports over three years by this masthead, suggests 39 Afghan prisoners and civilians were murdered in cold blood.

Yet almost all of those now accused of those murders came very close to escaping accountability. Their reckoning would take years to arrive.

Among the most pressing questions to emerge from Thursday’s briefing by Chief of Defence Force Angus Campbell about the findings of the Brereton Inquiry is whether these pre-deployment warning signs and other red flags could have been acted on to prevent war crimes.

If that is the case, who failed to act? Senior soldiers? Their officer superiors? And what of the failure to realise that other pressures facing soldiers – such as the repeated deployments in a war without any clearly defined final objective – might be eroding moral standards? How far does responsibility for this failure extend up the chain of command?

In April, the commander of Australia’s Special Forces, Major-General Adam Findlay, addressed some of these questions in a confidential briefing to SAS soldiers at the Perth headquarters of the famed regiment. Findlay’s comments, reported first by The Age and Herald in June, are the rawest and most honest appraisal given by any military leader about the war crimes scandal. Findlay did not know his comments would leak and so he spoke from the heart.

He said something had begun festering in Perth before combat deployments, infecting small groups of men, and that had led to the alleged wrongdoing in Afghanistan.

“One of the behaviours that we believe has caused all the problems is a mentality in special operations command of entitlement,” he explained. “Because somehow you wear a sandy beret … somehow you are different and you don’t have to do things like the rest of army because you are special.”

Some in the SAS, said Findlay, had become less a soldier than a “self-righteous, entitled prick”. And some of these people were going out on combat missions.

Findlay said a belief among certain soldiers that they could write and operate by their own rules had led both to bad soldiering and the recalibration of moral standards. This came at the very time when the small SAS patrols responsible for doing the army’s most dangerous work needed to be working cohesively and with unquestionable integrity.

To illustrate his point, Findlay described five-man SAS patrol teams “3000 kilometres from home doing clandestine missions, relying on everything in the universe going to your favour”. As these patrol teams moved stealthily up the mountains and through the valleys of Oruzgan province, or cleared compounds and detained Afghans for questioning, they were out of sight of officers or other senior soldiers. 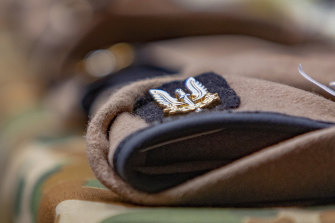 SAS sandy berets ready to be handed to those who have completed the training.Credit:ADF

The onus was on these “magnificently trained and selected small groups” to therefore “have something that tells you what is right and what is wrong when nobody is over the top of you”.

“Culture is what happens when your boss isn’t looking,” Findlay said. The war crimes allegations, said Findlay, showed this moral culture had in some cases completely broken down.

But in answering some questions about what went wrong, Findlay’s speech laid bare another mystery. Because in the military, someone should always be looking. Senior soldiers, who as patrol commanders led teams of four to five SAS men, might have been acting with impunity and out of sight, but it was still the officers' job to know this, or to at least hear the chatter and see the red flags in the post-operation briefings, when suspicious "killed in action" reports were disseminated.

As the SAS train derailed, it was because some of these patrol commanders and their deputies, as well as junior officers and commanding officers, had abandoned their moral or leadership obligations. They became bystanders, empowering the bullies and murderers.

Campbell this week put the failures down to a "self-centred warrior culture" inside the SAS, which was amplified by some "experienced, charismatic and influential non-commissioned officers and their proteges, who sought to fuse military excellence with ego, elitism and entitlement".

And yet, at the same time, highly moral officers and soldiers were unquestionably doing the right thing. They were quietly challenging the bad behaviour. Their concerns, initially at least, were ignored. 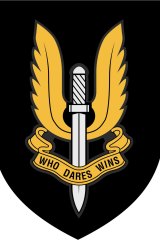 The SAS logo: ‘Who Dares Wins’

According to multiple defence sources, Patrol Commander Z was known to be out of control during 2012. He was bullying soldiers and support staff and was full of menace and violence. One witness described him bashing an Afghan detainee so severely that his face was badly disfigured.

His suspected summary execution murder of another prisoner was spoken about openly among the few dozen soldiers on the ground with him. An officer of the rank of major was notified. But still nothing happened. There were no consequences for Z until frustrated SAS insiders began speaking to journalists at The Age and Herald. After this, in 2019, Brereton began making his own queries.

Patrol Commander X was similarly out of control in 2012, according to those serving alongside him. Along with bullying his subordinates, he has been investigated by Brereton for involvement in multiple summary executions that year. Again, suspicions were whispered about among soldiers and officers on the ground in Afghanistan, and back in Perth in 2013 and 2014.

So what happened to him? X was decorated on the recommendation of senior SAS soldiers and officers for his leadership of junior soldiers. Again, it was only when whistleblowers contacted journalists, and later Brereton, that X’s impunity evaporated. Soldiers X and Z are now being probed by the federal police and face possible prosecution.

But what of the leadership failure around them that led to red flags being ignored and disclosures or suspicions dismissed?

Several reviews of SAS culture by defence consultant Dr Samantha Crompvoets and former spy chief David Irvine have concluded that some officers failed to exercise adequate oversight of their soldier subordinates. The officers in charge of soldiers X and Z are understood to have had their actions closely scrutinised, including at least one who is the subject of critical findings by Brereton.

Defence Force chief Angus Campbell has warned some officers will be stripped of medals and possibly demoted.

The commanding officer of the Special Forces in Afghanistan in 2012 has been cleared of any wrongdoing by Brereton, and is considered by many soldiers and top brass to be one of the smartest, most ethical Defence Force leaders. Yet this high-ranking officer, along with the officers who supported and preceded him, are now under pressure over the roles they played in a command structure that failed.

The Brereton Inquiry concluded that "commanders indirectly contributed to the criminal behaviour in a number of ways, but in particular by accepting deviations from professional standards in respect of behaviour, by sanitising or embellishing reporting to avoid attracting questions, and by not challenging or interrogating accounts given by those on the ground".

"Moreover, Special Operations Task Group troop, squadron and task group Commanders must
bear moral command responsibility and accountability for what happened under their command
and control."

Brereton has criticised some of the mid-ranking officers who commanded the SAS and who, along with influential senior soldiers, encouraged a "warrior culture" at the expense of morality. But he has cleared the very top brass of culpability because they were too far away from the operational action to bear command-and-control responsibility for the shocking failings on the ground.

He has also cleared successive governments of responsibility for the strain they placed on the special forces via repeated deployments. The ADF never told any politicians that these multiple high-tempo missions might be coming at a terrible cost, he concluded.

Brereton also found that "the vast majority of Special Forces personnel did repeatedly deploy to Afghanistan without resorting to war crimes".

The judge is ultimately unequivocal about where he believes most culpability should lie for those few who executed the weak, the defenceless and the unarmed. It was patrol commanders, such as X and Z, who according to credible evidence went rogue and forced junior soldiers to do the same.

With these senior serving and former soldiers now facing criminal investigations and possible prosecutions, their reckoning is just beginning.