MORE than 90 per cent of people who have had two doses of the Pfizer vaccine have high levels of Covid antibodies, a major study has found.

New data from Imperial College London also showed that those who have previously had Covid had a strong immune response after a single dose. 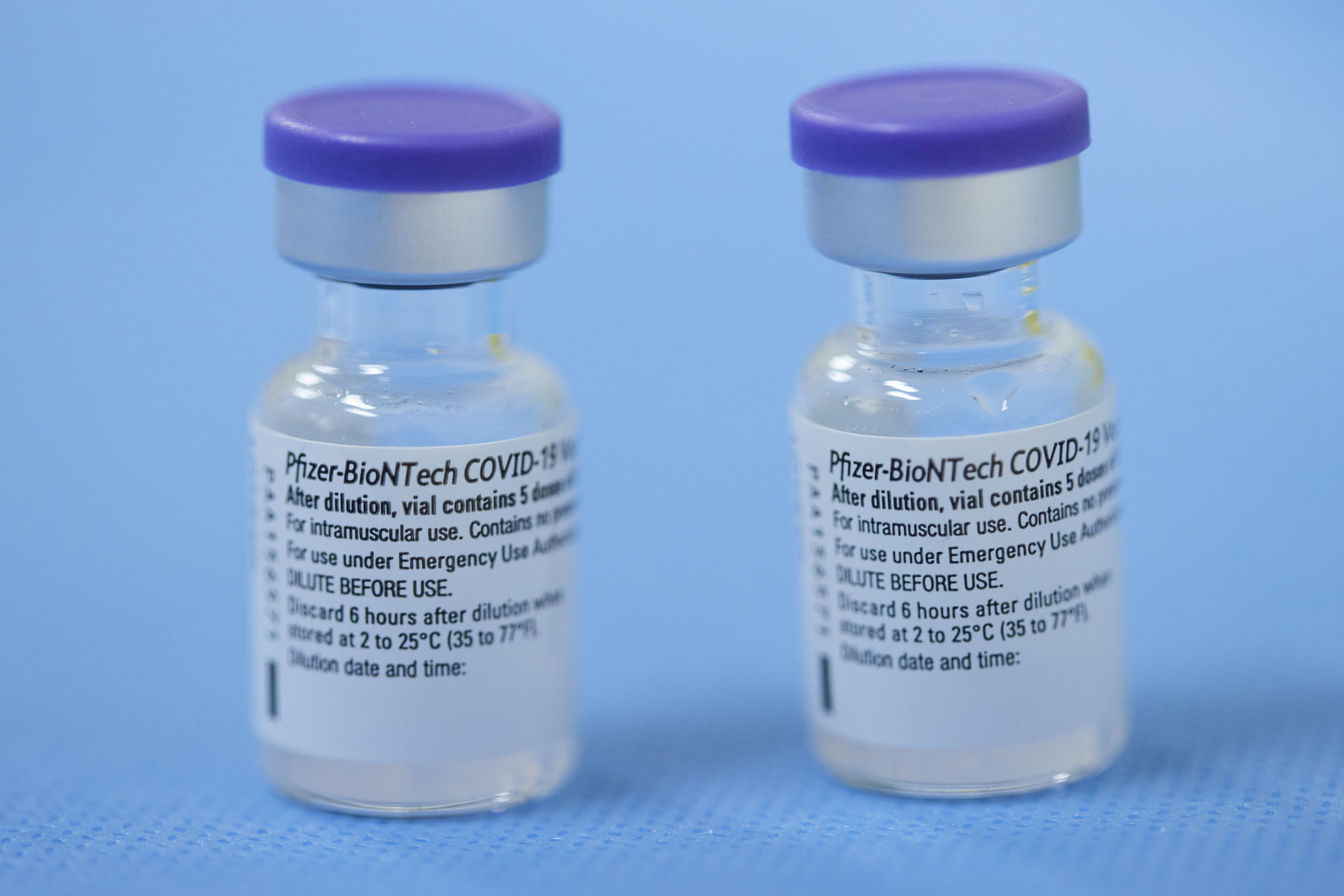 Their findings, published today, show that 87.9 per cent of people over the age of 80 tested positive for antibodies after two Pfizer vaccine doses.

The data is based on home finger prick tests from 154,000 people between January 26 and February 8.

It showed that 13.9 per cent of the population had antibodies either from infection or vaccination.

Of these participants, more than 17,000 said they had received at least one Covid-19 vaccine dose. 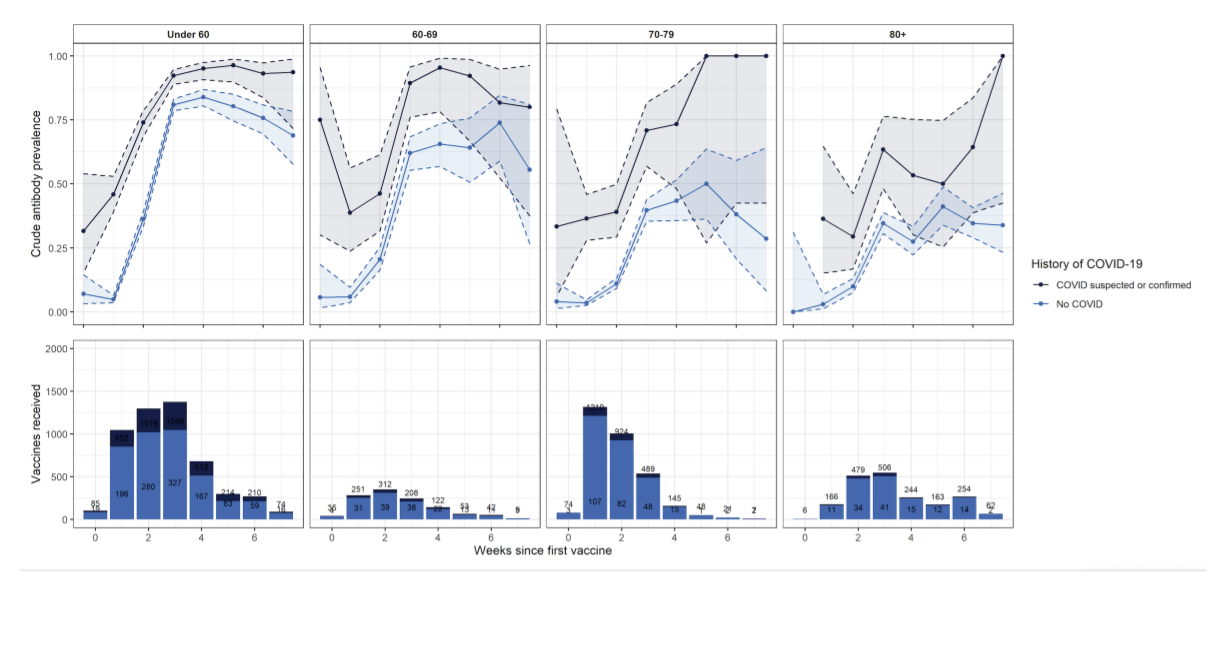 For those who received a single dose of the Pfizer vaccine after 21 days, the proportion testing positive for antibodies was 94.7 per cent in those under 30.

The researchers say these findings align with existing research that suggests those aged over 80 take longer to develop an antibody response to infection and the immune response is not as strong.

Researchers also found 92 per cent of those surveyed reported that they would accept or had already had a Covid jab.

Vaccine confidence varied by age, sex and also by ethnicity, highest in those of white (92.6 per cent) and lowest of Black (72.5 per cent) ethnicity.

The three most commonly selected reasons for vaccine hesitancy were wanting to wait and see how the vaccine works, worried about long term health effects, and worried about side effects, researchers said.

Professor Helen Ward, lead author for the study, said: “It is very encouraging to see that uptake and confidence in the vaccination programme is so high, and that most people develop a detectable antibody response after one dose.

"Our findings suggest that it is very important for people to take up the second dose when it is offered.

"We know that some groups have concerns about the vaccine, including some people at increased risk from Covid-19, so it is really important that they have opportunities to discuss these and find out more.”

Health Secretary Matt Hancock said: “These findings shed more light on rates of antibodies across the UK and among different groups, as we continue to strengthen our understanding of Covid-19.

“It is fantastic to see over 90 per cent of people surveyed would accept or had already accepted a vaccine, as we continue to expand the roll-out.

“I urge anyone who has been invited for a vaccine to book an appointment.

"And while we are seeing rates of the virus gradually decline it is important we all hold our resolve and follow the rules as we deliver on our cautious but irreversible approach to easing lockdown.”

But the researchers cautioned that there is still insufficient information to say how protected a person may be from Covid-19 based on a positive antibody test result – and it does not mean they are immune.

They add that it is vital everyone continues to follow the rules in order to keep themselves and those around them safe.

Data from the Oxford vaccine weren't included as there were too few individuals reporting doses more than 21 days earlier to analyse the antibody responses, they added.

It comes after the Education Secretary Gavin Williamson revealed at last night's press conference that 18.2million have now got the vaccine across the UK as the rollout continues to go from strength to strength.

Asked about the possibility of the road map out of lockdown being accelerated if the data is better than expected, Gavin Williamson said: "As the Prime Minister said, there are no plans whatsoever to be moving ahead of the dates that have already been given.

"We want to give the public as well as business the confidence and the assurance as to when these next steps are going to be happening.

"But there is certainly no plans to be moving ahead of that."