Finally, after 647 days, Nicola Sturgeon will allow you to take off your mask: Scottish First Minister to relax rules in public places from Monday leaving Welsh hospitals the last places in Britain to force restrictions on staff and visitors

Scots will no longer legally have to wear face masks in any setting from next week, the Government confirmed yesterday.

Nicola Sturgeon said the relaxation of rules requiring people to wear masks in public places is to start on Monday, after almost two years.

From then, wearing a covering will become guidance rather than a legal requirement.

It means Welsh hospitals and care homes are now the last places in Britain still forcing restrictions on staff and visitors, though they too are expected to be lifted by next month.

Miss Sturgeon said: ‘In recent weeks we have seen steady progress as we move back to a greater sense of normality and a more sustainable way of managing this virus.

‘However, our NHS is still under pressure and the most vulnerable members of our society can still benefit from additional measures to protect them from the virus.

‘That is why although the use of face coverings will become guidance rather than a legal requirement, I strongly recommend members of the public continue wearing face coverings in indoor settings where possible, and particularly when significant numbers of people are present.’

Colin Wilkinson, Scottish Licensed Trade Association managing director, said the decision to relax the rules was ‘not before time’. 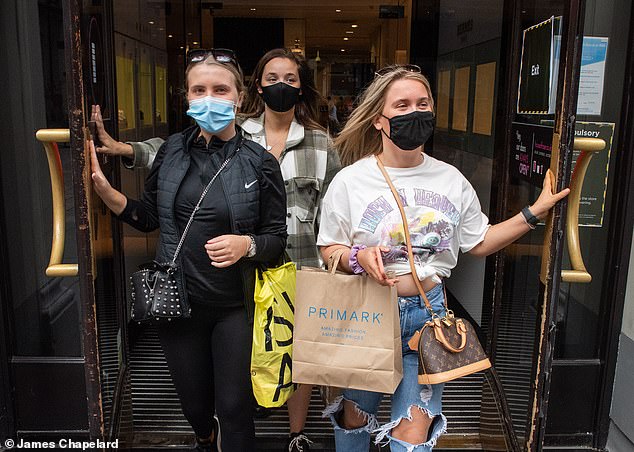 The relaxation of rules requiring people to wear masks in public places is to start on Monday, after almost two years 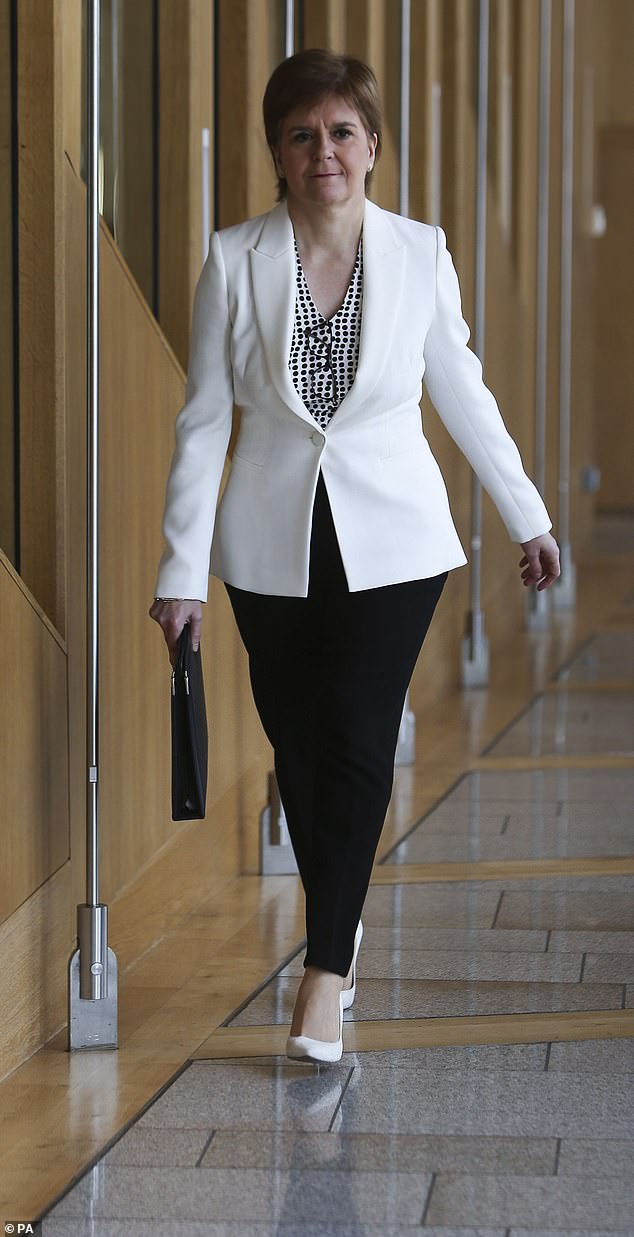 He said: ‘Scotland has been out of step with England for months and it has led to confusion for customers, particularly visitors from south of the Border, and frustration for business owners and their staff – the lack of use of face coverings has been clearly evident in many settings.

‘The decision to move the legislation to ‘guidance’ is warmly welcomed although not before time and long overdue, and while we had hoped it would have been in force ahead of the Easter holidays, a time when licensed hospitality traditionally experiences an uplift in business, it is better late than never.’

Health Secretary Humza Yousaf has said indications are ‘positive’ that Scotland is exiting the current coronavirus wave but warned that it will not be the last the country will have to deal with.

The Health Secretary was speaking yesterday as he announced the takeover of the private Carrick Glen Clinic by NHS Ayrshire & Arran to become part of a network of ten national surgery treatment centres.

The programme forms part of the health service’s recovery as it tries to deal with a backlog caused by the pandemic.

When asked if Scotland is heading in the right direction in terms of managing Covid, Mr Yousaf said: ‘This is not the last wave we are going to have to deal with. I think there could be other waves, certainly, that my public health experts tell me… we’ll have to deal with.

‘I’ll still be wearing face coverings in particular settings, and we’ll be encouraging other people to do similar.’

Mr Yousaf also urged school pupils to protect their peers upon the return to classes after the Easter holiday by getting the jab.

He said: ‘We know it offers the best protection possible.’