Washington: With the White House flags flying at half-mast, President Joe Biden addressed the nation on Tuesday (AEDT) to mark what he described as a “truly grim, heartbreaking milestone”. Half-million Americans dead from the coronavirus.

“We have to resist becoming numb to the sorrow,” Biden said, before attending a candle-lit vigil and participating in a minute’s silence. “We have to resist viewing each life as a statistic or a blur or on the news.”

The 500,000 figure, Biden noted, exceeded the American casualties from World War I, World War II and the Vietnam War combined. He could also have noted that the country’s coronavirus death count was as if the population of a city like New Orleans had been wiped off the map. 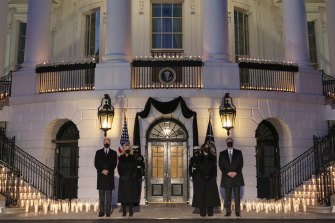 It took four months from America’s first recorded case of COVID-19 for the nation to reach 100,0000 deaths – a figure that then seemed staggering. It took another four months to reach 200,000 and three months after that to reach 300,000.

But as temperatures dropped, and Americans began travelling across the country to visit family for Thanksgiving and Christmas, the death count rapidly accelerated. It took just a month for the national death toll to surge from 300,000 to 400,000, a milestone reached on the eve of Biden’s inauguration. The 500,000 toll came just a month later.

In absolute terms, the US death count is the highest in the world. On a per capita basis it is the ninth highest, according to Johns Hopkins University, behind countries such as Belgium, the United Kingdom and Italy.

“It’s nothing like we’ve ever been through in the last 102 years since the 1918 influenza pandemic,” Anthony Fauci, the nation’s top infectious disease expert, told CNN over the weekend. 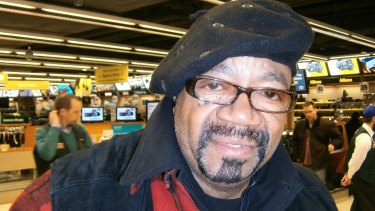 After initially being sceptical of the COVID-19 vaccine, Alston Green has had two shots and feels optimistic about the future.

But after consulting with his doctor, he was convinced of its safety and effectiveness. Last week he became one of the 19 million Americans to have received a second COVID vaccination shot. According to medical experts, he is now at little risk of dying or becoming seriously ill from the virus.

“It gives you a sense of confidence and comfort,” Green said after getting the shot. “I’m beginning to feel more optimistic already.”

While honouring the half-million Americans who have died from COVID, Biden offered hope that the pandemic could soon be brought under control.