This is what it looked like as protesters in the capitol tried unsuccessfully to create an anarchic, cop-free zone outside the White House on Monday night — momentarily barricading a city block which they dubbed the “Black House Autonomous Zone,” or “BHAZ.”

Seemingly inspired by a similar, violence laden police-free zone in Seattle named “CHOP,” masked activists were seen by The Post dragging materials from nearby construction zones and chain link fences in an attempt to declare as their own the space next to Lafayette Square.

Protesters vandalized the front of the historic St. Luke’s Episcopal Church by spray-painting “BHAZ” on its facade while the boarded-up Hay-Adams Hotel also bore the demands of the group to abolish police and end systemic racism.

Outside the church, where President Trump held a controversial photo-op on June 1, several squatters had moved in, erecting tents and tarps, while a free community kitchen dubbed “Earls First Amendment Grill” was providing free food for so-called “freedom fighters.”

Police quickly swarmed the area on Monday night when demonstrators tried to pull down a statue of President Andrew Jackson in the middle of Lafayette Park, forcefully clearing the area and using chemical irritants to disperse the crowd.

By Tuesday morning, authorities had regained control of BHAZ but the block was still covered with tents and barricades. 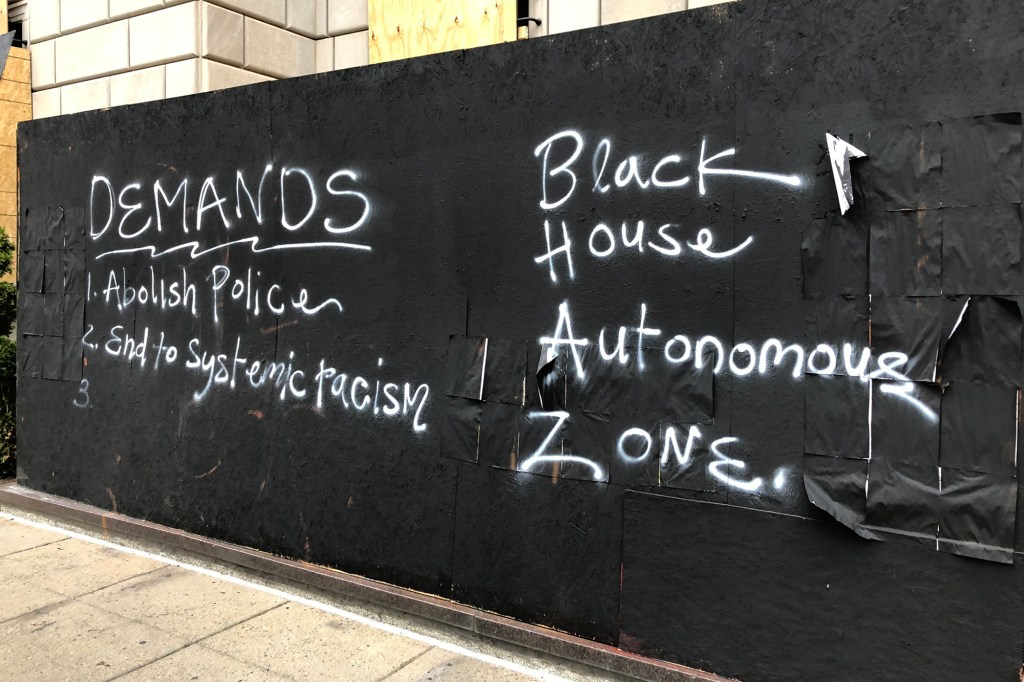 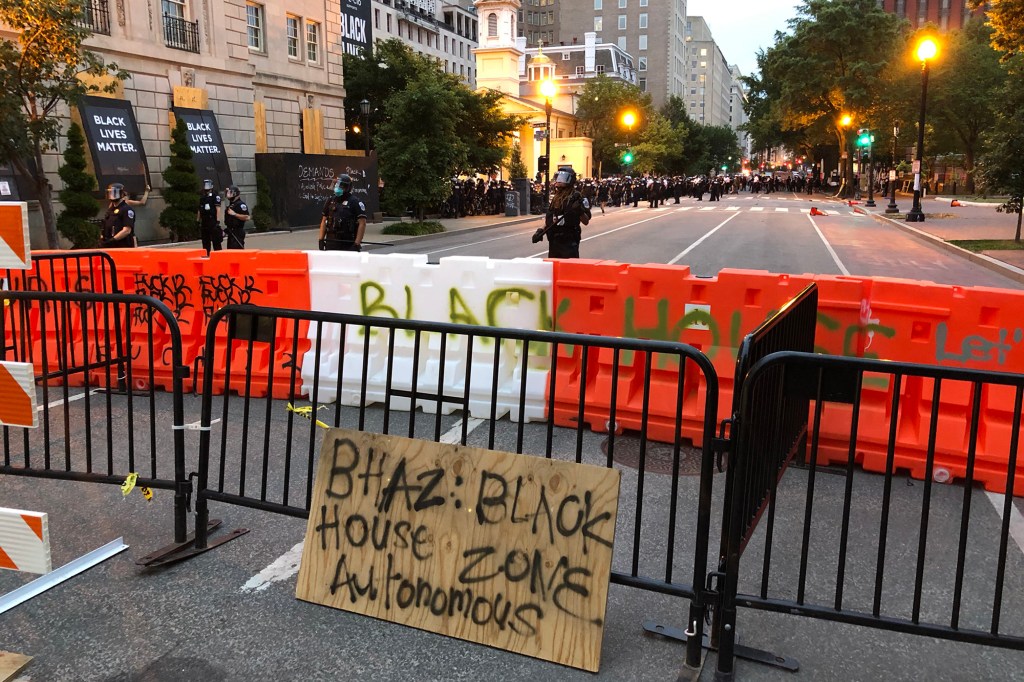 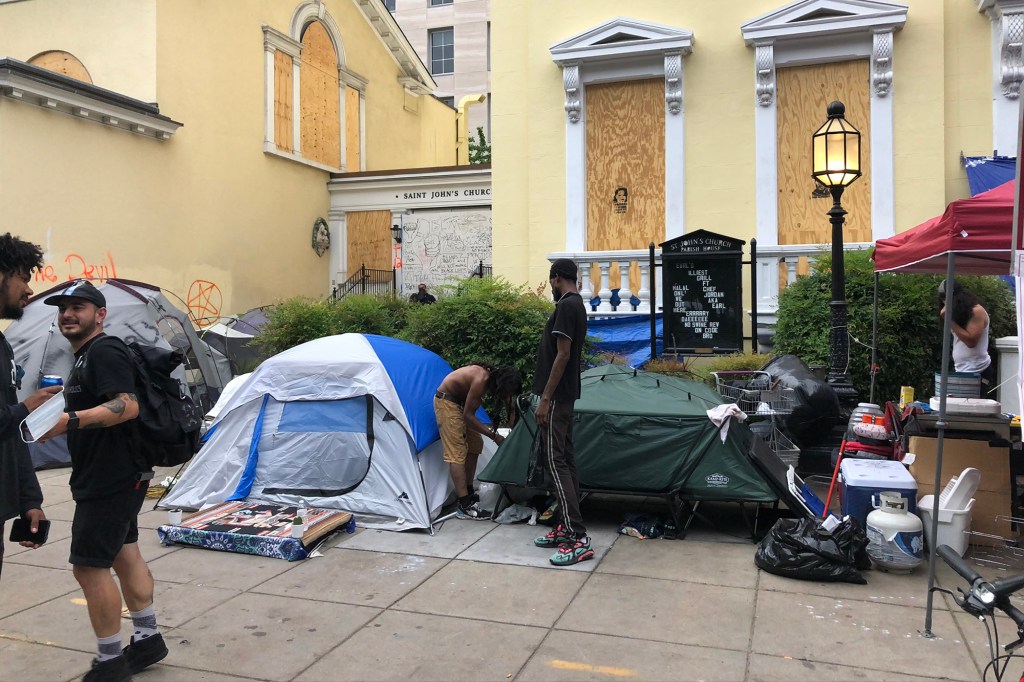 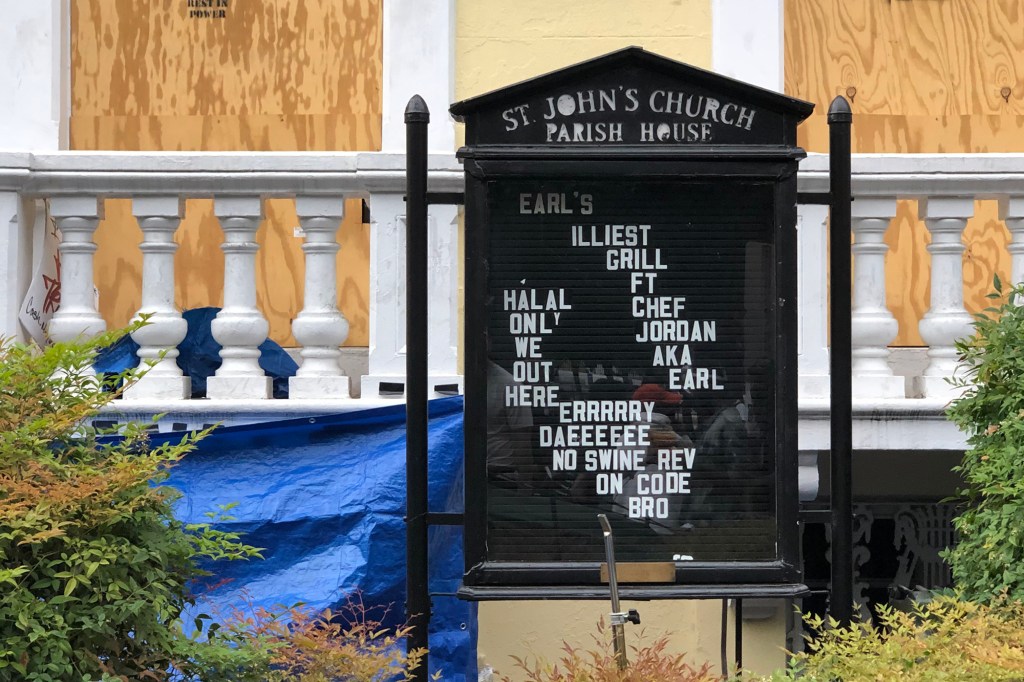 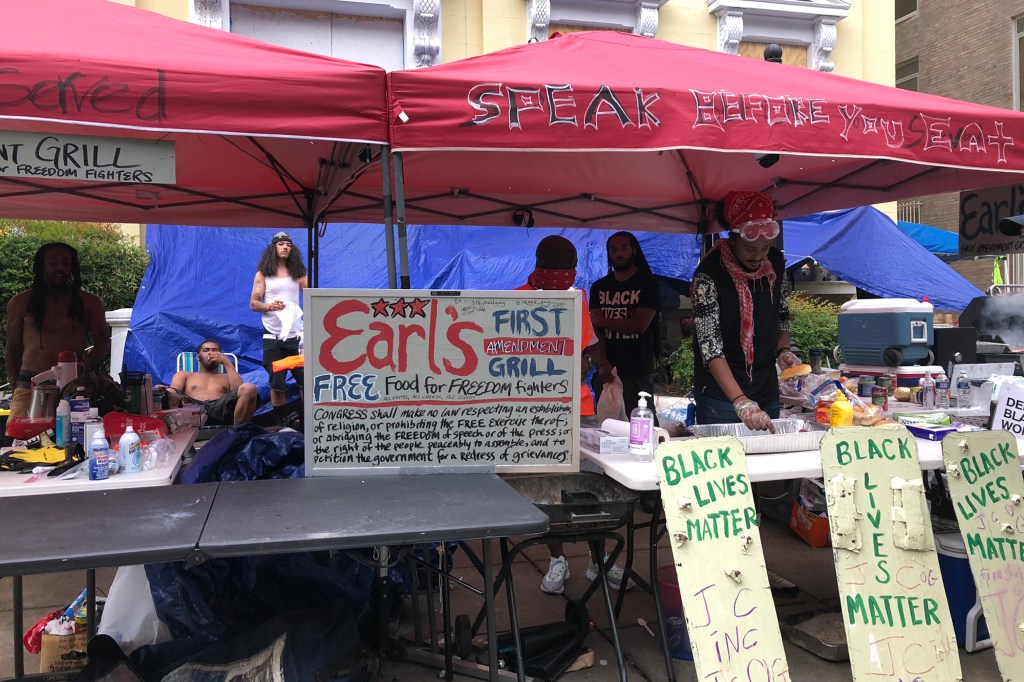 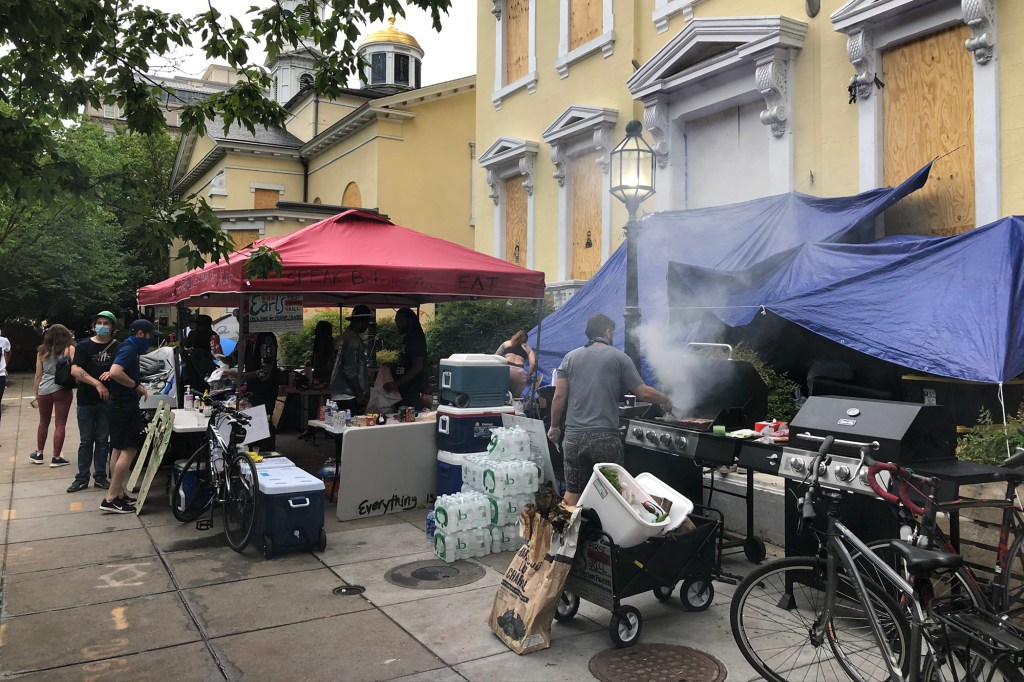 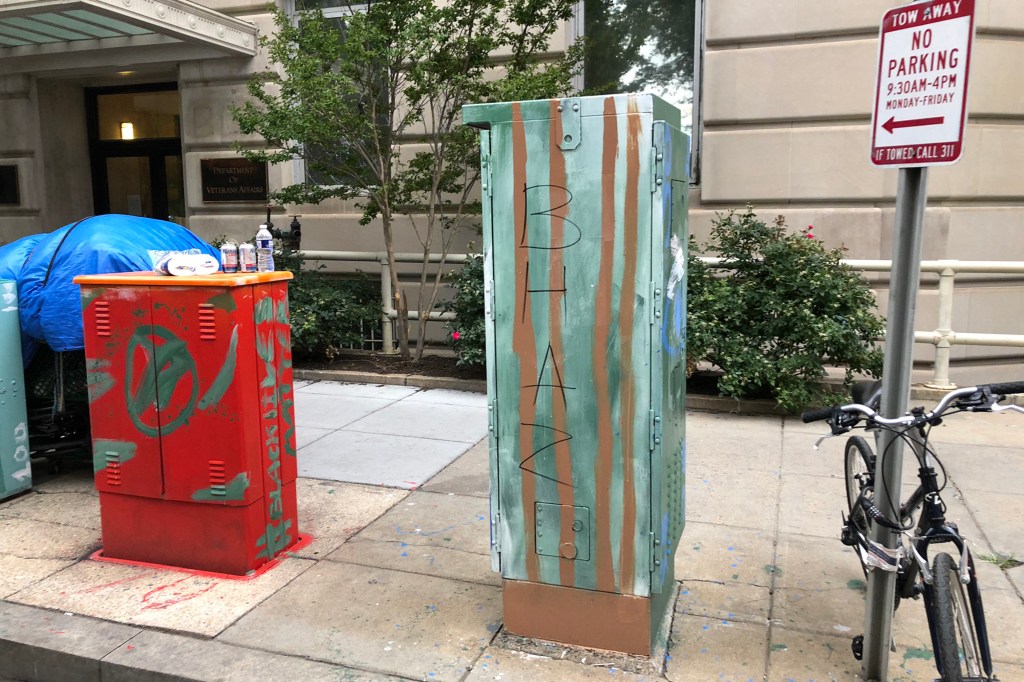