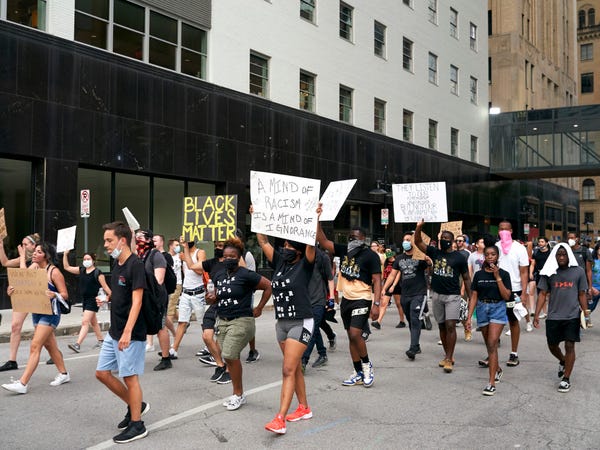 A Black man was shot by police on Saturday while trying to break up an altercation between a couple at a local gas station in Texas, according to local news reports.

The man, identified by WFAA-TV as 31-year-old Jonathan Price, was trying to break up a dispute between a man and a woman in Wolfe City, about 80 miles northeast of Dallas, the report said.

Law enforcement officers used a taser on Price when they encountered him, WFAA-TV reported. Kyla Sanders, a local woman who approached the scene after the shooting told the TV station she heard "three gunshots."

Sanders called Price a "pillar of the community."

"We all love him and think so highly of him and just the nicest guy you could ever meet," Sanders said. "We're all devastated, shocked, we don't really know what to do or where to go from here."

Price's mother, Marcella Louis, told KCEN-TV she said it was unsurprising that her son "was trying to intervene in a fight."

"That's what he always did, tried to help others," Louis said.

Wolfe City officials said the officer involved in the shooting was placed on administrative leave. An investigation is underway, KXAS-TV reported.

The Wolfe City police department did not immediately respond to Insider's request for comment.