Sixteen migrant workers have been run over and killed by a freight train after falling asleep on the tracks in India.

The driver tried to stop the train when he saw the workers lying across the tracks near the city of Aurangabad, in Maharashra state early on Friday morning.

The labourers had been walking back to their home village hundreds of miles away after losing their jobs in the coronavirus lockdown, police said.

It is not clear why the group, having grown tired on the road, decided to sleep on the tracks, however, all public transport was suspended when India went into lockdown on March 25 and the workers may have believed it was safe to do so. 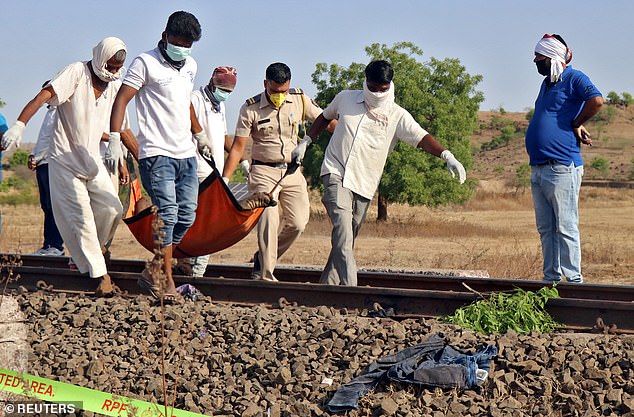 People carry the body of a victim after a train killed 16 migrant workers sleeping on the track in Aurangabad district in the western state of Maharashtra, India, on Friday morning 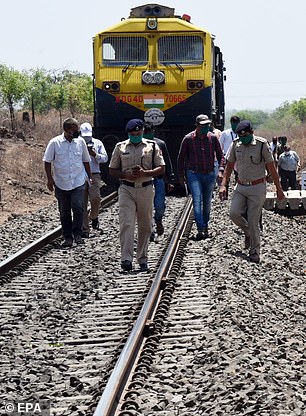 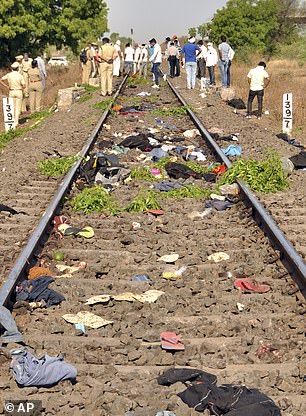 Officials and police inspect at the site of train mishap in which 16 migrant workers were killed near Aurangabad, India, on Friday morning

Two others were injured in the accident and small bundles of food, footwear and other belongings were scattered across the tracks in the aftermath.

‘I have just heard the sad news about labourers coming under the train, rescue work is underway,’ Railway Minister Piyush Goyal said on Twitter last week.

The railway ministry said an inquiry had been ordered.

Under the lockdown, which has been extended until May 17, many migrant workers have been heading out of the big cities on foot, covering huge distances to get back home.

Police said the labourers worked for a steel company and had started trekking towards their village in the neighbouring state of Madhya Pradesh hundreds of miles away, hoping to get a lift from a passing truck.

One of the survivors, Virender Singh, said they had set off on the journey home after waiting for weeks for their contractor to bail them out with a bit of cash.

‘Our families in the village were asking us to come back,’ he said.

They started walking along railway tracks on Thursday evening and were exhausted after covering nearly 25 miles and so stopped, Singh said. 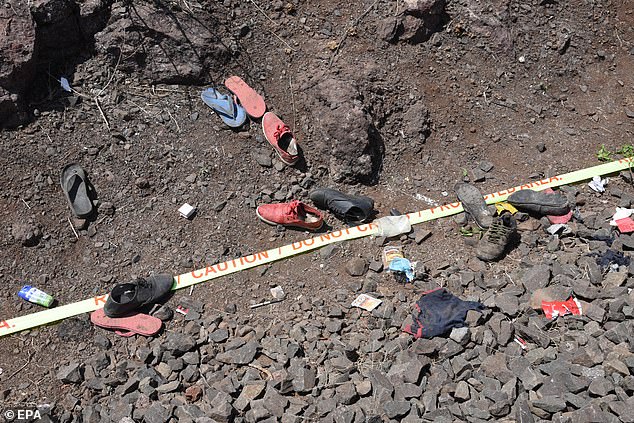 Two others were injured in the accident and small bundles of food, footwear and other belongings were scattered across the tracks in the aftermath 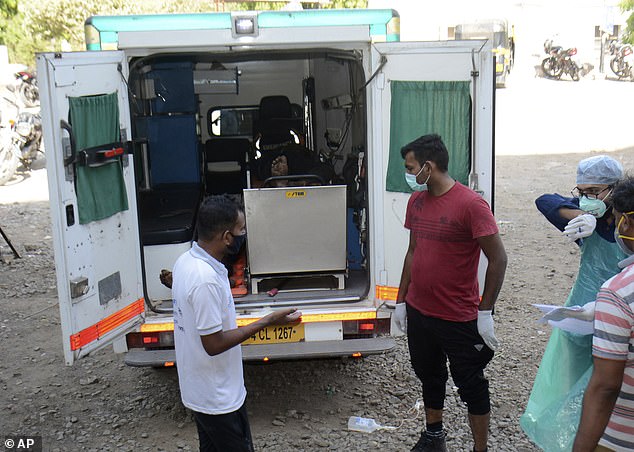 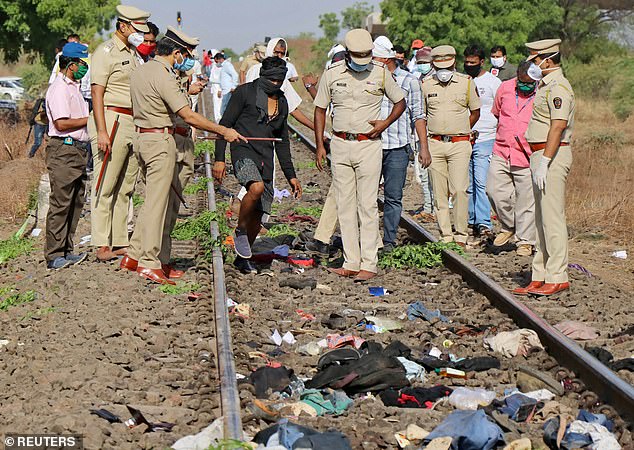 Rakesh told The Hindu: ‘The incident occurred even as the loco pilot of the train blew the horn as soon as he noticed the group of people infringing the rail track and also made all possible efforts to stop the train.’

The train was full of empty petrol containers and was travelling from Cherlapalli in Telangana to Manmad in Maharashtra.’

India’s eight-week long lockdown, one of the world’s most stringent, has helped contain the coronavirus, officials say, but it has hit the poor hard.

Criticism has mounted about how Prime Minister Narendra Modi’s government has arranged planes to bring back Indians from overseas, while leaving labourers stranded in cities with little food or cash.

Modi said on Twitter he was anguished by the loss of lives in the train accident and all possible assistance was being provided.

‘Shocked by the deaths of migrant workers hit by train. We should be ashamed of how we treat our nation-builders,’ said Rahul Gandhi, leader of the main opposition Congress party. 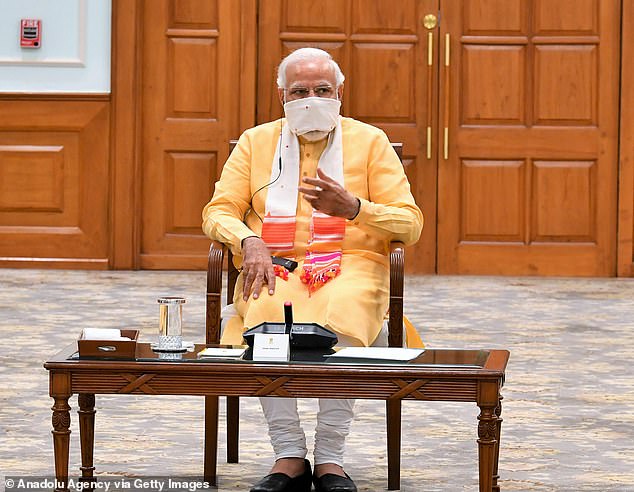 Over the last week, some state governments facing public pressure organised trains and buses to bring back migrant labourers.

But many are trudging great distances in the blistering heat through fields and forests to get home.