SHE’S used to treading the boards in the West End in productions including The Bodyguard and Chicago.

And now Alexandra Burke is preparing to see her name on the big screen. 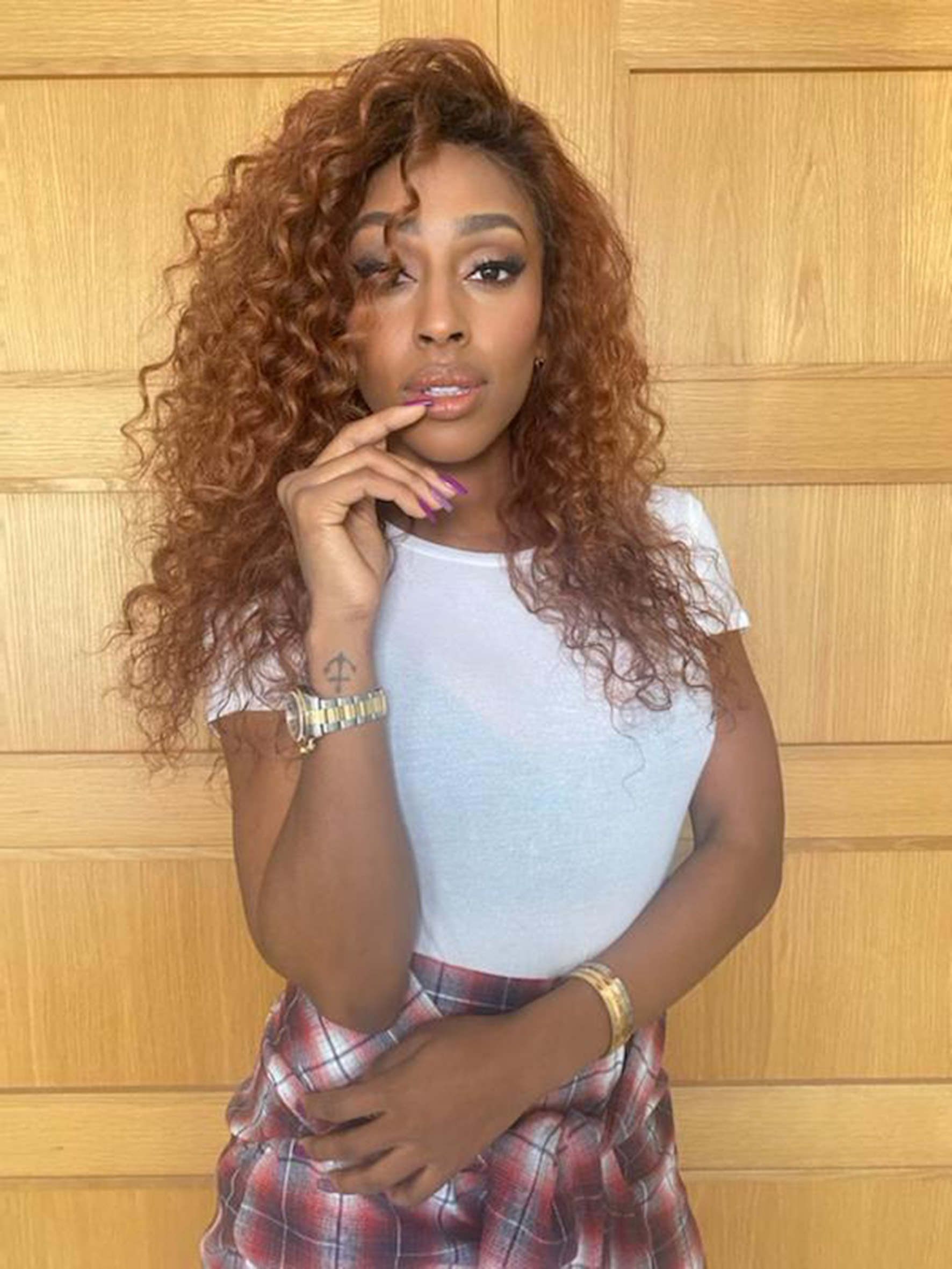 I can exclusively reveal The X Factor 2008 winner has landed the lead in a big budget Tina Turner-inspired film. It is being made by the BBC and BFI and is due to be released next year.

Alex, who played Whitney Houston’s character Rachel Marron in West End musical The Bodyguard in 2014, is so committed to the part she has bought herself a £2,000 Peloton bike to get her legs looking as toned as the singing legend’s pins.

A film insider said: “In the film she plays a young musician trying to land her big break just like Tina and will sing some of her most iconic songs. To say Alex is excited is an understatement.

“And after the year the acting industry has had, with no touring or theatres open, this couldn’t have been better news for her. Alex has got the voice and she showed what a great actor she is as a leading West End actress for the past seven years.

“She’s really committed to the role and bought herself a Peloton during lockdown so she could get fit at home. It means she’ll have Tina’s iconic legs too.” 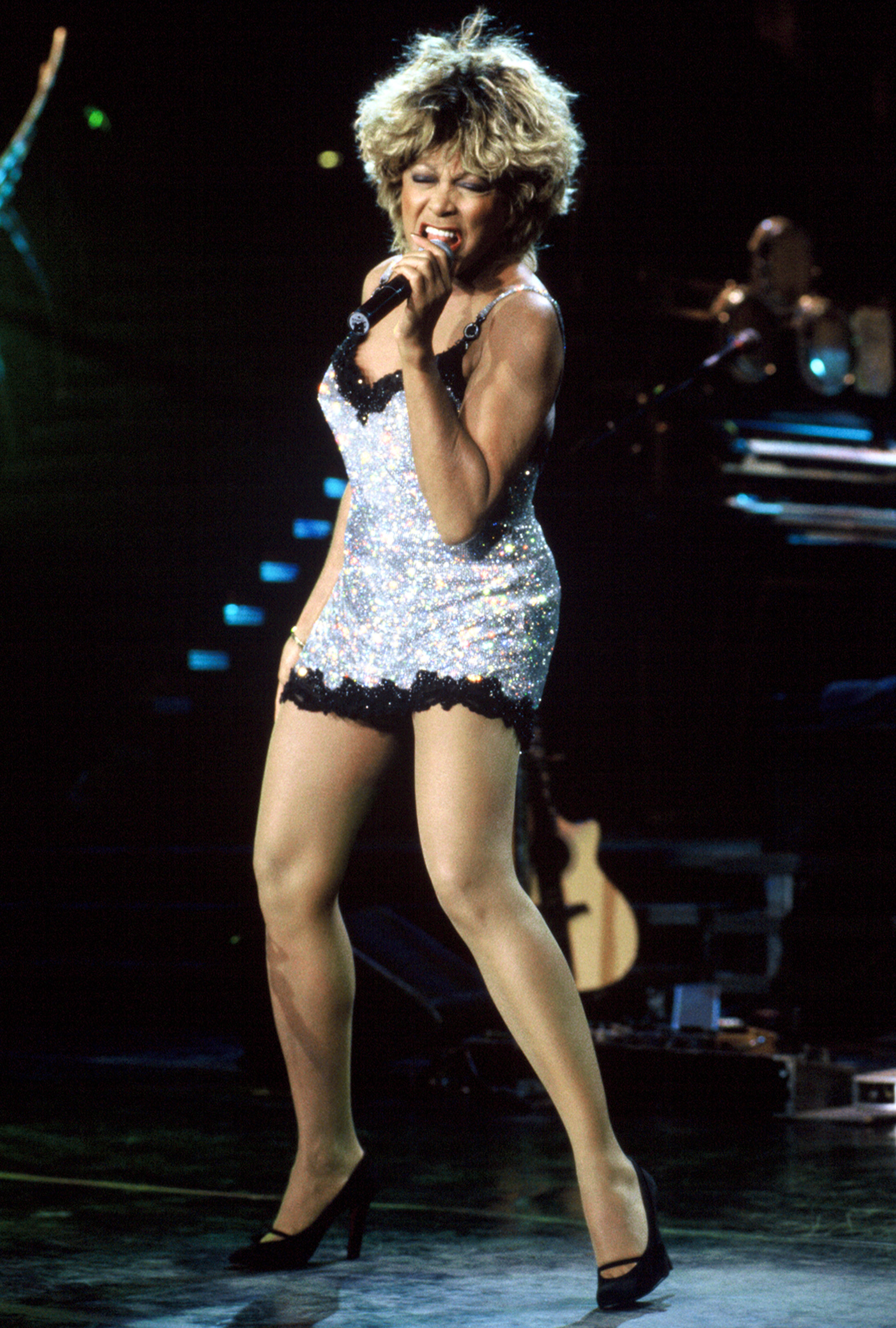 Since her victory on The X Factor 13 years ago, Alexandra has released three albums and had three No1 singles, including Bad Boys in 2009. She also came second in the 2017 series of Strictly. After starting acting in 2014 in The Bodyguard, Alex has starred in stage shows Sister Act The Musical, Chess and Chicago. She is currently in rehearsals as The Narrator for musical Joseph And The Amazing Technicolor Dreamcoat, which opens at the London Palladium next month.

She will also be in theatres across the UK in September in the first musical adaptation of the Julia Roberts’ movie My Best Friend’s Wedding.

Given how in demand Alex is on the stage, it’s no surprise she’s been picked as a movie star.

READ ON FOR MORE OF SIMON BOYLE'S BIZARRE COLUMN

A bum deal for loved-up Rihanna

SHE may be look blue here but Rihanna is probably the happiest she’s ever been.

The Rude Boy singer is loved up with rapper A$Ap Rocky, who recently called her “the love of my life”. 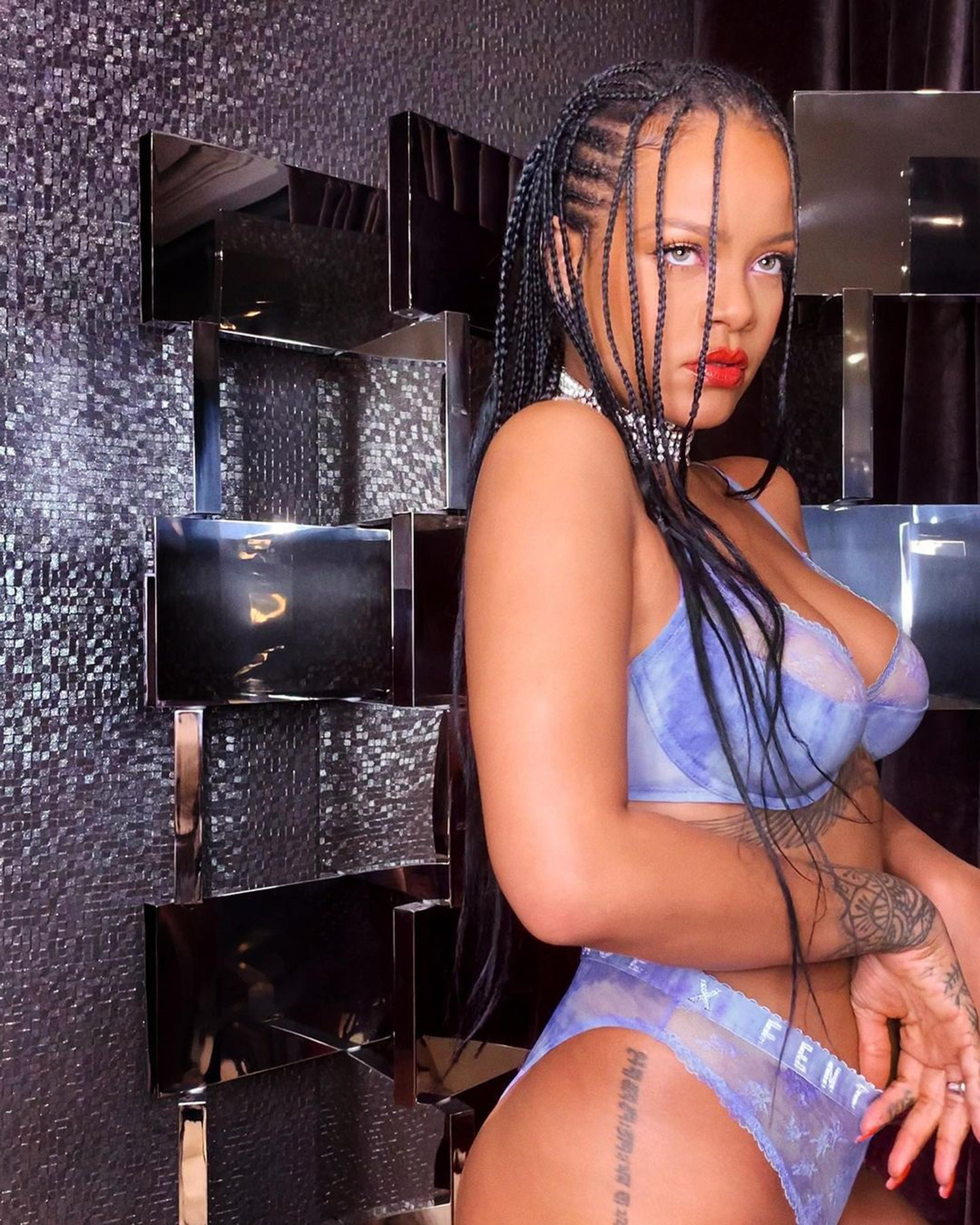 Riri looked hot in a blue bra and knickers and with her hair in braids in a shoot for her Savage X Fenty lingerie range.

But it was her latest line of leggings that have been gaining a lot of attention recently as they reveal some “butt cleavage”.

Some social media users described the new trend as “inappropriate” but others called them the “sexiest sleep pants ever”.

One fan hilariously compared the look to a “builder’s bum”.

Hardly the glamour that we’re used to seeing from Rihanna.

KSI is set to be the highest new entry in the Singles Chart on Friday.

An early look has the YouTuber and rapper’s track Holiday at No2, ahead of the release of his album All Over The Place next month.

Calvin Harris and Tom Grennan’s By Your Side is also expected to reach the Top Ten. Olivia Rodrigo looks set to hold on to a fifth week at the top with Good 4 U.

And Eurovision winners Måneskin could secure a third UK Top 20 hit with their cover of Frankie Valli & The Four Seasons’ Beggin’.

That's some do, Dua

SHE’S never one to shy away from extravagant parties, and Dua Lipa’s latest bash was certainly up there.

The Brit singer let her hair down for a Pride event at a Los Angeles club and was surrounded by a lot of men in some interesting outfits. 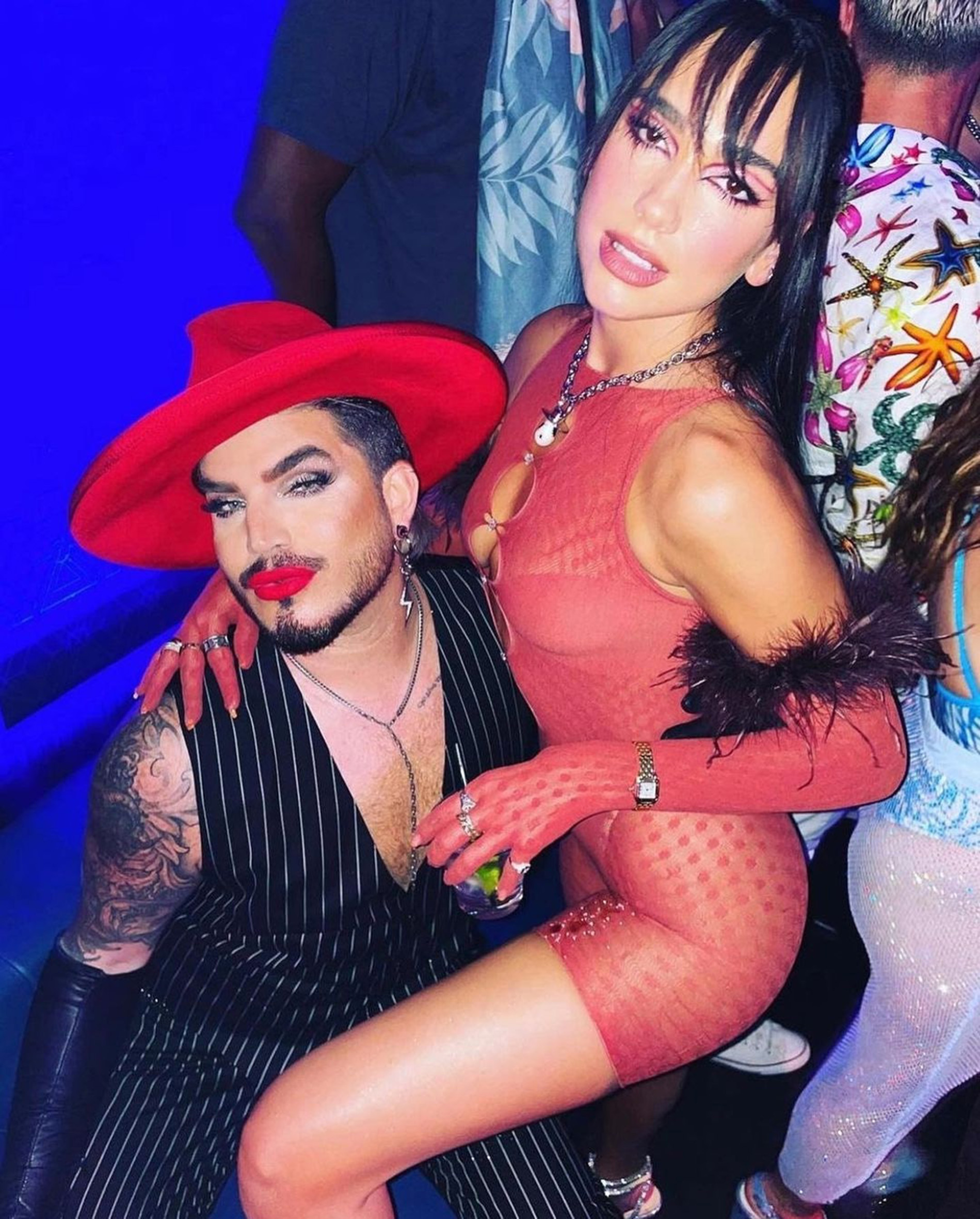 While Dua wore this orange dress with lace, fur-trimmed gloves, many of her fellow revellers wore not much at all. And when they did it had some sort of leather theme. The scenes posted by the event’s Instagram page looked wild – and Dua was seen giving a little speech to the LGBTQ+ crowd, who roared their delight.

She posted a number of snaps from the night, where Adam Lambert was also a guest, and she appeared to be having a whale of a time.

A taste of that here in the UK would be nice, too.

Roman: When I saw UFO

HE’S used to being close to stars, but Roman Kemp was spooked by an outer space encounter.

The Capital FM presenter says he has seen two UFOs and reckons astronaut Tim Peake has convinced him there is something up there.

“The first time, I was in the car with my friend and it had just snowed.

“You know after it snows it goes like beautiful clear blue sky, and right in the middle of the sky the only thing I can describe it as is like a completely silver, aluminium, upside- down bowl.

“One second it was there. And we both looked at it, like, ‘What the hell is that?’.

“I can’t personally differentiate in my head from when I saw it to when I didn’t see it.”

He added on the Scarlett Moffatt Wants To Believe podcast: “I’ve been lucky enough to speak to Tim Peake. He does talk about aliens.

She appeared to be thriving in her latest Instagram snap by referring to her star sign and captioning it: “It’s Gemini season bitches.” 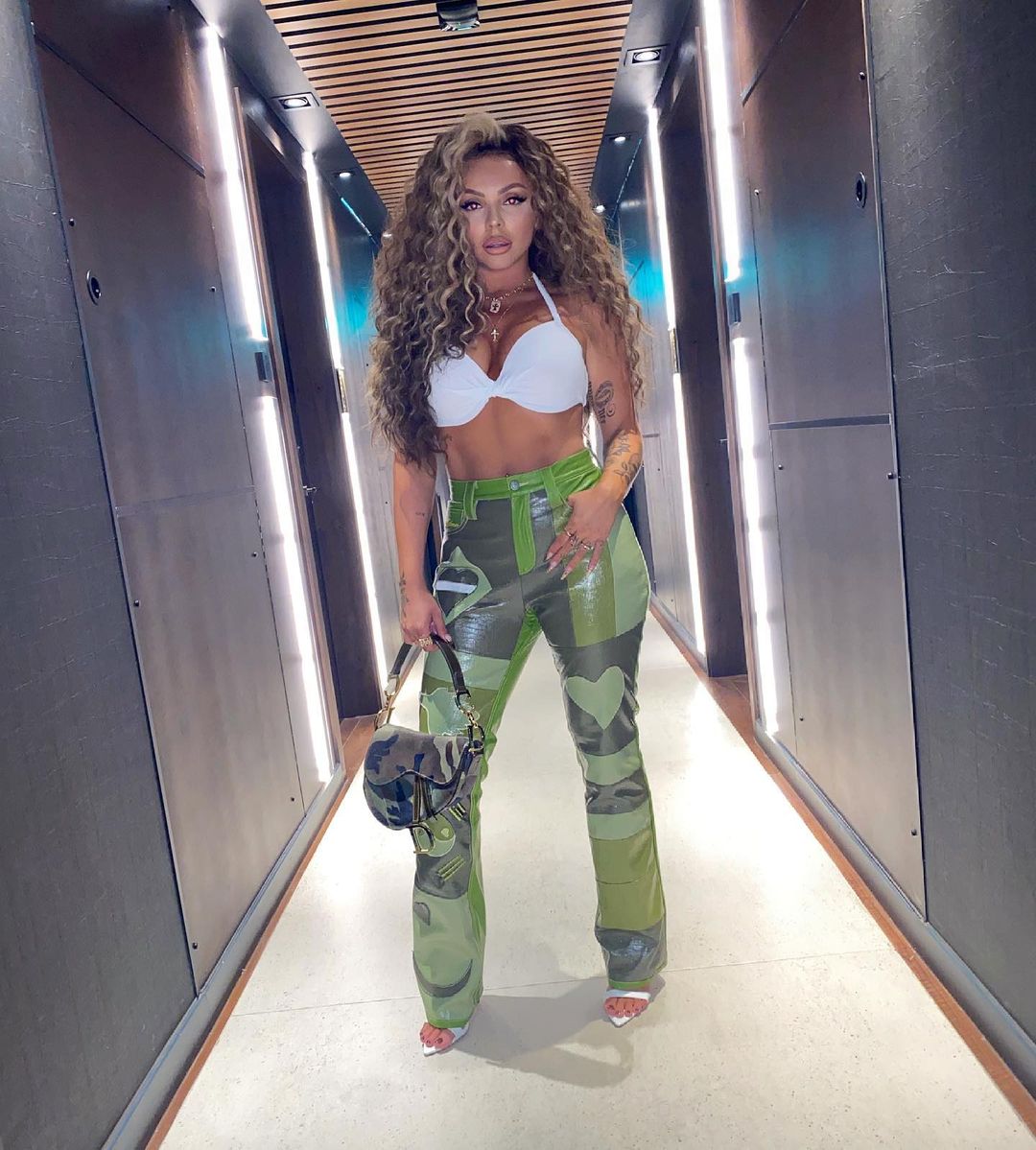 The former Little Mix singer, who is gearing up to release solo material, wore this white bra top with funky green patterned trousers and carried a camouflage handbag.

At this point you’re probably expecting me to make some sort of camo joke, but I couldn’t find one.

No, Selecta! Craig gets wound up

OF all the things Craig David wasn’t happy about over Bo Selecta!’s take on him it was the mocking of his song Rewind that got to him the most.

In a new chat, he says he made up with Leigh Francis, who did the impersonations on the Channel 4 show, by hugging him.

Craig told the What If podcast: “I was really doing it for my own peace of mind, because if you keep that going it burns you all the time. ‘You can rip into me, I’m fine, I don’t really care, but rip into my song? No’.

“This is something that uplifted, it was a cultural record, it was an important record that changed the fabric of music at the time and inspired so many artists.

“I was like, ‘I don’t want that to become a comical thing’. It was an important record.”

Her pug drank Jack Daniel’s whiskey and ate a lit cig when she took it to a showbiz bash.

Singer Tyler James says in his new book My Amy: “We had this little doggy running around. We were all sitting round the dining table. I had a JD and the dog jumped on to the table and started lapping it up, out of my glass.

“Without a word of a lie, the dog took a lit fag out of the ashtray and started running around the flat, the fag in its mouth. 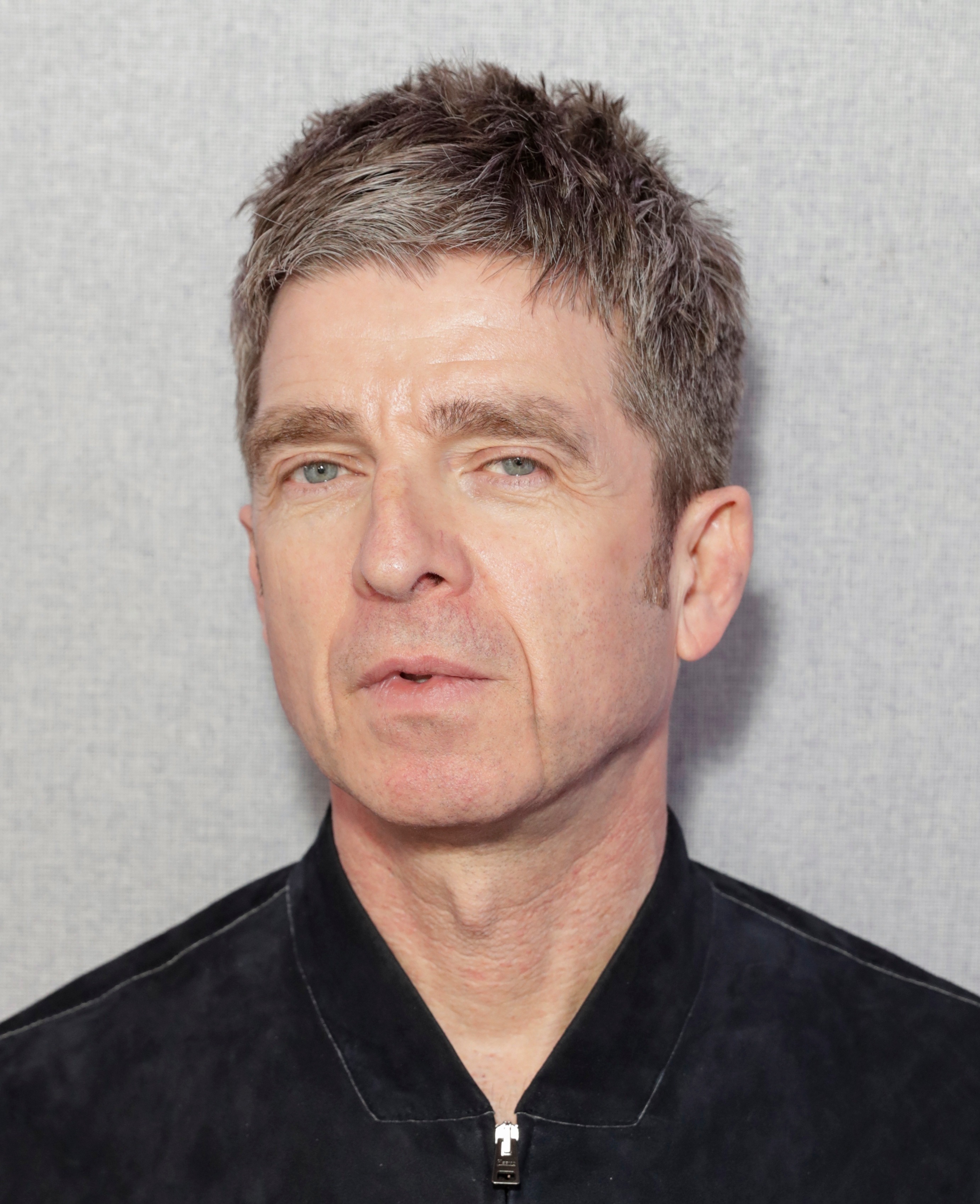 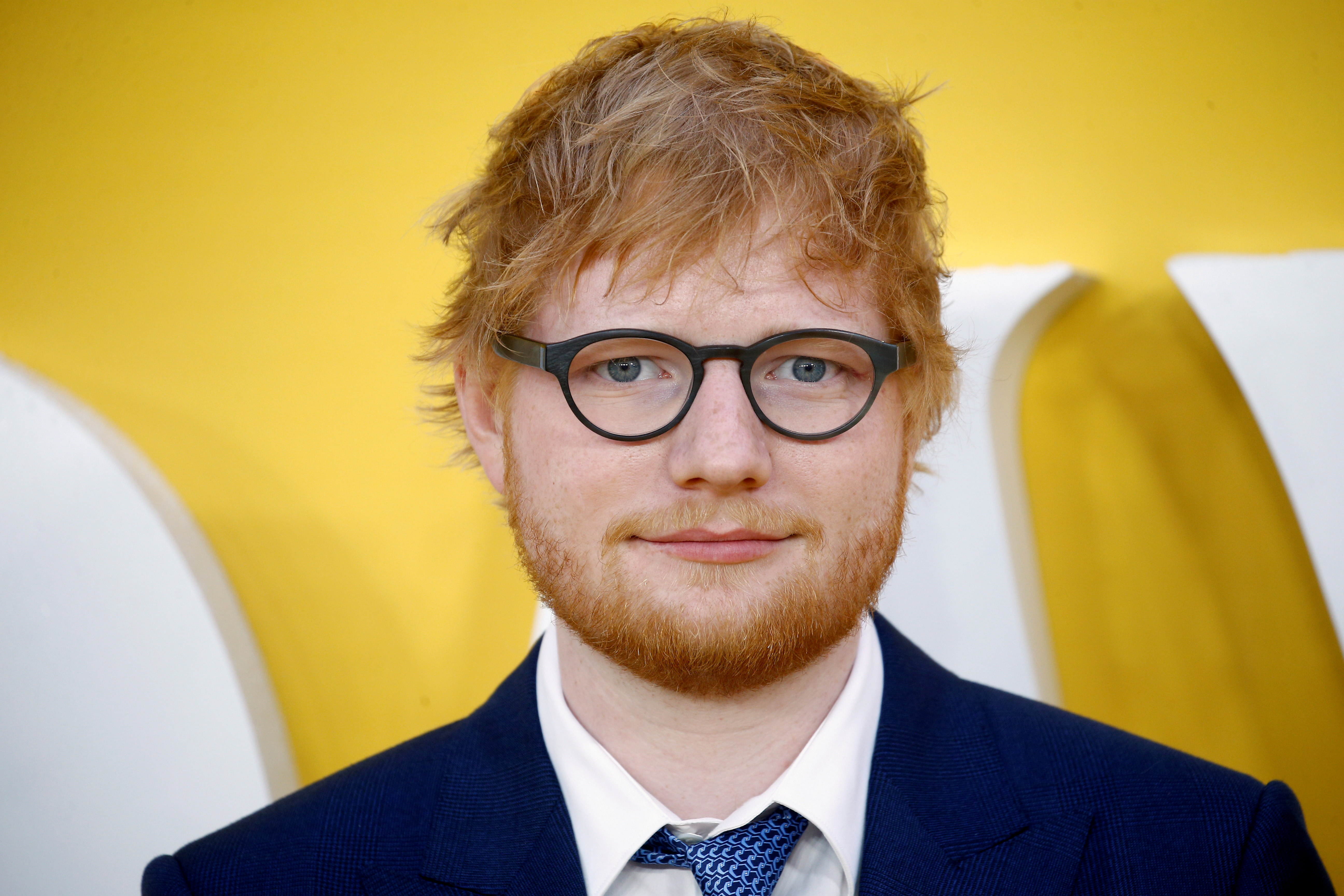 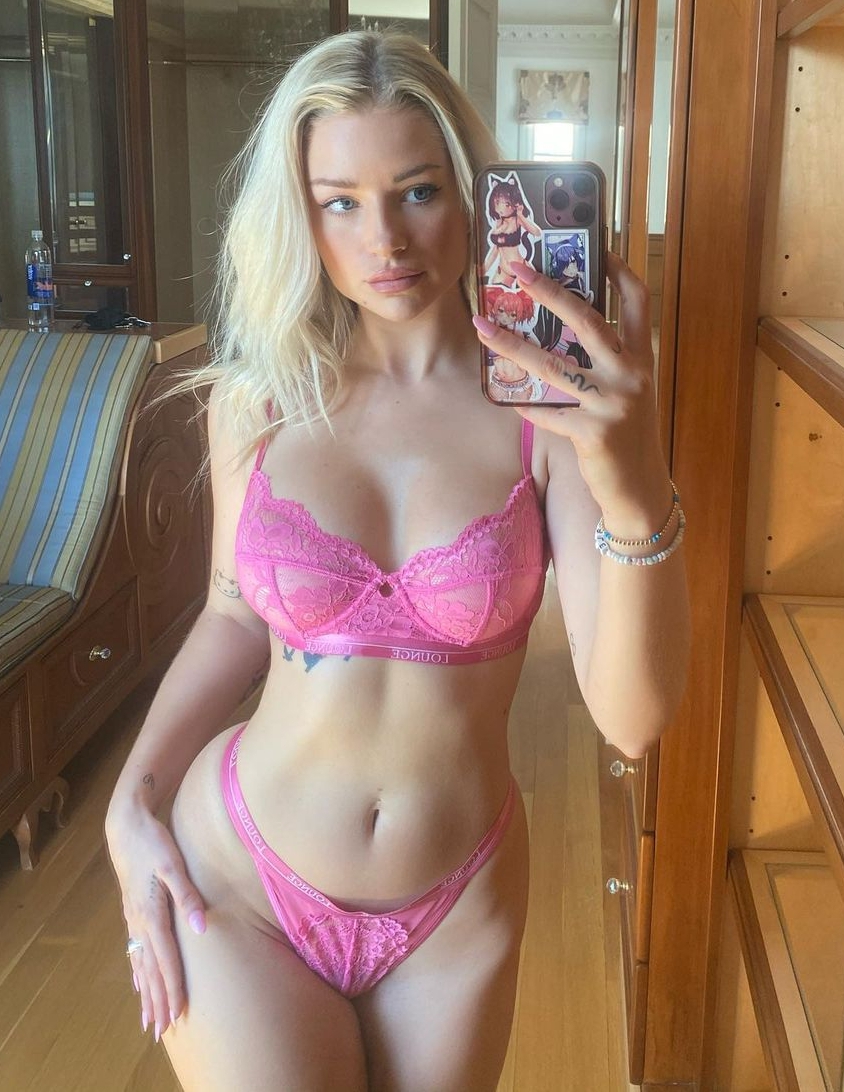 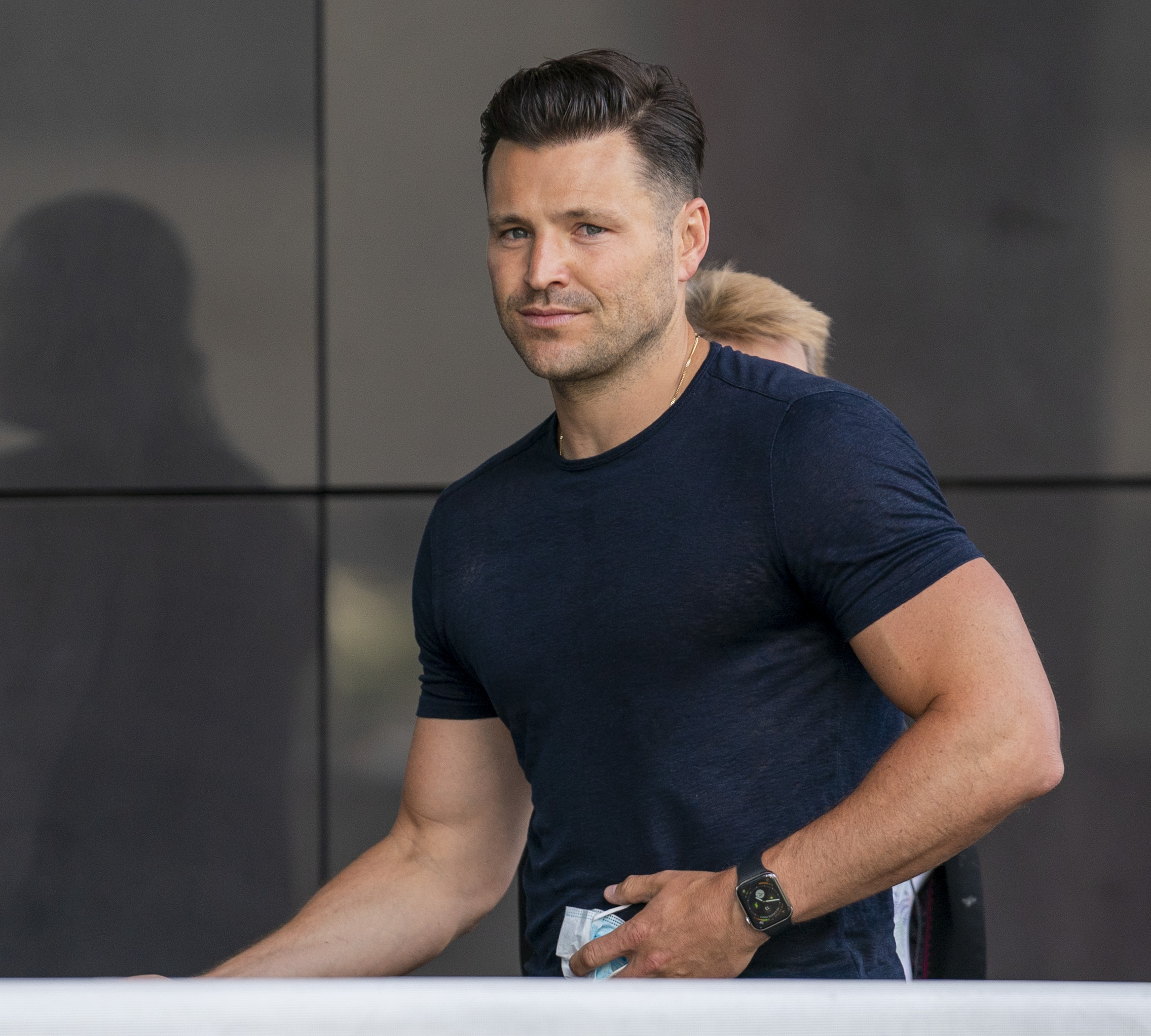 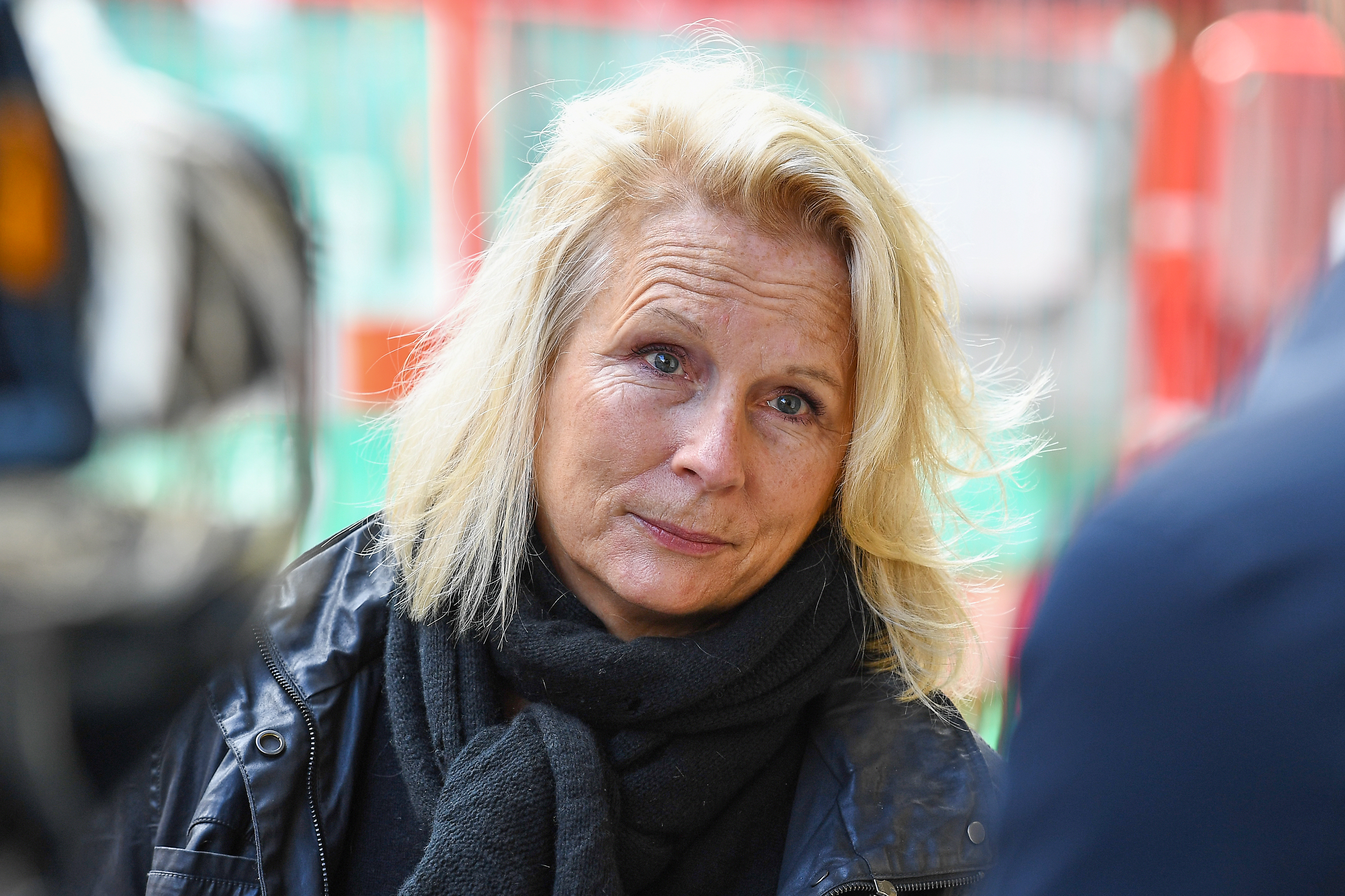 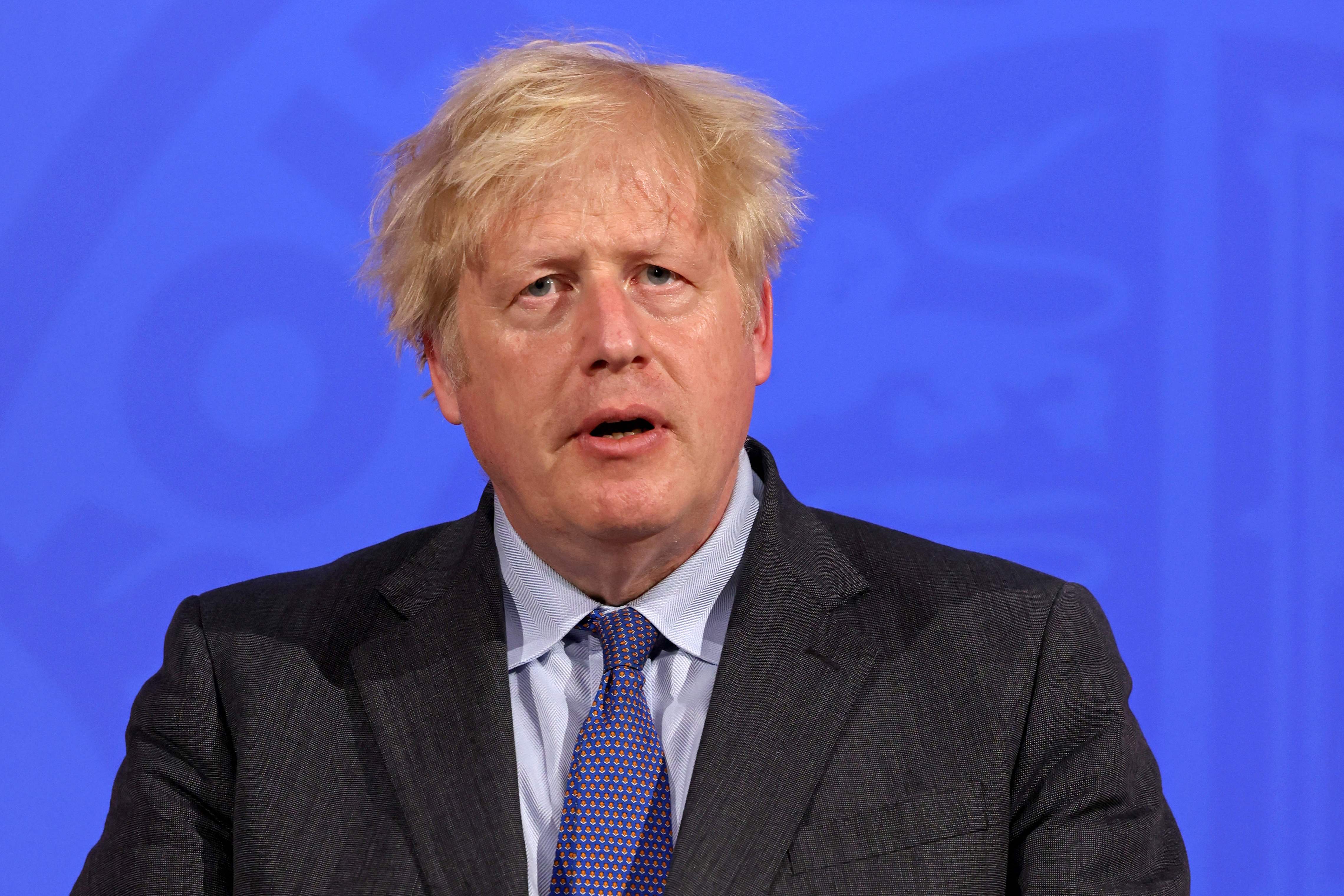