Season 12 is truly the “cursed” season of RuPaul’s Drag Race. From canceled gigs to catfishing allegations to the coronavirus (COVID-19) pandemic, there are more than a few obstacles standing between these queens and the crown of season 12.

Will there even be a Drag Race finale if everyone is still social distancing? Here’s what we know about the upcoming episode of this reality series.

The Queens debate for the Ru-nited States and serve up stars + stripes realness during an ALL NEW #DragRace FRIDAY at 8/7c – followed by Secret #CelebDragRace + #Untucked – only on @VH1! ?⭐️

Normally, there’s a reunion and finale episode filmed while the season airs

With season 12 in full swing, some Drag Race fans count down the days until the top four queens will be ruvealed. Who will walk away with the crown, the title of “America’s Next Drag Superstar,” and the cash prize of $100,000?

Each finale is a little bit different, some asking the top contestants to lipsync against each other, others asking them to perform single songs with background dancers. With the coronavirus pandemic interfering with the production schedule, the season 12 finale will definitely be impacted, although this wouldn’t be the first time something changed with this last episode. 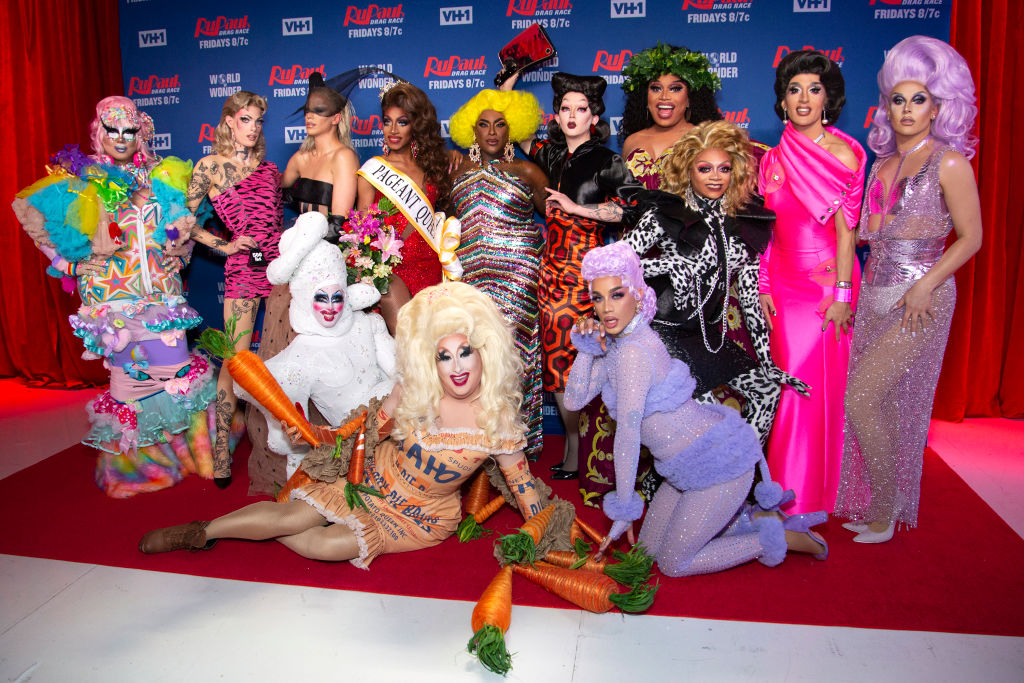 Viewers know that a reunion and finale episode will air. Primarily, that is because, before each episode of Drag Race debuts, there’s a message across the screen regarding the disqualified queen. The message states that she will not be invited to the reunion or to the finale for season 12.

This is the same contestant accused of catfishing multiple people, later releasing a statement regarding her behavior. The queen still appears throughout the season, but the episodes have been edited to eliminate her confessionals and some of her runway looks. In fact, some fans expect her to make it to the “Top Four” for season 12.

What’s the tea with the ‘Drag Race’ season 12 finale?

Yes, there will be a season 12 winner and yes, there will be a finale. The question is, essentially, how and when that will happen. In the past, the final four queens lipsynced in front of an audience for the crown and the title of “America’s Next Drag Superstar.”

Social distancing and quarantine in full swing in the state of California and across America. As a result, some fans believe filming a finale episode in person is highly unlikely. The possibilities are, most likely, a virtual finale or that RuPaul postpones the end of season 12 until coronavirus restrictions soften. One judge, Ross Matthews, commented on the upcoming episode.

“It’s one of my favorite seasons because the queens are so solid,” Ross Matthews said, according to We Are Channel Q. However, this judge did not spill any tea regarding the upcoming season 12 finale. “The right queen will get the crown… and there have been some rumblings around filming the finale in quarantine.”