The BET Awards were held on June 27 and while we saw many of today’s artists be celebrated for their accomplishments, the segment that honored the stars we’ve lost this year seemingly touched fans the most. The awards were hosted by Taraji P. Henson, who did suggest that this year’s ceremony would be extra special. In a statement (via Entertainment Tonight) ahead of the show, Henson said, “For more than 20 years, the BET Awards have been a celebration of Black creativity, art and excellence. Returning live, this year’s show will be unlike anything we have ever seen before.”

The show’s In Memoriam tribute, of course, included beloved “Black Panther” star, Chadwick Boseman. The actor passed away in August 2020 at age 43 after battling colon cancer. The night was extra special for Boseman’s fans because not only did the show honor his life, but he even posthumously took home the award for Best Actor for his role in “Ma Rainey’s Black Bottom.” Boseman beat out other big stars like Daniel Kaluuya and Eddie Murphy for the award. Boseman’s last performance also posthumously earned him a Golden Globe, Screen Actors Guild Award, and Critics’ Choice Award.

Late rapper DMX also received an extra special tribute in musical form. DMX, who was born Earl Simmons, passed away this past April at age 50 after suffering a heart attack. Between Boseman’s award and the performance to honor DMX, fans were apparently left with all the feels.

Tributes to Chadwick Boseman and DMX made fans emotional 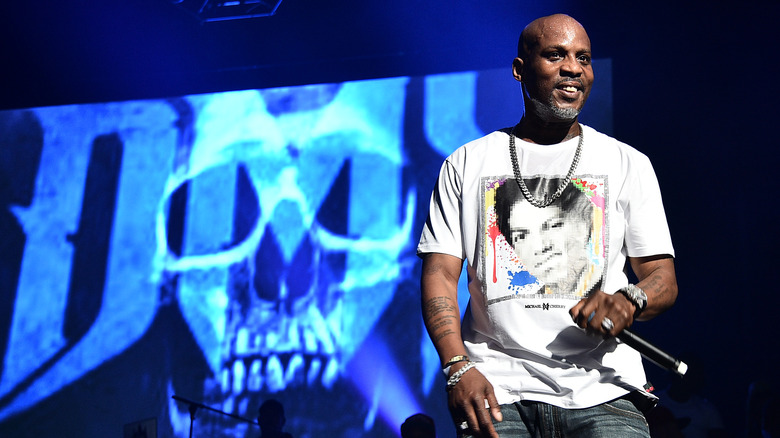 Fans continued to mourn the stars we lost this past year during the In Memoriam tribute at the BET Awards. It included Shock G, Johnny Nash, Cicely Tyson, Hank Aaron, and many more. Late actor Chadwick Boseman and iconic rapper DMX were among those we lost and it appears their fans are still reeling.

During the award show, DMX’s life was celebrated through his own music, which was performed by rappers Busta Rhymes, Method Man, Swizz Beatz, and Griselda, as well as “The Wire” actor Michael K. Williams. The end of the performance included a spoken word segment where the late rapper offered words of wisdom over violins playing. Fans were touched by the moment and took to Twitter to express their emotions. One fan wrote, “This DMX tribute is going to have me crying myself to sleep,” while another tweeted, “This DMX tribute got me emotional.”

Fans felt similar when they saw Boseman in the montage before that, with one tweeting a meme of holding back tears with the caption, “Me when they showed Chadwick on the screen. I’m still hurt.” Another fan even admitted, “I still can’t wrap my head around Chadwick. I never cried so hard.” It’s clear BET did a great job honoring the lives we lost this past year, these two legendary figures especially.