“Streaming platforms are clearly the marketplace that’s driving everything, and those platforms have access to what? Data,” Charles D. King says

Former WME partner Charles D. King, the founder of media company Macro, has always believed there was a profitable market for projects starring and headed by people of color.

With the rise of streaming services, King told TheWrap that his longtime theory is now backed up by the data on viewership collected by streaming platforms.

“Streaming platforms are clearly the marketplace that’s driving everything, and those platforms have access to what?” he said. “Data.”

Macro is riding high with the Oscar buzz-worthy historical drama “Judas and the Black Messiah” and announced Wednesday that it is co-producing the Netflix movie “I Am Not Your Perfect Mexican Daughter,” in partnership with Anonymous Content, and with America Ferrera making her feature directorial debut.

Another Macro project currently in production is “They Cloned Tyrone,” a sci-fi mystery caper starring Jamie Foxx and Teyonah Parris for Netlix. Current TV projects include the Netflix children’s series “Raising Dion,” the story of a single mom raising a son who is superhero. In early 2020, the company widened its portfolio by adding a new talent management division. The show has been renewed for a second season.

King said the success of Macro projects is proving that the data reflects a diverse viewership eager to see itself reflected on the screen.

This interview has been edited for length and clarity.

How has the entertainment industry landscape changed for your company since 2015?

I think there is more awareness of the marketing opportunities of data that are out there, not just making their decisions based on whims and, “I’m just going to make a project for my friends.” They recognize who they are in the marketplace because they see data for movies that we’ve been behind like “Mudbound” (Netflix 2017) and how they’ve been viewed around the world, not just in the United States. What we’re seeing now, there is a market correction of the need to stay relevant — and to have market share. They recognize the fastest-growing demographics, the audience that has consumer purchasing power, is very much aligned with this marketplace, so (streamers are) going after it aggressively.

I can’t say that I believe that Hollywood has changed for good, and if you look at who green lights almost every movie or television show throughout all the networks and the streamers, as well as the traditional studios, I don’t think there’s a black person or person of color at any of them … So we’ve got work to do there. But at least there’s a marketplace excitement when it comes to an attitude towards people of color. It’s not just, hey this is philanthropic — this is business. This is a business opportunity.

Netflix is notoriously opaque about handing over its data, isn’t it?

Yeah, I think there is obviously a secret sauce, and they don’t share much of the data. But look, our show “Raising Dion” is a story about an 8-year-old black kid. He’s a superhero raised by a single Black woman. We all know how much money Netflix spends on content every year. I think we’re up to $15 billion a year, if not more. And in 2019, this was the No. 1 kids and family show for Netflix globally. It is universal, but it also had cultural specificity at the same time, and that was Macro’s first television show. You see that (success) when the really visionary artists with a unique perspective are empowered creatively when you can see a show, and it’s not given notes to death from studio executives that may not culturally connect or may not even understand the product they are giving notes on. 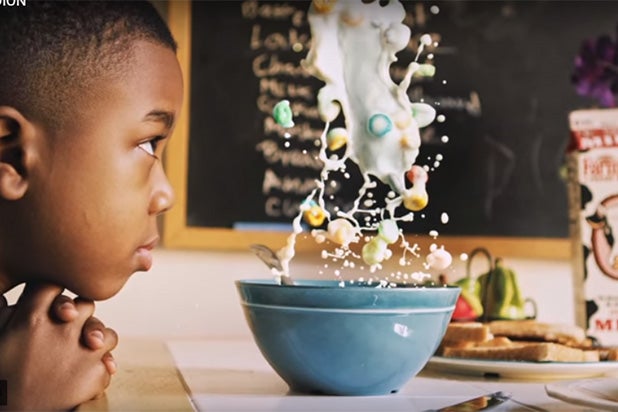 So yes, there is a marketplace there. And as newer platforms begin to have similar lenses and projects I think we can begin to shake those old archaic historical thoughts that certain content just can’t travel get thrown out the window. We can have a little more equilibrium and balance in terms of budget ranges for projects from diverse content creators, instead of being relegated to smaller deals.

It seems like it didn’t take today’s streaming data for you to figure out that there was an underserved audience out there.

I definitely think when I launched Macro in 2015, it was with a lens of understanding that there was a marketplace that was under-served, of stories that were not being told, but it was a business opportunity at the same time. The African American community over-indexes on the consumption of content across all platforms. It watches 40% more television, more cable, and the Latinx community streams more content in far greater numbers than the general marketplace as well. So there was a business void and there was a community void at the same time.

2015 was the same year the game-changing OscarsSoWhite hashtag came into existence, right?

We launched at least a month before #OscarsSoWhite, that just happened in the timing. I wrote the first two plans for Macro in 2010, so this was something I had been thinking about. I had a vision for over 20 years, before I started in the mailroom at William Morris (WME). I spent a lot of time as an artists’ advocate. I was the first Black partner in the history of a major talent agency, shepherding filmmakers and creating entrepreneurial deal models for some of the incredible artists I represented.

OK, at the risk of getting Macro swamped with pitches and projects, what are you looking for? What is the kernel that has to be there?

First and foremost, people of color must be at the center. If they are a tangential storyline, don’t bother. Someone else can make those projects  — that’s not going to be for us. We want a range of stories. We want to tell historical stories like “Judas and the Black Messiah,” (a Macro Media/Proximity Media production in association with Participant and Canada’s Bron Studios) but we also want to tell commercial stories that are fun, and different, like the movie we are producing, “They Cloned Tyrone.”  It’s big and it’s sci-fi, but it’s smart and subversive and has something to say. Something could be as commercial as it could possibly be, like “Black Panther”  and “Crazy Rich Asians,” but there is excellence in the storytelling.