Hadrosaur Cove, it was never meant to be.

While the VelociCoaster has been dominating theme park discourse the past few weeks, following its highly anticipated debut at Universal Studios Florida, its debut also coincided with a milestone anniversary for the first attraction inspired by the franchise phenomenon.

ET was at the premiere bash for Jurassic Park: The Ride at Universal Studios Hollywood in June 1996. With Steven Spielberg having a hand in the attraction’s development from the beginning, one might assume he would have been on board the inaugural ride-through. But he wasn’t. Same for the second trip. And third. Or ever. 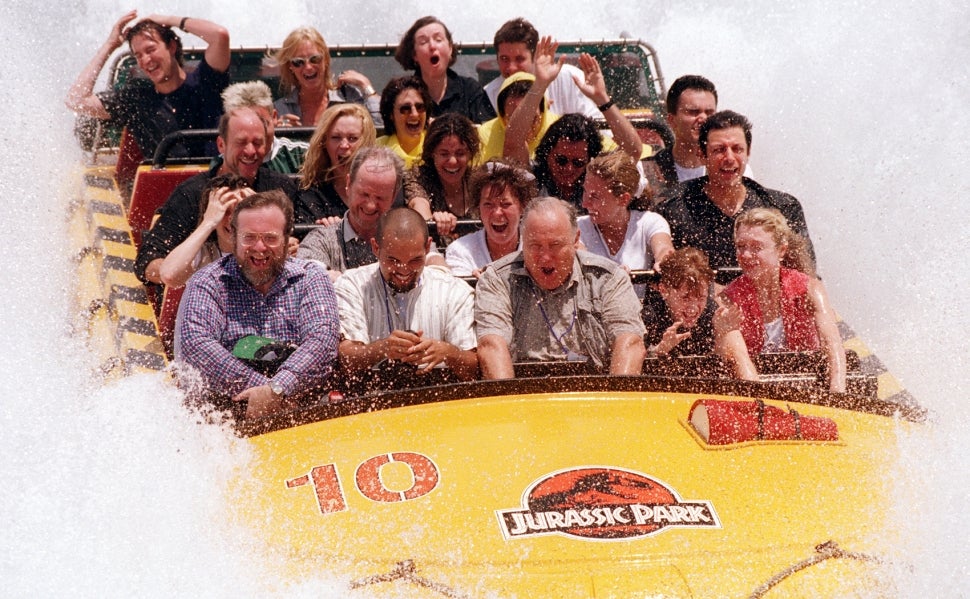 “I’ve gone up to the point of no return and I returned down the stairs. I don’t go on those 85-foot straight down water drops,” Spielberg told ET at the event. The director had added dinosaurs to the pantheon of movie monsters a few years earlier, breaking a few box office records while he was at it, but he wasn’t up for living out his own fears along the Universal City hillside. “I guess I’m a director. I demand total control. And for those two and a half seconds of the drop I am out of control. I’m not willing to give that up yet.”

Jurassic Park: The Ride was a hybrid of two standard attractions found in theme parks around the world. It began with a Jungle Cruise-style experience as riders float past animatronic dinosaurs, but then quickly, and literally, the journey escalated into a shoot-the-chute drop right after each boat narrowly escaped the jaws of a T-rex hiding above them. 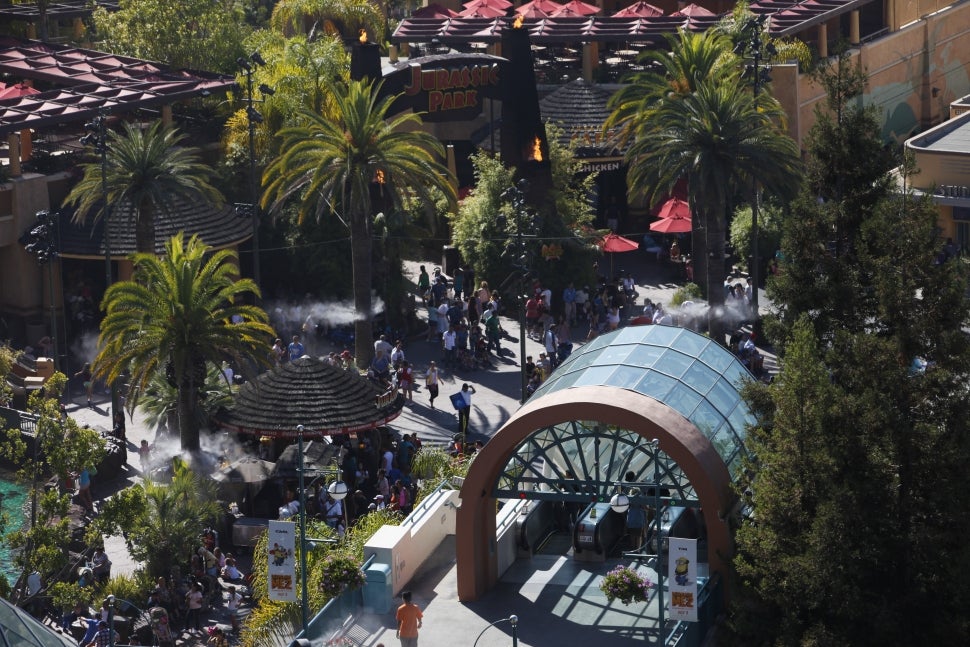 While John Hammond’s vision didn’t receive Dr. Grant’s endorsement at the end of Jurassic Park, Spielberg praised and gave credit to the park’s development team for the attraction’s showstopper finale. “I didn’t design the water drop. That was the geniuses over at [Universal Creative] and they did a great job on the whole ride,” Spielberg said.

Following the release of Jurassic World in 2015, the franchise was reinvigorated by nostalgic audiences and new generations of fans, alike. In addition to forging a second trilogy from the movie’s worldwide success, following the release of Jurassic World: Fallen Kingdom in 2018, Universal Studios announced that Jurassic Park: The Ride would undergo a makeover to complement the blockbuster films starring Chris Pratt and Bryce Dallas Howard.

In July 2019, Jurassic World: The Ride had its grand opening, showcasing the attraction’s extensive renovations, updated dinosaur animatronics, across the board retheming, as well as the addition of a showdown between the T-Rex and Indominus Rex before the big drop. ET spoke with Jurassic World director Colin Trevorrow at the event, who despite shepherding the franchise’s cinematic renaissance, revealed there was some initial uncertainty at the thought of modifying the beloved attraction.

“I am such a diehard fan of Jurassic Park and [Jurassic Park: The Ride] that, honestly, I had a little bit of hesitation when they said that we were gonna try and improve it, because I don’t think you can improve on perfection,” Trevorrow said. “But I also recognize that one of the best things about being a fan is sharing the things you love with the next generation.” 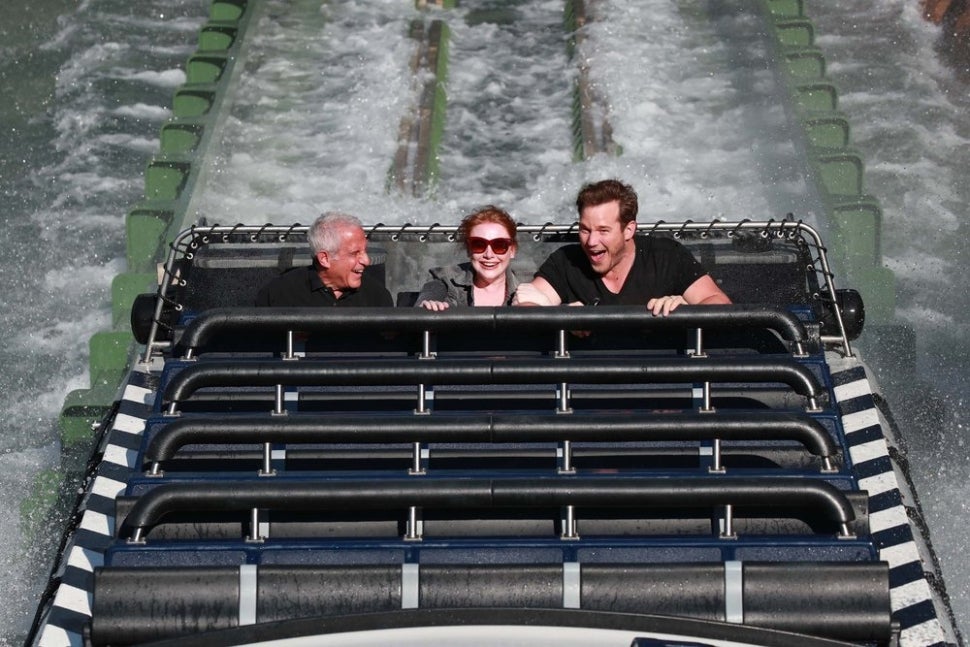 He added, “It’s thrilling and exciting for me to see how much the next group of kids coming up lucked out as much as we did.”

“It’s surreal. It’s super weird,” Howard told ET. “When I was a kid coming to Universal Studios Hollywood, I would get on these rides and it made me feel like I was actually in a movie myself and I think that’s the experience that Universal Studios is always trying to preserve and that’s what they’ve created here.”

Like Spielberg before him, Pratt revealed his own case of the frights at the ride’s climax. (But at least he went down the drop!)

“I rode it today and [I was] not cool. Made the total ‘fear face,’” joked Pratt.

Universal Studios Hollywood reopened to the public in April and the attraction has no doubt resumed inspiring ‘fear faces’ every day at the park!

Check out a preview of Netflix’s animated series, Jurassic World Camp Cretaceous, in the clip below!