The video above was produced by IndieWire’s Creative Producer Leonardo Adrian Garcia. The conversation below relates to PBS docuseries “Philly D.A.,” an eight-part look inside the district attorney’s office of Philadelphia and the challenges faced by Larry Krasner, a longtime progressive defense attorney elected as the city’s prosecutor. Helmed by Ted Passon, Yoni Brook, and Nicole Salazar the docuseries is available to stream in full via the PBS app and website.

Libby Hill, TV Awards Editor: Ben, I have to be honest with you. It’s not often that you completely blindside me, recommending a series that wasn’t on my radar whatsoever. And yet, here we have “Philly D.A.” Are you just pulling my leg? Are you sure this show actually exists?

Ben Travers, TV Critic: Libby, not only am I sure “Philly D.A.” exists, but I’m relatively sure it’s the best documentary series of 2021. It’s certainly the most illuminating, enthralling, and impressive docuseries I’ve seen since Steve James’ “City So Real,” which premiered last fall (and can be streamed on Hulu right now). So while I do love a well-intentioned prank, “Philly D.A.” is very much for real and everyone should watch it.

Libby: Wow, I mean, “Couples Therapy” exists but whatever. And I can’t help but notice that despite your assurances that the series exists, you haven’t explained a single element of it yet. What are we looking at here? I like my docuseries to have intense emotional voyeurism and/or serial killers. Is “Philly D.A.” for me?

Ben: “Philly D.A.” may be a bit light on serial killers, but it does take a hard look at capital punishment and ending mass incarceration! Plus, it gives great office voyeurism vibes, providing vicarious fulfillment by watching people flip through endless boxes of case files or get heated without any negative consequences whenever colleagues mix it up with their less open-minded colleagues.

But let me back up: “Philly D.A.” is an eight-part documentary series housed under PBS’s Independent Lens brand from filmmakers Ted Passon, Yoni Brook, and Nicole Salazar. The show ostensibly follows Larry Krasner, a lifelong civil rights attorney who ran for district attorney in Philadelphia on the promise to change the criminal justice system from within. Krasner, along with a number of other progressive candidates across the country, ended up winning, and the docuseries follows his efforts to deliver on that promise over his first few years in office, starting in 2017. Police brutality, gun violence, ending cash bail, and more issues are put front and center, as Krasner and his team fight the long-standing institutions that many believe have stopped working, if they ever did. 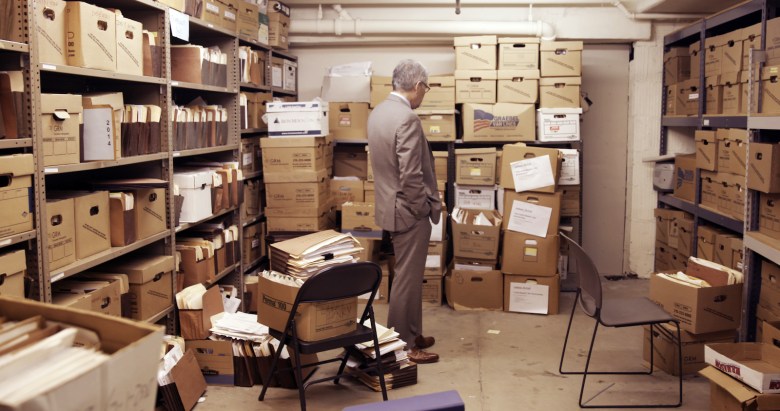 Libby: It feels like you’re describing the “The Wire” by way of the original U.K. “The Office,” which I’ll admit, has me intrigued. But what’s the deal with this Krasner guy? This isn’t one of those white savior stories where some baby boomer rolls in as the only person who could possibly right the wrongs of institutional bigotry, is it? Because a cursory Google search seems like he just might be the real thing. How does he come off in this?

And gosh, 2017? I’m pretty sure that was three lifetimes ago. When you’re talking about these huge, pressing issues that have seen extensive scrutiny in recent years, due to deadly abuses of power, does it ever make the series feel asynchronous with the current moment?

Ben: When it comes to Krasner, the filmmakers are smart enough to use his election as a peg without turning him into an untouchable hero. One of their smarter decisions (in a series stacked with savvy choices) is to widen their perspective by featuring members of Krasner’s staff, citizens affected by his policies (or policies he’s trying to fix), and even his various opponents. Not only does that make “Philly D.A.” more informed, but it also provides an incredibly strong episodic structure. One episode centers on a new staffer who’s still on probation. Tracking her day-to-day life makes it easy to see how probation and parole have become oppressive, controlling policies that support the prison industrial complex more than the people themselves. Her personal journey frames the fight to shorten post-imprisonment sentences, making the series and its message all the more powerful. And that goes double for an episode about a man serving a life sentence, which friend of the pod Steve Greene “The Recommendation Machine” considers one of the year’s best TV episodes.

As for the time period, yes, 2017 feels like 17 A.D. — when the President Who Shall Not Be Named pops up, condemning Krasner’s policies, it’s a cold reminder of the careless, uninformed, old regime — but what “Philly D.A.” makes clear above all else is that these institutional problems have existed far longer than anyone should be comfortable with. The recent scrutiny from continued protests and passionate activists must continue if there’s going to be any hope for lasting change, and that includes Krasner. The finale, which aired earlier this week, features a young activist who used to be Krasner’s client, back when he was a defense attorney, who’s now pushing him to do more with the clout he’s obtained. “Philly D.A.” follows the same mentality. The fight must go on.

Libby: It sounds like you’re saying that “Philly D.A.” is legitimately great TV. What I mean, of course, is that often times we slap disclaimers on shows that are good for what they are, as opposed to judging them on the same metric as we would any other competently made programming. Do you think it understands something about the episodic appeal of television that other shows tend to miss these days?

And, ugh, I think you’ve won me over. How would one binge this show as though it were the last quality series on the face of the planet. (Which it isn’t because, you know, “The Underground Railroad.”)(And “P-Valley.”) 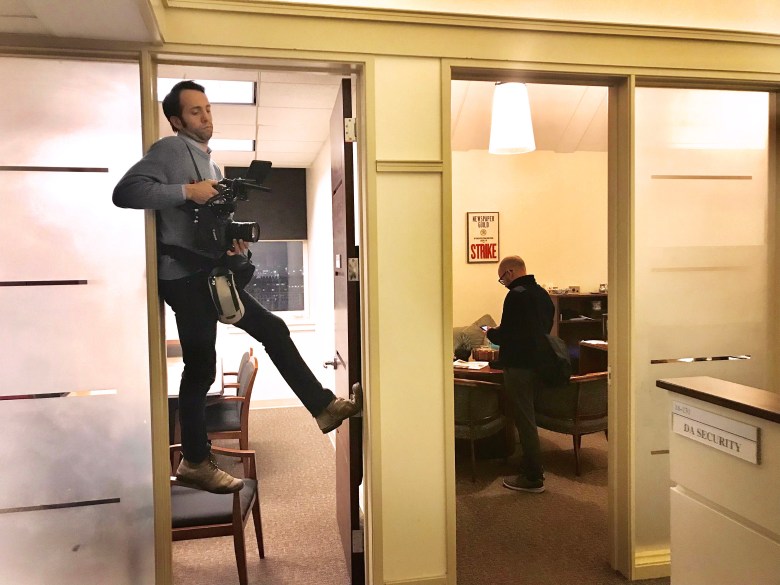 Ben: Libby, knowing your intolerance for bloated, badly paced docuseries, I figured emphasizing “Philly D.A.’s” sound comprehension of long-form storytelling would help its case far more than any personal pleading, begging, or bargaining on my part. (All of which I tried before writing this, and none of which will be entered into the official record.) And what the series understands about episodic TV is its ability to take complicated issues and break them into manageable, bite-size chunks. Here, that means explaining why a public official with clear goals, public support, and plenty of power can still struggle to implement progressive change.

One thing that Krasner says early on — and I’m paraphrasing here — is that he doesn’t want to treat people like they’re stupid. He wants to implement policies that are backed by science and data, and he trusts that anyone who hears these facts will accept them. But those clinging to the status quo, be it individuals or institutions, are all too willing to repeatedly ignore data-driven policies if they just don’t “feel” right. “Philly D.A.,” along with Krasner himself, repeatedly remind us that something may not feel right simply because everyone is used to doing it the other way: Maybe it doesn’t feel right to provide clean needles, along with doctors and nurses, to drug users, but that shouldn’t matter when the data tells us free clinics save lives.

But it does matter. In Philadelphia and across America, there’s a resistance to change even as there’s growing fury over how things are; those two ideas shouldn’t be able to co-exist, but “Philly D.A.” illustrates exactly how they can, episode by episode, issue by issue, point by point. That may sound like a lot to handle right now, so rest assured: Krasner gets plenty of wins. There are happy endings here. (I did laugh! Quite a bit!) So when you’re done with Barry Jenkins’ masterpiece on Amazon and the dancing ends in Katori Hall’s addictive Starz  drama, head over to the PBS website or app and watch “Philly D.A.” Starting July 1, the series moves to Topic, where it will still be well worth the monthly subscription fee. But hopefully it won’t take that long for you, dear Libby, and you, our dear readers, to seek out this outstanding new show.

For more on how and why to tune in to this underrated gem, tune in to this week’s episode of IndieWire’s TV podcast “Millions of Screens” with Creative Producer Leo Garcia, Deputy TV Editor Ben Travers, and TV Awards Editor Libby Hill. Then, hold on to your hats because it’s time to dig in to the finale of HBO’s “Mare of Easttown,” where the crew gets their spoilers on and we learn just how well Leo’s Murder Durder Suspect Power Rankings Supreme shook out.

“Millions of Screens” is available on Apple Podcasts, Breaker, Google Podcasts, Spotify, and Stitcher. You can subscribe here or via RSS. Share your feedback with the crew on Twitter or sound off in the comments. Review the show on iTunes and be sure to let us know if you’d like to hear the gang address specific issues in upcoming editions of “Millions of Screens.” Check out the rest of IndieWire’s podcasts on iTunes right here.