The Mandalorian has been packed full of notable guest stars and cameos as it continues to wow audiences with its story about a lone bounty hunter and his quest to return an infant member of an unnamed, Yoda-like species to its home planet. Among them is W. Earl Brown, who most audiences know as Dan Doherty from Deadwood. On the Disney+ series’ season 2 premiere, he made a surprise appearance as Weequay Proprietor, fulfilling a lifelong dream of being in the Star Wars franchise as well as getting to reunite with former co-star Timothy Olyphant.

For Brown, who has appeared in everything from the original Scream to AMC’s Preacher, the first Star Wars film is what made him want to work in movies. So when the opportunity came along to appear in The Mandalorian, he jumped at the chance — even if it required him to wear prosthetics.

He explains he had a terrible time on the set of Angel, spending hours and hours in the makeup trailer being transformed into a demon. “My skin was terrible and I was miserable,” the actor recalls to ET. This time, however, Brown was more than happy to make the sacrifice.

As Weequay Proprietor, Brown plays a bartender in Mos Pelgo, a small mining town on Tatooine opposite Olyphant as the town’s marshal, Cobb Vanth. It’s there, where the titular Mandalorian (Pedro Pascal) ends up on his search for more of his kind as he tries to glean more information about where The Child is from.

With Brown as a bartender and Olyphant as the marshal, it’s a nice nod to their dynamic on the set of Deadwood. In the HBO series created by David Milch, which ran for three seasons from 2004 to 2006 and returned for a special film installment in 2019, Brown was often seen behind the bar at the Gem saloon while Olyphant played the lawless South Dakota town’s sheriff, Seth Bullock.

While the two didn’t know they were going to be reunited on set until a few days before, they quickly took advantage of it on the first day they filmed together. “Tim walks over and I went, ‘You ought to pin that f**king badge on your chest,’” Brown says, mimicking his character’s western drawl. “And Tim said some Bullock line back to me. So, we were having a laugh.” 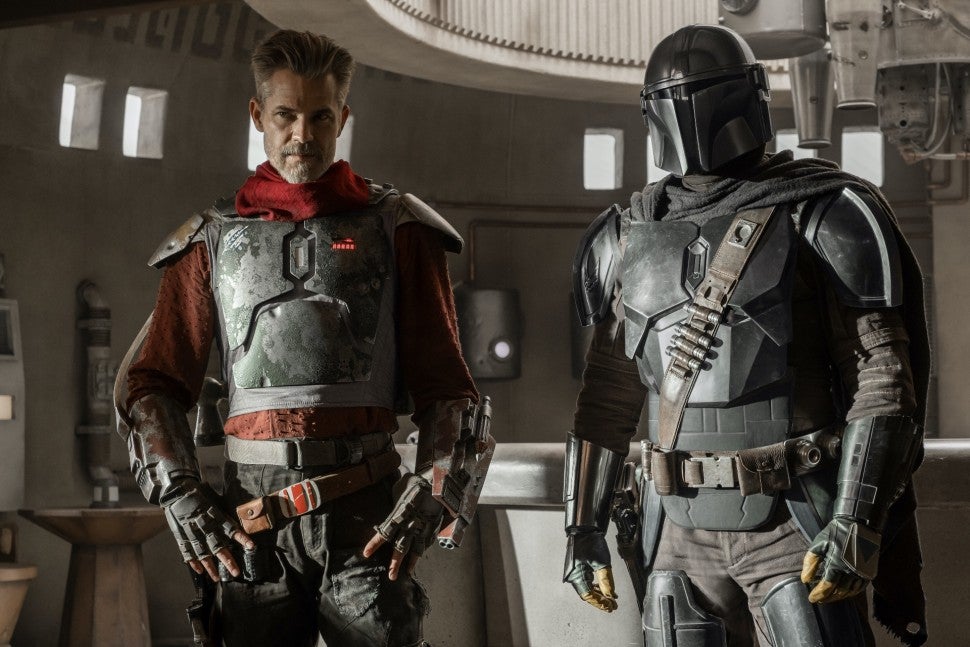 It was then that creator Jon Favreau, who also wrote and directed the episode, realized that he had inadvertently cast a Deadwood reunion. “I loved Deadwood. I absolutely idolized David Milch,” Brown recalls Favreau saying before pointing to Olyphant and adding, “We hired you. And then I just said to casting, ‘Get Earl old Brown,’ because I did not consciously think that I was recreating Deadwood in space. But here we are.”

Brown adds, “I guess it was serendipity that led us back to a bar in a rugged, dangerous outpost.”

While the two actors exchanged lines as their former screen counterparts, they also reminisced about the impact that the series had on their careers. “Tim said, ‘Until we did the movie, I really didn’t realize how much it impacted me until we were all back together. And I realized how much I had learned,’” Brown recalls. (It echoes a sentiment Olyphant told ET when the movie first premiered, noting that Deadwood was one of the few projects of his that had “a real impact and lasting memory.”)

For Brown, “in the landscape of my career, [Deadwood]’s the mountaintop.” 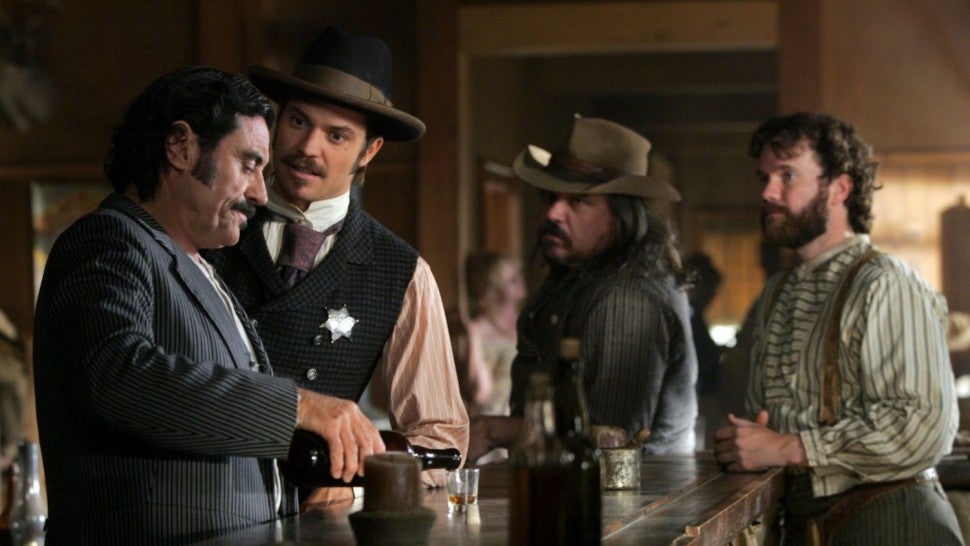 In addition to the two former co-stars reuniting in the premiere, another Deadwood actor, Titus Welliver, showed up not long after as an Imperial Captain in episode three. When asked what makes the spinoff such a great crossover series for Deadwood, Brown says that at its heart, the Star Wars franchise is a Western. “And that’s what is at the forefront of The Mandalorian,” the actor says, adding that Favreau and executive producer Dave Filoni also channel Milch’s same spirit.

While Brown’s time on the series so far was brief, there may be more that audiences see of Weequay — especially if Favreau has anything to say about it. As they were wrapping Brown’s final scenes before he had to jet to another project, the director came over to him and asked, “Would you be open to possibly coming back and doing more of this down the way?”

The Mandalorian season 2 is now streaming on Disney+.