Introduced as a confident teen from the city, Lizzie (played by Sarah Dugdale) made a huge impression on timid young bartender Ricky (Grayson Maxwell Gurnsey) when she upped sticks to Virgin River. Netflix viewers watched as Lizzie went from manipulating and teasing Ricky, well aware he had a crush on her, to eventually harbouring similar feelings of her own towards him. However, the pair faced stern opposition over their romance throughout in the form of Lizzie’s aunty Connie (Nicola Cavendish).

Lizzie’s religious aunt and town gossip took on the task of looking after her niece with plenty of vigour.

Desperate to keep Lizzie in check and on the right path, Lizzie condemned the two’s romantic connection – and hit the roof when she discovered they’d slept together.

So much so, she even held an intervention style meeting with Ricky and his grandmother to prevent it from happening again.

“Your degenerate grandson defiled my niece,” Connie firmly snapped at Ricky’s grandmother in the ninth episode of season two. 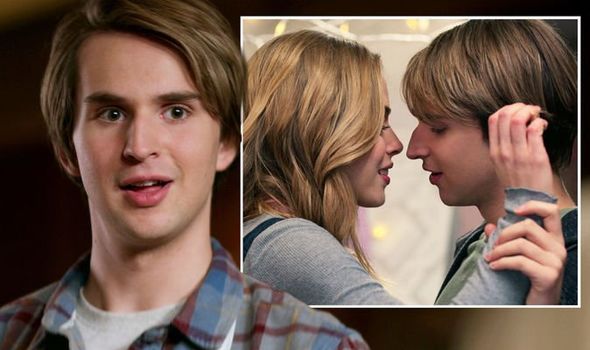 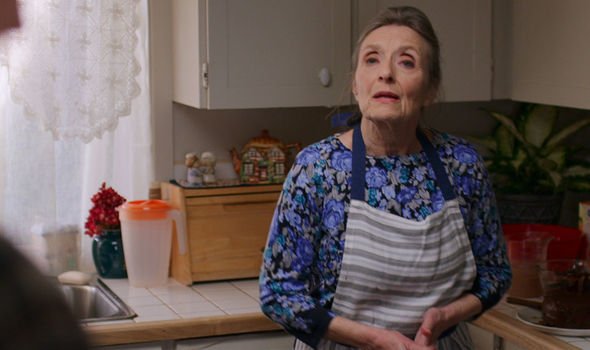 “You keep your eyes and your filthy paws off her,” Connie warned Ricky.

However, despite Connie’s outrage, her feelings weren’t reciprocated by Ricky’s grandmother, who stood up for her teenage grandson.

“They’re not children,” she said. “Ricky’s 18 which makes them both adults.” 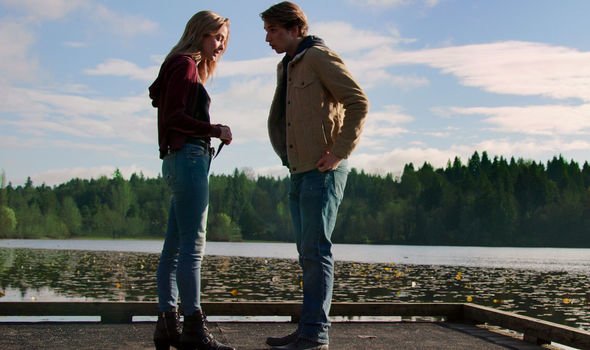 After Connie insisted the two should abstain from premarital sex and blasted that they should be “ashamed” for using protection, it was left to Ricky’s grandma to support their romance.

“Connie, Ricky is an upstanding young man. He’s a good student and hopes to be a Marine one day. And frankly, Lizzie is lucky to have him,” she said.

This wasn’t enough to sway Connie, however, who threatened to send Lizzie back to her parents if she were to continue seeing Ricky.

And judging by a recent interview from Dugdale, it sounds like the romance between Ricky and Lizzie could be in for a tough time with Connie.

“It’s not a love triangle, but there’s definitely a triangle with Lizzie, Ricky and Aunt Connie,” she explained to TV Line.

“Connie is such a part of their relationship, not by Lizzie’s choice.

“In season three, we’ll hopefully get to explore her presence, even when she isn’t there; the complications that brings up for them; and their ability to stay present together when there’s all this other stuff going on.”

So with Dugdale confirming Connie will be interfering in their romance, it certainly doesn’t bode well.

Especially with her threatening to ship Lizzie back to her parents if she stays with Ricky.

Considering Dugdale all but confirms the romance will continue in season three, could Connie stay true to her word?

And if she were to send Lizzie back to her parents, could Ricky really juggle school and work at the bar with a long-distance relationship?

It’s more likely the two would be driven apart and forced to split if Connie gets her way, but fans will have to wait for Virgin River season three to find out for sure.

Virgin River seasons 1-2 are available to stream on Netflix now.