Vikings is taking a mid-season break on History and Amazon Prime Video, and the series is now in its sixth season. The historical drama focuses on Viking kings such as Ragnar Lothbrok (played by Travis Fimmel), who becomes friends with former monk Athelstan (George Blagden). Fans are wondering whether Vikings is based on real Viking history, and the Athelstan actor has explained all.

Is Vikings based on Viking history?

Vikings is a popular series amongst Norse history and mythology fans, and they are keen to find out how accurate the series is.

Throughout the show, viewers get some insight into what life was like for Vikings between the eighth and 11th centuries.

Ragnar Lothbrok is the main character at the start of the series, and he was married to shieldmaiden Lagertha (Katheryn Winnick).

After Ragnar died in the fourth season, the series focussed on his sons Bjorn Ironside (Alexander Ludwig), Ubbe (Jordan Patrick Smith), Hvitserk (Marco Ilsø) and Ivar the Boneless (Alex Høgh Andersen) and the power struggle between them.

The series explores everything from Viking beliefs and traditions, rituals and sacrifices, and polygamous relationships. 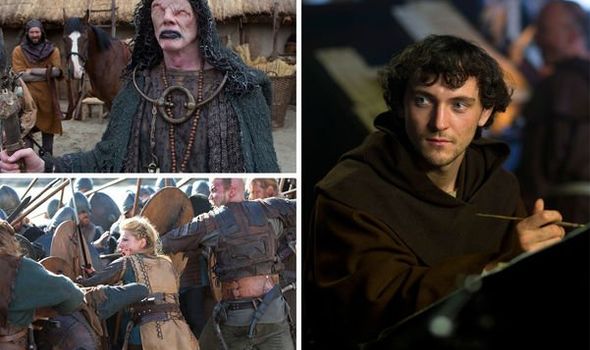 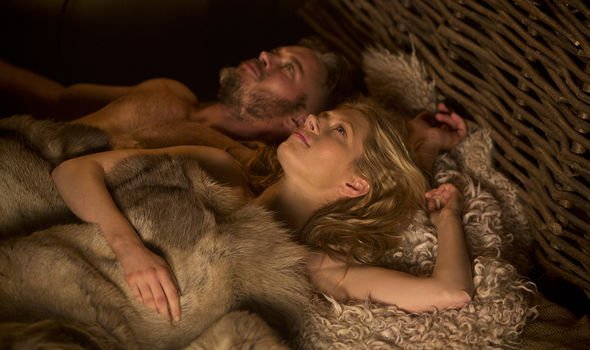 Fans have often questioned whether the series is based on real-life, with some of the characters being based on real historical figures.

George Blagden, who plays the monk Athelstan, spoke to History about the inspiration behind the series.

“I think there are a lot of misconceptions about Vikings and that period in history – everything from horn helmets that are a complete myth to Vikings being these absolute raging psychopaths that dominated northern Europe.

“I think what this show will be doing is blowing out of the water any kind of preconceived ideas about the Vikings.” 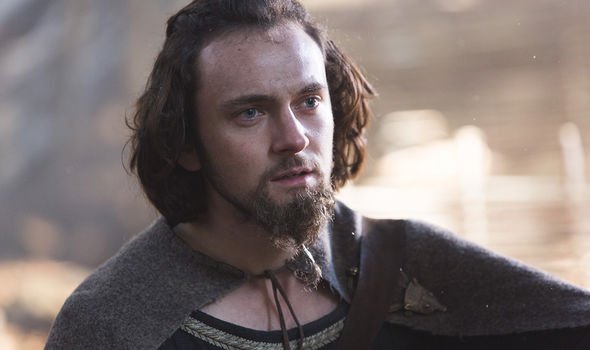 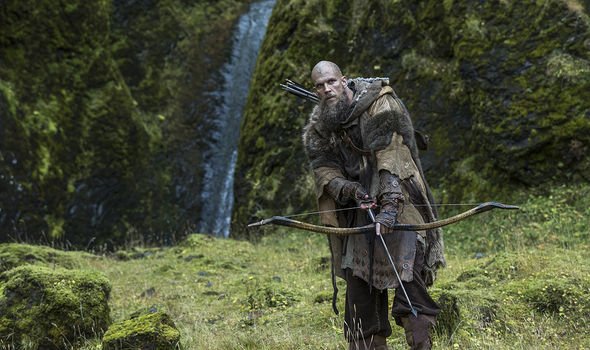 He praised the History Channel for portraying the historical aspect in an accurate way.

He said: “All of the amazing details you see all come from the genius that is Michael Hirst, he’s a history graduate – he knows his history.

“All of the historical accuracy he was on set all the time talking to us about the details of what they used in their world.

“It’s great when you have all of that given to you, in a way you walk on to these sets and you are in a Viking world.”

His character Athelstan is an Anglo-Saxon monk who is captured by Ragnar on his first raid to the UK.

DON’T MISS…
Vikings season 6 part B: Will Ragnar see his family in Valhalla? [THEORY]
Vikings: Why was the sex scene between Ragnar and Kwenthrith cut? [EXPLAINER]
Vikings: Why did Josefin Asplund leave the series? [INSIGHT]

Athelstan is taken back to Scandinavia and is kept as a slave working for Ragnar’s family.

His character goes through a huge change as he adapts to a completely new and alien environment, eventually becoming a Viking warrior himself.

Blagden said: “He is the one character who represents near enough our modern-day western society.

“Everything people learn about Vikings they will be learning through the eyes of Athelstan. It’s great playing that character.”

The real Aethelstan was an Anglo-Saxon king who ruled between the years 924 and 927. He was the son of Edward the Elder.

Ragnar’s character is also based on a legendary Viking warlord who is mentioned in Old Norse poetry and Icelandic sagas.

He took part in many raids across the British Isles and the Holy Roman Empire during the ninth century.

Michael Hirst, the screenwriter, drew on some of these sagas when it came to creating the main characters in Vikings. His daughter, Georgia Hirst, plays shieldmaiden Torvi in the series.

Athelstan was killed by Ragnar’s friend Floki (Gustaf Skarsgård) as Floki did not agree with Athelstan’s beliefs.

Fans still miss Athelstan’s character, who later appeared in the form of visions or as part of flashbacks throughout the series.