The BBC host grilled Dr Jessica Mok, a trainee member of the Royal College of Surgeons, and Deputy CEO of NHS Trusts, Saffron Cordery separately on reports of a lack of PPE available in hospitals amid the coronavirus pandemic. But BBC Breakfast viewers weren’t happy with Naga Munchetty’s line of questioning and flocked to social media to slam the presenter.

When asked if she had any concerns about the supply of PPE, Dr Mok answered: “No I’m not really involved in the organisational aspects of it but what I’ve seen so far we’ve not got a problem in terms of access to those. We’re not really allowed into the hospital without sufficient PPE.”

Naga interjected: “The reason we’re talking about this and we are going to be talking to someone from an NHS Trust later, is that the guidance is doctors and nurses in England being told that they may have to work without full length gowns and treat patients with coronavirus. If you were asked to do that, how would you feel?”

Dr Mok replied: “It’s difficult because it is quite a high risk situation where we are at the Nightingale it’s all patients are ventilated so having sufficient PPE is important.

“I guess it depends on what we’re actually being asked to wear so it’s hard to say without seeing what it is we’ve got. I do trust the organisation to look after us and they have done so far.” 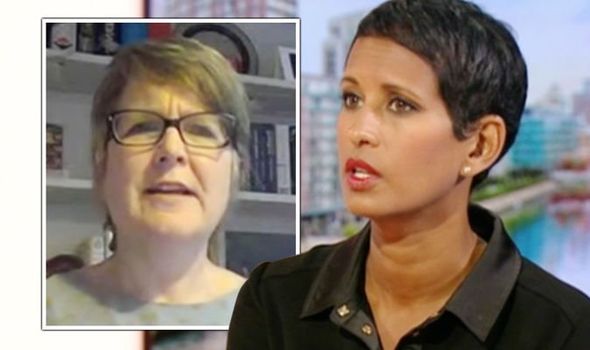 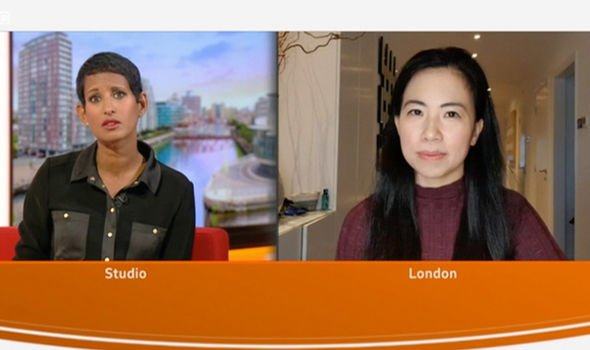 “That doctor won’t be invited back on after she said she had enough PPE #BBCBreakfast,” a second shared.

While another wrote: “#BBCBreakfast Oh s**t quick Naga, a doctor has enough PPE! Try and twist it round to her not really having enough!!!”

Naga asked: “When it comes to these trust leaders because, as you say, they are concerned with keeping their staff safe, can they say, ‘We don’t agree with this, we are not going to put our staff at risk‘? 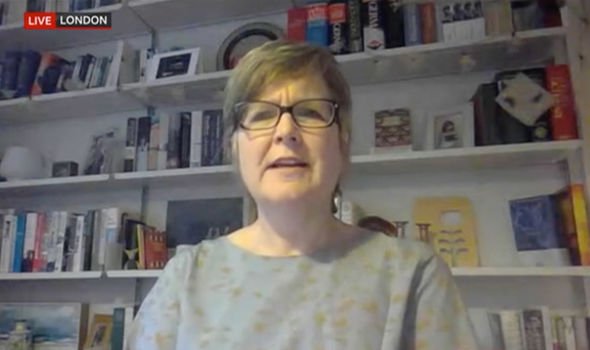 “This is about getting through a period of time before we can get to a sustainable supply of gowns.”

She explained: “I think the important thing to remember here as well is that those fluid repellant gowns will be reserved for the highest grade procedures.

“It’s about making sure other situations can use different gowns and different combinations of protective equipment.”

Interrupting, Naga asked: “Just to clarify this, you’re saying the other gowns can be used in less critical situations or  less exposed situations so are they not needed, is there therefore not a problem?”

“I don’t think we can actually talk about black and white situations here,” the NHS Trust manager continued. “This isn’t ideal if there were a full supply of gowns, everyone would be wearing gowns but that isn’t the situation we’re in.

“It’s about really clear about how we can actually make the situation workable for the period of time where the equipment isn’t available but it’s not ideal. Trust leaders will tell you they would much rather be able to access supplies.”

However, BBC Breakfast viewers weren’t happy with Naga’s line of questioning and took to Twitter to slam the presenter.

One viewer fumed: “So the first doctor at 07.20 told you clearly – but you didn’t like the answer as she never blamed the government – so you’re hoping this one will blame the government. You’re asking the same stupid questions. Honestly!!! #BBCBreakfast.”

“Tbh this programme is totally unwatchable, turned off #BBCBreakfast,” another remarked.

“You were told earlier by a doctor, that she had no issue with PPE at Nightingale, you’ve just been told it’s a global shortage, orders have been in for months, this lady is saying it’s not ideal but have to get on with it, you can’t magic up PPE, stop this ‘gotcha’ !!! #bbcbreakfast,” a third shared.

But some viewers agreed with Naga as one tweeted: “‘Convenience’ & ‘Ideal’ are two words that shouldn’t be used when you’re talking about the use of #PPE & putting someone’s health at risk to treat the public! #CoronaVirus #COVID19 #BBCBreakfast.”

Another added: “PPE is ether essential or not? Surely!! Saying that ‘it’s not ideal’ not to have gowns is ridiculous. People’s lives at risk here!!! Where’s the employer’s duty of care? Saffron Cordery saying this from NHS providers saying this from the comfort of her own home! #BBCBreakfast.”

BBC Breakfast airs daily on BBC One at 6am.