Univision’s coverage of the U.S. men’s national team’s 3-2 victory over rival Mexico in the final of the inaugural CONCACAF Nations League on Sunday night tied ABC’s season premiere of Celebrity Family Feud for the night’s top broadcast in primetime.

The game, which aired live from Denver and was decided in overtime, drew a 0.8 rating and 1.96 million viewers from 9-11 p.m. for the Spanish-language broadcast; it also aired live via CBS Sports Network.

The Americans’ victory in a match that featured at least two occasions of players being hit with bottles thrown from the stands in the always contentious rivalry game, capped a busy sports day that included the Los Angeles Clippers advancing in the NBA playoffs with a Game 7 victory earlier in the day and Simone Biles winning a record seventh all-around title at the U.S. Gymnastics Championships (0.4, 1.93M) which aired on NBC from 7-9 p.m.

CBS won the night overall in viewers according to Nielsen’s Live+Same Day fast nationals, with the night’s most-watched show 60 Minutes (0.4, 6.68M) followed by the Kennedy Center Honors special (0.3, 5.08M), which was tops in viewers from 8-10 p.m. for its 43rd edition. The pre-taped D.C. shindig took a hard hit on the network from its last ceremony back in 2019 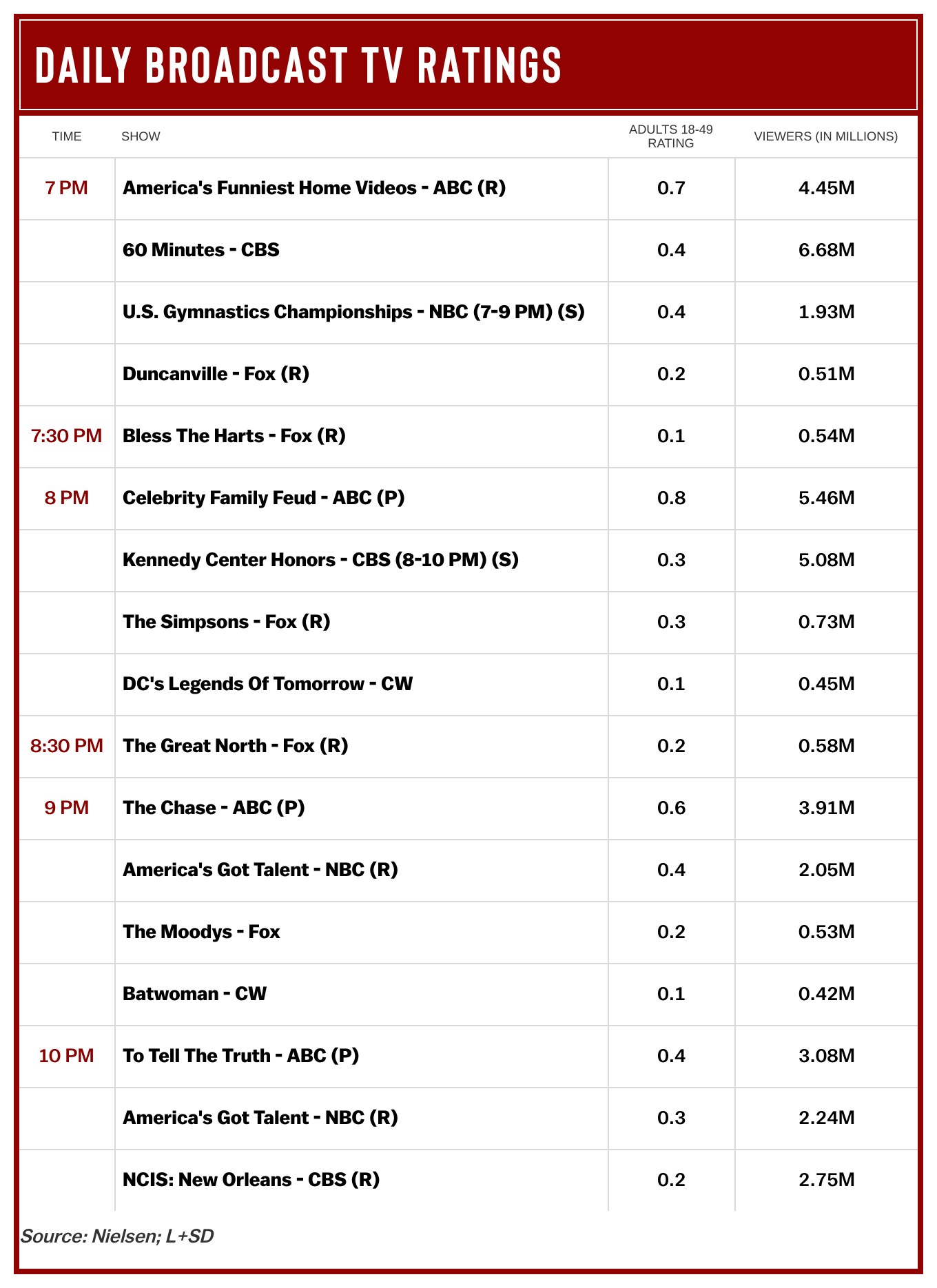