Just call Timothée Chalamet “The Candy Man” because he’s the latest actor to embody the classic character, Willy Wonka. Timothée—in a surprising turn of events—will star in the upcoming prequel film about Wonka’s origin story, Deadline reports. The Charlie and the Chocolate Factory prequel is titled Wonka and will hit theaters on March 17, 2023, per People.

Wonka is based on characters created by Roald Dahl and the story will focus on a young Wonka and his adventures prior to opening his famous chocolate factory. Paul King will direct the film based on Simon Farnaby’s screenplay. David Heyman and Luke Kelly will produce the movie and Michael Siegel and Alexandra Derbyshire will serve as executive producers.

According to Deadline sources, Timothée will show off his singing and dancing skills for the first time (!) in several musicals numbers. He was obvs the top choice and they ~finally~ cast him after resolving scheduling issues. 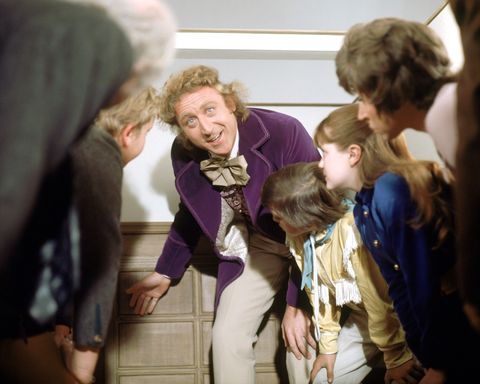 In an interview with Collider in 2018, Wonka producer David Heyman spoke about the creation of the prequel: “It’s a prequel; it’s not a sequel. What makes Willy—when we find him at the chocolate factory doing the golden ticket, where is he before that? What leads him to that place where he’s locked himself away? It’s, ‘How does he get there?’ So we’re playing around with that.”

Wonka will be the third telling of Willy Wonka following the 1971 adaptation of Charlie and the Chocolate Factory, starring Gene Wilder, and the 2005 remake with Johnny Depp in the role.

You’ve got some big shoes to fill, Timmy. We’re sure you can pull it off.

Want more analysis on all your favorite movies? Yeah. We know you do. You can find all of our film coverage here.