THIS Morning's Eamonn Holmes shocked viewers as he said he could hear "machine gun" fire during an awkward sound blunder.

The daytime show had just kicked off and was giving viewers a glimpse into what will be coming up for the rest of the episode. 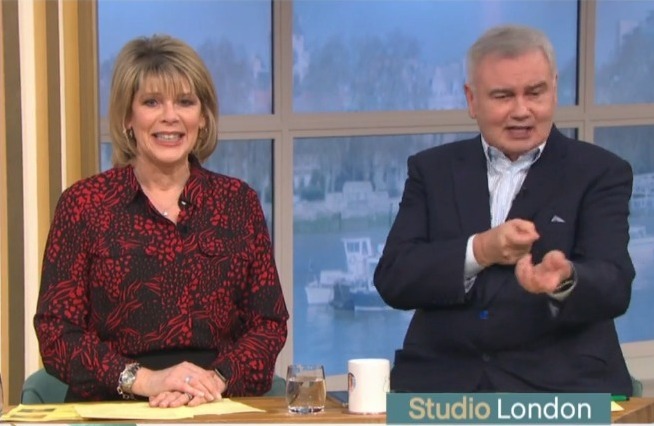 Ruth Langsford said that home genie Georgina Burnett would be giving some ideas for half term crafts, with the camera cutting to Georgina at her home in Kent.

But as she spoke to the hosts, the sound was disrupted by a sharp static noise – leaving Georgina inaudible.

Ruth exclaimed: "Oh!" as the segment was cut from the airwaves, returning to the presenters in the studio.

Eamonn said: "Somebody's fired a machine gun, obviously, at her there backstage." 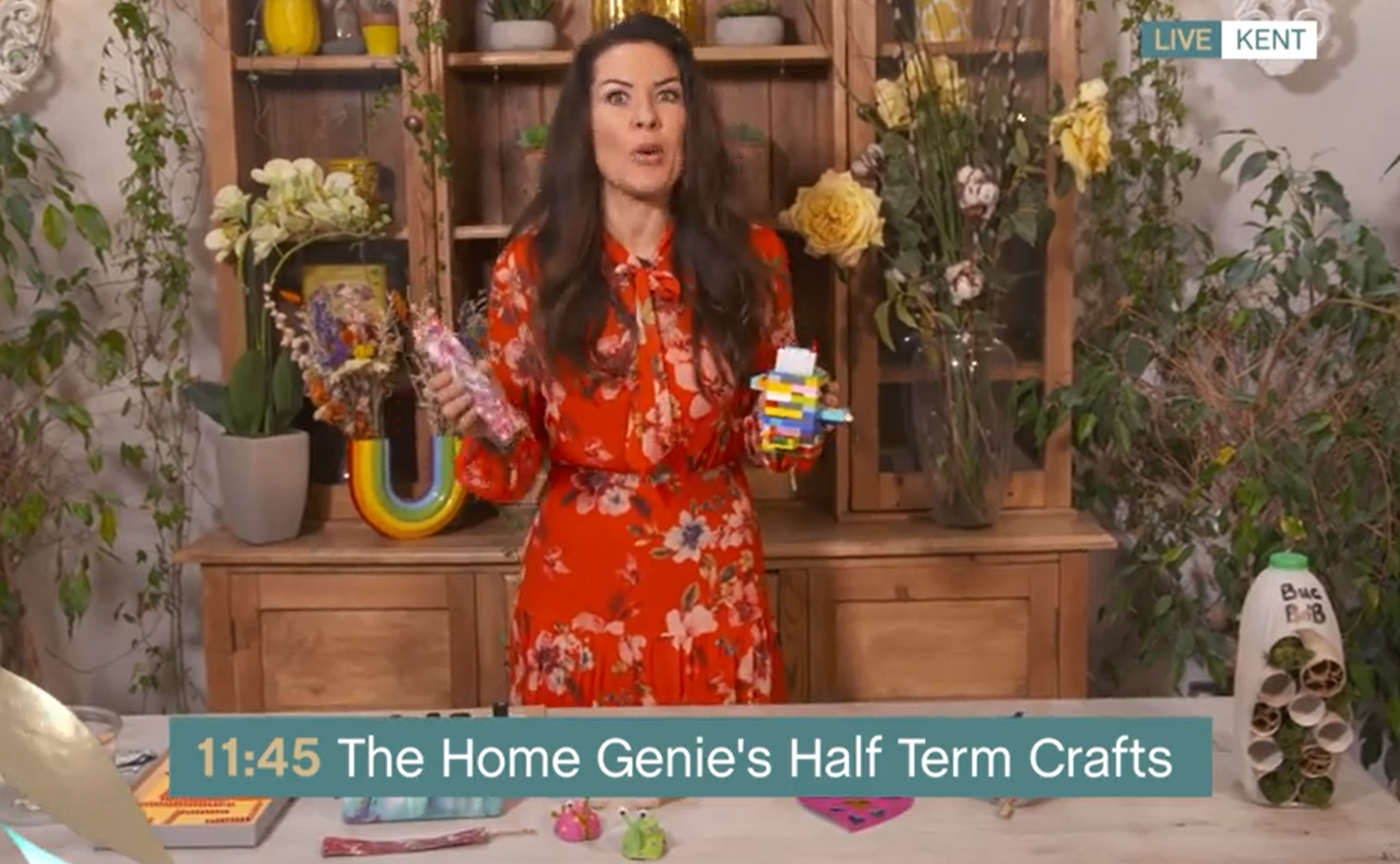 His partner told viewers: "Something's going on with the microphone there – basically, Georgina's going to do some crafting."

This Morning viewers were surprised by Eamonn's remark, with one tweeting: "Bit dramatic from Eamonn there!"

Another added: "Can't believe Eamonn just compared static to a machine gun!" alongside a crying with laughter emoji. 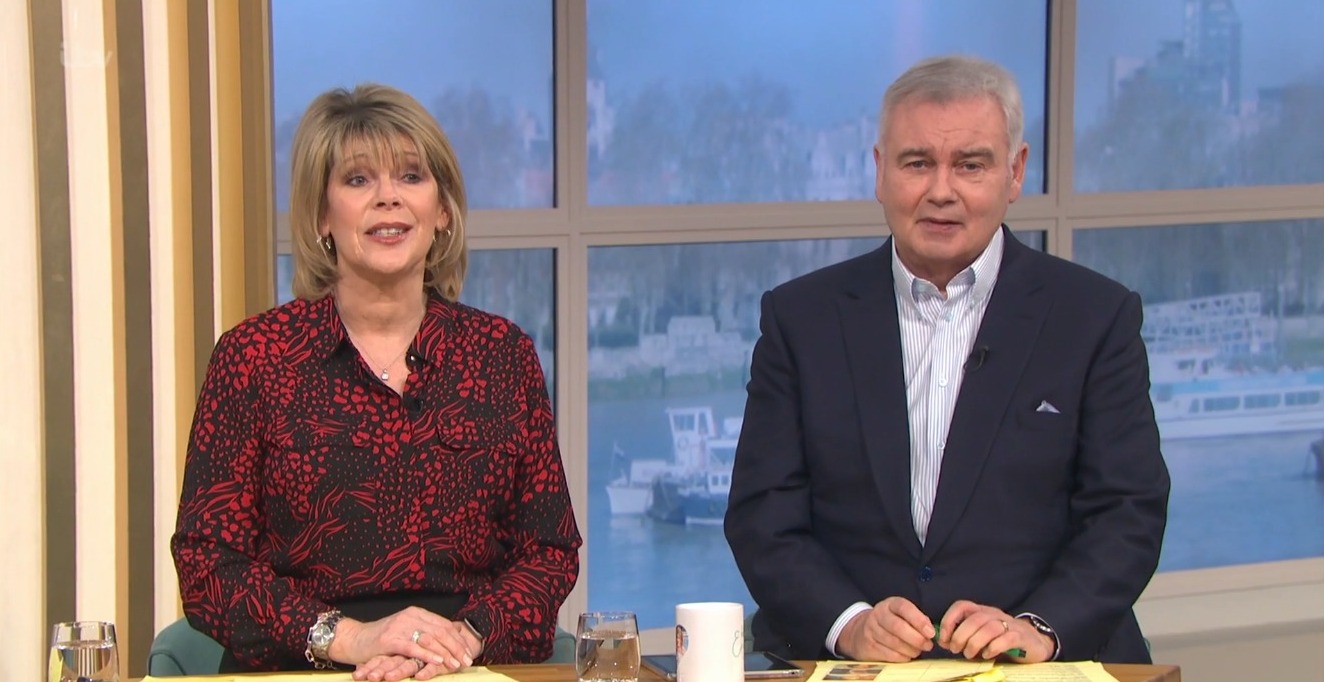 Fans have been delighted to have Eamonn and Ruth back on their screens this week, with the TV favourites stepping in for Holly Willoughby and Phillip Schofield during half-term break.

It was their first appearance on the show after they lost out on their regular Friday slot last year, with bosses replacing the married couple with Alison Hammond and Dermot O'Leary.

The duo hosted their last weekly episode in December after being forced out as part of a shake-up on the ITV hit. 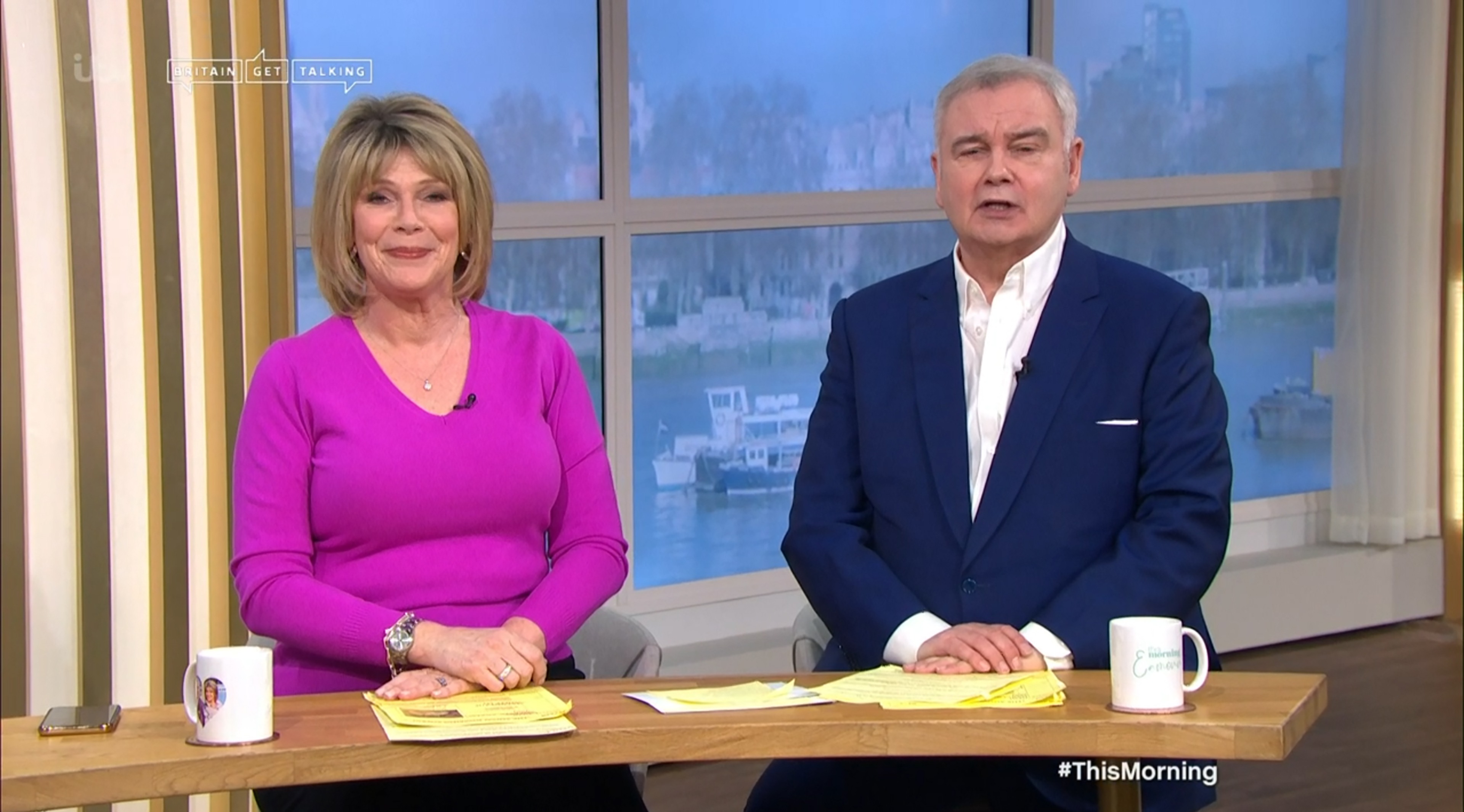 Despite being left saddened by the decision, the stars insisted that there were no hard feeling between them and their replacements, asking fans to make them feel welcome at the time.

Eamonn and Ruth had presented Friday's episode of This Morning since 2006 – but they will now only be called in during the school holidays when the main hosts enjoy some well-earned time off.

A TV insider had previously told The Sun that Eamonn feared he was "too pale, stale and male" to remain a regular face on the show for much longer.

Although fans were divided by Eamonn and Ruth's weekly departure, Alison and Dermot have proven to be a success, boosting This Morning's viewing figures by 44%.