Watching Netflix’s first season of Love is Blind is a study in both appalling and hopeful behavior. On one hand, it showcases the worst in human psychology. On the other, it shows some people are looking for real love rather than just reality show fame.

While people watched, they honed in on the props from inside the quarantine pods. One utensil stood out: the odd metal wine glasses fans found more than a little kitschy.

These glasses seem to have a specific psychological purpose if looking like something out of Game of Thrones or similar medieval drama.

Since they became a major part of the show, fans are now buying them, proving subtle marketing wins. 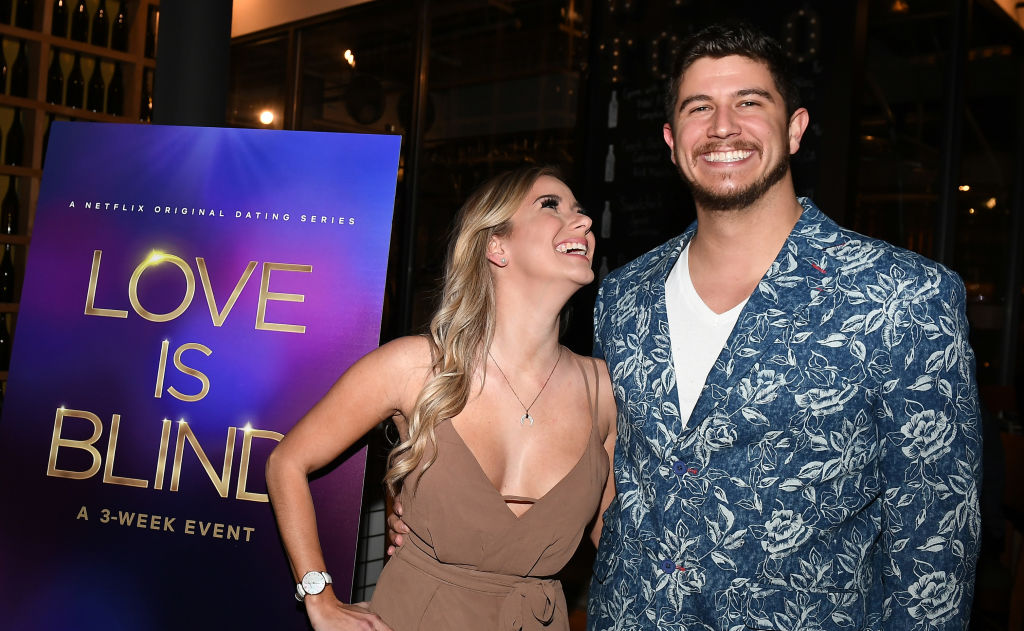 Whether one wants to call them goblets, chalices, or just regular wine glasses, the reasons behind them being there are somewhat unknown. Perhaps they were a budget item if working on a more limited budget. Also, the producers might want the glasses there to showcase the contestants drinking more often than they should.

According to O Magazine, producers of Love is Blind said the glasses were not an attempt to entice contestants to drink. No explanation is given, however, on why this style of wine glass exists there.

Everyone is left to assume the glasses are there to set some kind of unique mood since these contestants are all stuck in pods as if another world. Or was there some kind of subtle ploy by a glass manufacturing company trying to shape trends?

When a big reality show on Netflix goes out into the world, product placement would never be a shocker.

Did the metallic wine glasses emphasize the drinking by Jessica Batten?

Those who saw Love is Blind all the way through know that Jessica Batten’s drinking was a major distraction in the show. Her drinking also got her into a little trouble, with the topper being a drunk Jessica letting her dog drink out of the wine glass.

All the other contestants drank from these glasses as well, more than a few times. It reached a point where the goblet drinking became more emphasized than the relationships unfolding. More than a few glasses memes started popping up on social media not long after.

Men’s Health put together a compilation of all the tweets about the glasses, and fans are loving it. Having the glasses become so ubiquitous probably did create a new craze for these new goblets. Through all the social media postings about them, many say they Google all the time trying to find something similar.

A major comeback for goblets since the Roman Empire?

At the Food152 site, a senior editor there said: “Those gold goblets should’ve died with the Roman Empire.” A good argument is made there; these types of drinking glasses have probably never been in mainstream use since those ancient times.

One could argue the reason metallic wine glasses are back is that they hide the libation inside. Nobody really knew how full those glasses were, meaning the show perhaps wanted to hide the drinking rather than bring more attention to it. Or, they wanted to it to appear contestants were drinking more alcohol than they were.

If there was a secret marketing ploy to get more people to buy these glasses, it worked. Many sites offer links to places where anyone can buy them. A set of similar glasses on Amazon became so popular, they sold out. In a time of quarantine, metallic drinking goblets might end up being sold out as much as toilet paper, all because of Love is Blind.