The Walking Dead tease final season of the show

The Walking Dead has seen many cast and character changes over its 10-year run. With the 11th and final season approaching later this year, fans have high expectations for the popular show’s finale. However, fans are worried about Rosita (played by Christian Serratos) after new first-look images appear to hint that she may die in the forthcoming season.

The Walking Dead season 10 concluded in April and the series’ 11th and final season will air in August this year.

Fans should also be excited to hear that all 10 seasons of The Walking Dead will be made available on Disney+ on July 2, so fans can catch up on the latest ventures of the walker-killing gang before the 11th season premiere on August 23 on AMC.

However, in the meantime, AMC has released the first sneak peek photos from the upcoming season.

While the photos are sure to excite fans, many took to Reddit as they are concerned for Rosita’s fate. 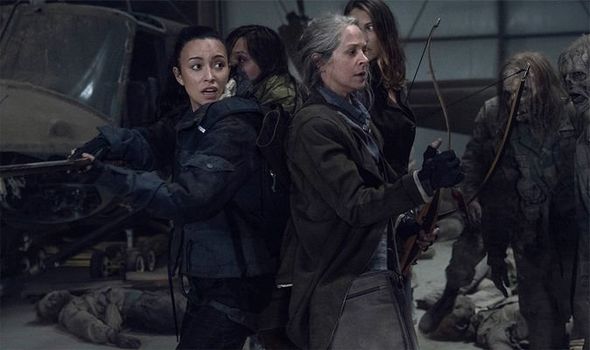 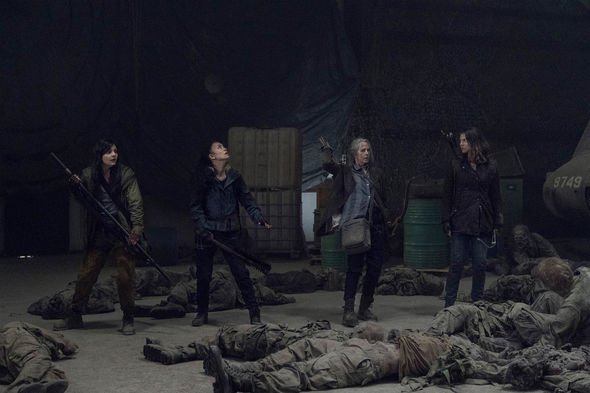 One Reddit user wrote: “I’m really scared they’re just gonna end up giving Aaron (Ross Marquand) and Rosita the 2 of the last 3 big comic deaths that we can likely expect since 11 is the final season.

“I really hope not, considering both genuinely deserve to survive to the end.

“I definitely do have my death predictions for 11,” they concluded.

The theory comes as, in one photo, Carol (Melissa McBride) and Rosita appear to be under attack and things aren’t looking good for the pair.

While Lydia (Cassady McClincy) and Maggie (Lauren Cohan) are also by their sides, the foursome will have to fight against the odds to battle off the Walkers.

Could this be hinting that one of the gang could lose out to the Walkers given the tense look of the new pictures? 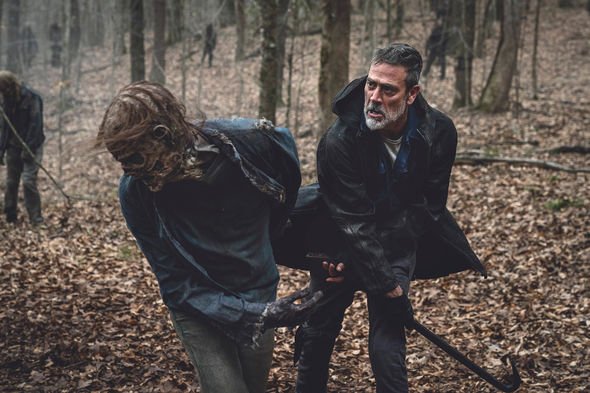 However, one fan disagreed with the theory despite the new snaps, saying: “I personally feel that with Coco, and the recent death of Siddiq, Rosita will survive to the end of the show now.

“I also really feel like Gabriel’s time is up, so if Gabriel dies, that is even more reason to not kill Rosita,” they added.

Rosita suffered greatly in season 10 as her lover Siddiq (Avi Nash) was tragically murdered, leaving her alone with their daughter Socorro.

However, she found love again in the comforting arms of Gabriel (Seth Gilliam) and the two are currently in a relationship.

“They’ve given her way too many side plots recently that she barely feels like she’s part of the cast.”

Another agreed, responding: “I agree. She’s probably the biggest star power and best character outside the Daryl and Carol team. Hope she is a main character.”

Many other fans agreed that Rosita hasn’t been a major presence in the last few seasons since she gave birth to her daughter, but they were glad to see in the photos that it looks likely she could have a bigger part to play in season 11.

However, as excited as fans are for Rosita to return, could her more prominent role on the show hint that she could be the next to die?

“Seeing Rosita again instantly made me smile,” another remarked.

Others also loved seeing Rosita fight alongside Carol for the first time, with one fan saying: “So nice to see Rosita, Lydia, Carol, & Maggie fighting alongside one another.”

“Good to see Rosita in the main action again,” another wrote.

Will Rosita die in season 11 or will she live in order to protect her daughter? Fans will sadly have to wait a little while longer to find out.

The final season of The Walking Dead is scheduled for release on August 23 on AMC.