Alex Jones was joined by Michael Ball in The One Show studio this evening as the pair interviewed Keith Lemon via video link to discuss his new show The Fantastical Factory of Curious Craft. However, when the Celebrity Juice host compared one of his own craft creations to Stacey Solomon, the BBC host was forced to step in and lightly scold the cheeky comedian.

Keith presents the Channel 4 show alongside Anna Richardson and surprised The One Show hosts by revealing he’s a fan of craft himself.

Alex remarked: “We heard you say earlier Keith, you are genuinely keen on crafting and behind you there we can see a couple of characters you made, didn’t you?”

“Then I sent them some stuff and they went, ‘You made those?’ and I said, ‘Why are you asking me to do this show if you didn’t know I could do craft?’” 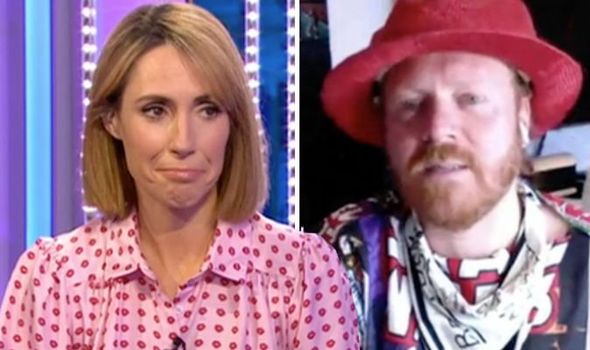 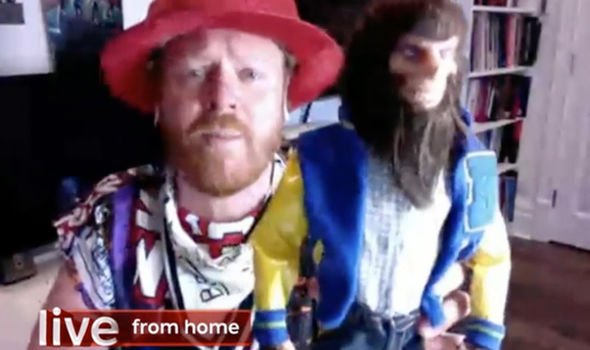 Showcasing his masterpieces, Keith said: “Here’s ET that I made and his eyes are made out of kinder egg packaging and you can make him bogeyed that’s quite fun.”

The presenter showed the pair he had made an Ewok from Star Wars before making a rude remark about a regular Celebrity Juice guest.

“Recently in lockdown, I’ve started sewing, I’ve learnt how to sew so I made this top and I’ve started making protective masks,” he continued. 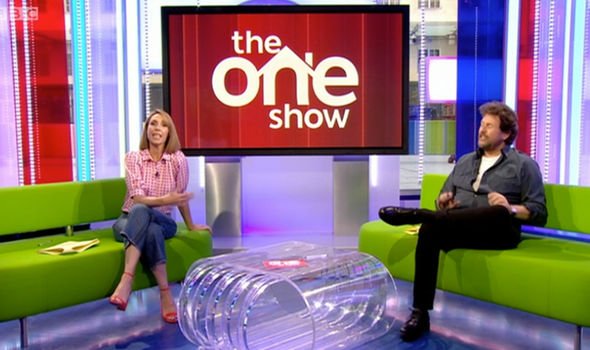 “Speaking of people, I made Teen Wolf as a little doll which is fantastic this way but when you turn it that way it looks like Stacey Solomon with a beard,” Keith added.

As she burst out laughing, Alex scolded: “You can’t say that about Stacey Solomon!”

Keith hit back: “Stacey is the first to say to me, she says, ‘I’ve got quote horse-like features, I look like a rodent’ and I said, ‘Yes, but a beautiful rodent.’

“If I was a weasel in the Wind in The Willows I’d be all over her, kissing her face.”

Alex continued: “So this lockdown has been brilliant for you Keith because you’ve been able to have time to do a bit of this sort of stuff?”

“I’ve done a lot of crafting, put a lot of it on my YouTube channel,” Keith said. “But I am going slightly mad as you can tell.

“I want to go out, I can’t wait for it to be over, I know it’s very serious and stuff and I am having a lovely time at home.”

“But it would be nice to see people instead of speaking to my computer screen, I can’t even see you all I can see is the BBC logo,” he added.

Elsewhere, Keith discussed his new Channel 4 series and revealed he was really impressed with the talent shown on the craft competition.

The series will see four new contestants create crafts in a bid to impress Keith and Anna before being commissioned to make a creation by a celebrity guest who will then take the winner’s work of art home with them.

Eamonn Holmes, Spice Girl Mel B, and Martin Kemp are just a few celebrity guests that appear throughout the series.

The One Show airs weekdays on BBC One at 7pm.