The Lost City has been one of the most remarkable surprises of 2022. There are plenty of highlights to discuss like the chemistry between Sanda Bullock and Channing Tatum or the entertaining action sequences. Another highlight is also the sequence involving Brad Pitt, which was short but still memorable. However, the creators of The Lost City said that Brad Pitt’s role in the movie almost ended up being played by Keanu Reeves.

Brad Pitt has a small role in ‘The Lost City’

The Lost City stars Bullock as an adventure novelist who is kidnapped by an eccentric billionaire, played by Daniel Radcliffe, to help him find an ancient treasure. Her cover model, Alan (Tatum), tries to save her, and the two end up on the run from Radcliffe. The Lost City has been a huge hit with audiences and critics and even did well at the box office, grossing over $163 million worldwide, according to Box Office Mojo.

In The Lost City, Brad Pitt appears as Jack Trainer, a mercenary who is hired to get Bullock and Tatum off the island. He ended up having a role that was larger than just a standard cameo and it became one of the best parts of the movie. Pitt’s over-the-top performance provided the movie with plenty of hilarious moments, along with some exciting action set pieces. 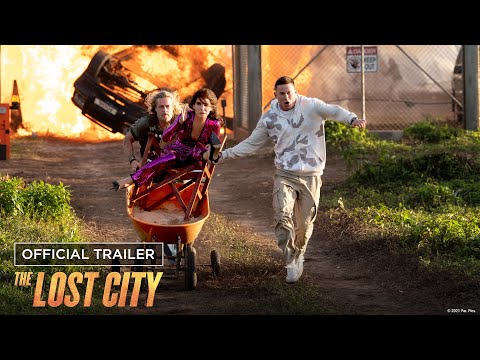 In an interview with Screen Rant, directors Adam Nee and Aaron Nee said that Pitt’s character was almost played by Reeves. Pitt was their first choice but they didn’t think it was going to happen. However, Reeves was also busy working on John Wick 4 at the time and Pitt was able to join The Lost City after working with Bullock on Bullet Train.

“I think we thought it was gonna be Keanu Reeves initially, but he was tied up with John Wick and that’s where we were like, ‘Brad was always our first choice,’ but we didn’t think it was gonna happen,” Adam said. “Then [Sandra] did Bullet Train and it came together. And I love Keanu, he would’ve been fun too.”

It would have been awesome to see a Speed reunion between Bullock and Reeves, but Pitt is an amazing actor so it’s hard to say that anyone could have played this role better. Bullock’s role in Bullet Train hasn’t been disclosed and she was hidden in the first trailer, but she and Pitt will unite again in the upcoming assassin thriller.

Keanu Reeves is busy working on the ‘John Wick’ movies

Don’t be too sad about Reeves missing out on The Lost City. The actor is getting ready for both John Wick 4 & 5. John Wick 4 is currently set to debut in theaters on March 24, 2023. The John Wick movies have started a Reeves renaissance where the actor has become one of the biggest stars in Hollywood once again. They’re some of the best action movies out there and it is exciting to see the train keep chugging.

The Lost City is now streaming on Paramount+.