The Last Kingdom season five is in the making and the stars of the Netflix series have been posting plenty of filming updates. A few new casting announcements have been made, suggesting the final outing will see a time jump. Does this mean Aelswith (played by Eliza Butterworth) will be written out as a result?

Will Aelswith be written out of season 5?

The Last Kingdom fans were devastated to hear season five would be the final instalment in the historical drama series.

The show, based on The Saxon Stories by Bernard Cornwell, follows the plights of Uhtred of Bebbanburg (Alexander Dreymon), whose allegiance is split between the Saxons and Danes.

At the end of season four, he was seen in Winchester helping King Edward (Timothy Innes) fight off the Viking warlord, Sigtryggr (Eysteinn Sigurðarson) and his old friend Brida (Emily Cox).

Sigtryggr had taken a number of hostages, including Edward’s mother, Aelswith, and his young sons.

At the end of the fourth season, Aeslwith was poisoned by the scheming Lord Aethelhelm (Adrian Schiller) and fans were left wondering whether she survived. 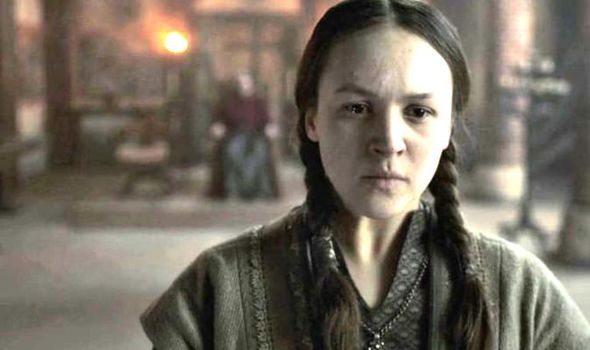 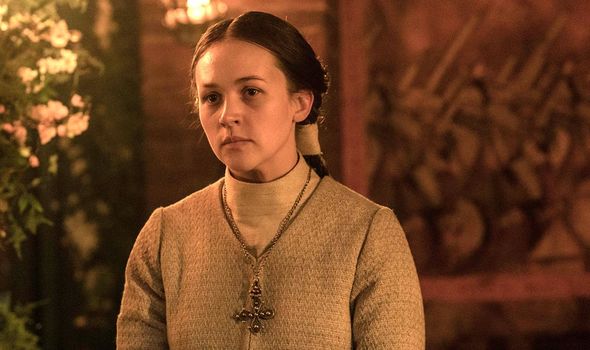 Even if Aelswith survived the attack, by the fifth season she would be reaching old age.

Actress Butterworth is only in her late 20s in real life, but in the series she plays a much older character, who is a grandmother.

The creators of the series revealed both of Edward’s children – Aethelstan (Caspar Griffiths) and Aelfweard (Marcell Zsolt Halmy) have been replaced with much older actors.

With this in mind, both characters should be in their mid to late teens in season five. 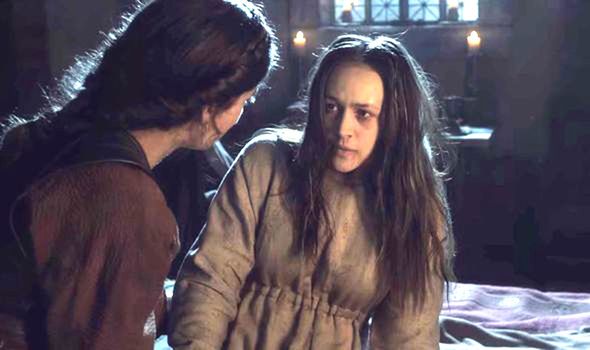 This suggests there will be a time jump of at least 10 years for the final season, meaning Aelswith would have also aged drastically.

The real-life Ealhswith, on which the character is based, died in the year 902 and she was about 52 years old, according to Rexfactor.

If the series continues to draw inspiration from real historical events, Aelswith may well be written out of the series due to her age.

Not much is known about how the real historical figure died, but it was highly unlikely that she was poisoned.

Aelswith’s fate was changed in the TV adaptation for dramatic effect, proving Aethelhelm to be a major antagonist. 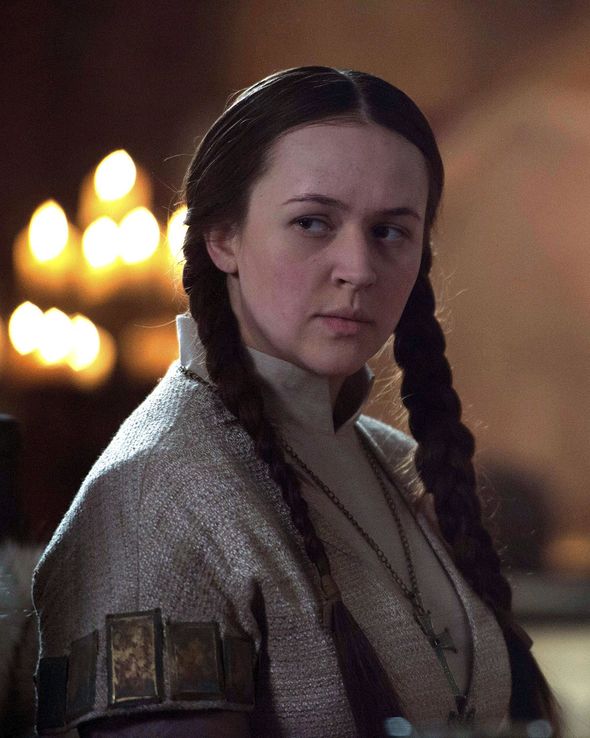 Some behind the scenes photos from the fifth season have been circulating online, but they do not seem to include the Aeslwith actress.

Butterworth is on Instagram and she has been keeping fans up to date with her busy lifestyle.

She did leave a clue suggesting she would feature in the early episodes of season five, at least.

She shared a photo of her co-star Ruby Hartley petting a dog, and in the caption she mentioned they were in Budapest.

The Hungarian capital is where the series is filmed, so she seems to be there on business.

In the May 2021 post, she said: “@rubyhartley_ and I fell in love with a beautiful bear in Budapest!!! Look at this gorgeous fluffy snowflake!! #budabear #sweetsamoyed #puppylove Stiorra and Aelswith need to buy a dog together!!!”

With this in mind, she should be making appearance in the show’s final season, but whether she will survive through to the end is another story.

In an earlier post, she said: “When you find out there is another Season of @thelastkingdom being filmed!!!!! SEASON 5 and feeling ALIVE! We can’t wait for you to see it!!!! #aelswithaintgoingnowhere #longlivethequeen.” [Sic]

The hashtags suggest her character is not going anywhere for the time being, so fans can relax for now.

The Last Kingdom is streaming on Netflix now.