On the surface, there are plenty of connections to draw between “O.J.: Made in America” and “The Last Dance.” Both have, at their center, athletes who came to be globally recognized superstars who each had their own challenges dealing with their separate fames. Both have become mammoth ESPN-aired deep dives, each illustrating different areas of life in the 1990s and the factors inside and out of the sports world that helped shape them.

Both also feature the pivotal work of archival producer Nina Krstic, who was just a few months removed from finishing her central work on “O.J.: Made in America” when “Last Dance” director Jason Hehir asked her to join another gargantuan documentary series effort.

“I think my only reluctance was, ‘Am I really ready to jump into another multi-hour series?’ But I started reading, I started watching, and the more I talked to Jason, the more I just felt his excitement,” Krstic told IndieWire. “And honestly as an archivist to know that before you do any research, that you’re starting with 500 hours of never-before-seen verité footage? That’s like candy to me.”

Those 500 hours came courtesy of a different project — imagined and approved by NBA Entertainment but never completed — that led to a camera crew following the 1997-’98 Chicago Bulls from the season’s opening practices all the way through their quest for the franchise’s 6th title of the decade. After years of work in helping to take an idea and make it the eminently watchable, 10-part series, Hehir said he can’t imagine what “The Last Dance” would have been without Krstic’s help.

“I was very lucky that in the early going, the day this was greenlit, Connor Schell, who’s the head of content at ESPN, called me and said, ‘I’m not going to be a backseat driver. But the one thing that I recommend you do is hire Nina Krstic.’ Nina’s talent for digging up this minutiae, I don’t how she does it but she’s literally the best that I’ve ever seen at it,” Hehir said. “All I know is that if I call her and say, ‘I need a picture of Michael in high school, or I need a sound bite from someone in Oklahoma talking about Dennis Rodman as a college player,’ it doesn’t matter what you say to her. If it exists, she will find it. Without her, this project does not happen the way that it happened.”

So where does an archivist start with a project like this? Krstic brought in a baseline enthusiasm for the project, having followed the team throughout the ’90s — “I was never a huge basketball fan, but I was a huge Bulls fan,” she said. Weaving together individual stories, a global cultural phenomenon and the entire sea change of a major American sports league, there are plenty of avenues into starting to gather up relevant footage. Luckily, Krstic knew where to look first: the beginning.

“It’s become very clear to me that your first step should always be local archives. It’s a skill because it’s not a phone call that’s going to get answered right away. You’re usually dealing with people who don’t have the staff to go through footage or photographs for you. So it’s always problem-solving and trying to find a way for them to help you,” Krstic said. “The oldest stuff is the hardest to find. And it’s also the rarest and possibly the most special because people haven’t seen it.”

To tell the story of the ’98 Bulls, each episode devotes time to focus on a particular figure from the team. Starting with Jordan, subsequent episodes take chances to examine the personal histories and playing careers of Scottie Pippen, Dennis Rodman, and head coach Phil Jackson. Even if the final product hadn’t taken that individual approach, it’s the way that Krstic would have started her contributions to the project.

“To begin with, I concentrate on characters. What I like to do is get a sense of how the character arc is going to develop throughout the show. I like to just grab all interviews available for each major character and make it into a watchable, one-hour interview stringout. You can really see a person grow and change and develop in this character stringout, so you get a sense of how the show’s gonna develop,” Krstic said. 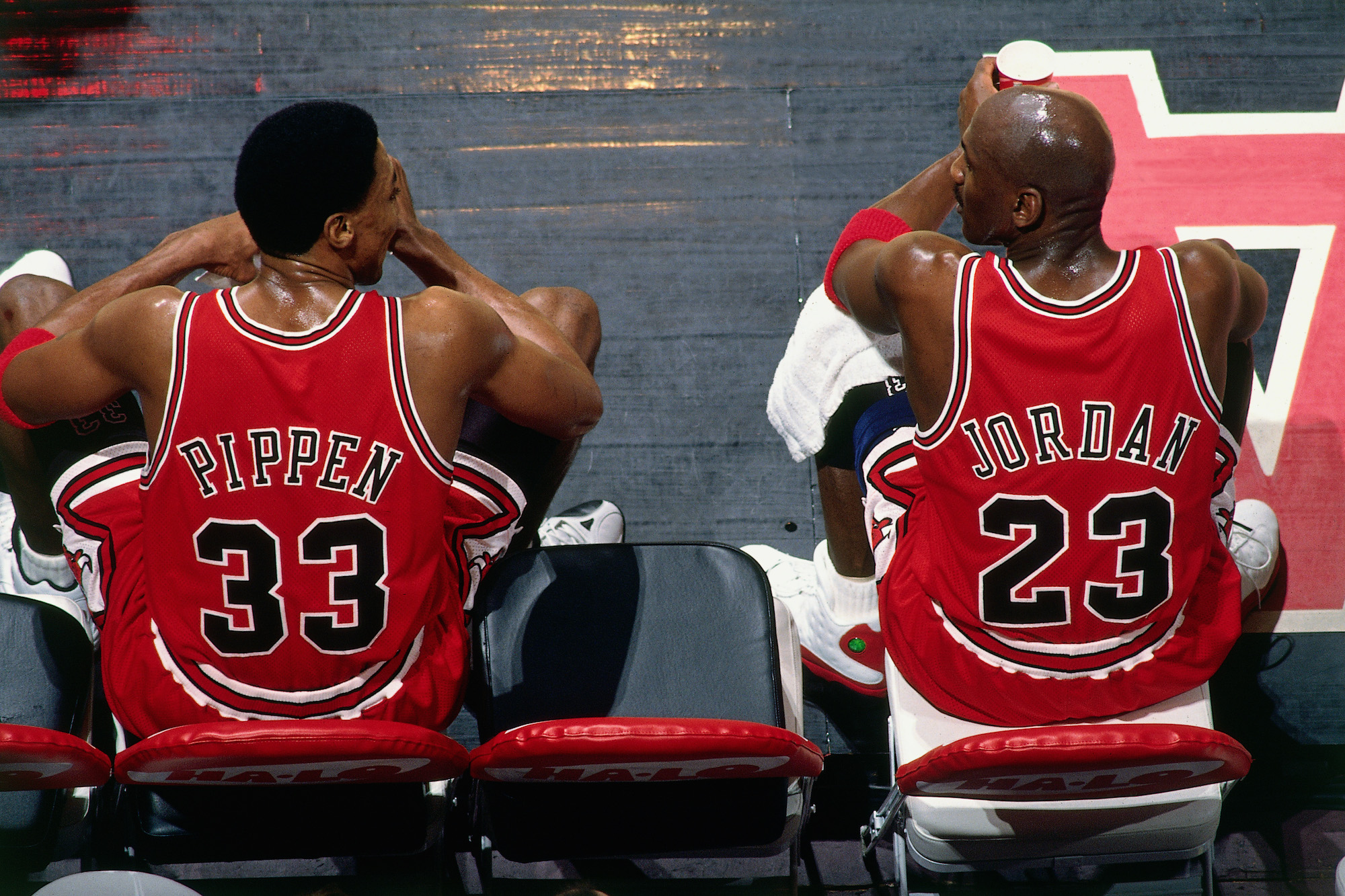 Beginning with that 500-hour archival head start, one of the early tasks of the project became organizing that footage in ways that would be both helpful and easily retrievable. Many of those organizational tags would focus on who was in each video, what day it was filmed, or where it was taken from. But in keeping with the overall approach of “The Last Dance,” whic uses concrete historical details to get at larger emotional truths about the people who made up this team, some of the tags were a tad more abstract.

“We would have big, thematic buckets. Fame, pressure, competitiveness. That’s how I think about each piece of footage, how it fits into these large buckets. So those were definitely as present, as were the very specific years, characters, games,” Krstic said.

That approach, guided by logistics but refined by a certain kind of emotional connection, was evident from the very first time Krstic sat down to see exactly what was in this giant chunk of video that would eventually form the spine of “The Last Dance.”

“I will never forget it. I put on some really nice noise-canceling headphones and I clicked a random scene. And it was Michael just walking down the hallway after he’d finished practice. The sound of ‘Michael! Michael! Michael! Michael! Michael! Michael!’ from all the people in the crowd that had gathered was just so intense. You realize how claustrophobic it must have felt to just have this wall of sound around you all the time. That’s not something you can log. You have to experience that and hear that,” Krstic said.

Of course, a documentary like this isn’t just about audio or video. Still photographs are just as important to capturing the atmosphere, and in many cases they’re more difficult to track down. Identifying and locating certain images didn’t finish things, either. Quality was also another layer to consider.

“I think still images really sing in this documentary. Especially when we’re talking about the ’60s and ’70s, or even earlier, you have to rely on stills to tell the story,” Krstic said. “There’s some people that that will just give you the negative and you can do a pristine scan of whatever quality you want, but especially with the newspapers and local newspapers, they don’t necessarily keep the photo archives live anymore. It’s not like they can go search for a photograph for you, but they will point you to a place if it was published in a book or in a yearbook. So it’s a variety of problems that you encounter.”

Having all of this material at the entire team’s disposal would have been pointless if there was no mechanism for finding any relevant clip of photo at a moment’s notice. Part of that speed and precision Hehir mentioned comes from a system Krstic helped hone before “The Last Dance” and that reached a new level of technical synergy here.

“The amount of footage has taught me that it doesn’t really matter what you find unless it’s impeccably organized. If the editor can’t find whatever piece of footage she’s looking for, it doesn’t really matter if it’s there. It has to be easily searchable, easily findable and easily recallable, so I take a lot of time at the beginning of each project making sure that all the footage is properly logged.” Krstic said. “I usually keep a FileMaker database, which contains all the logs. On ‘The Last Dance,’ we had two amazing associate producers who made sure that everything was also logged in AVID.  In order to make selects from those, they created markers that were then searchable.” 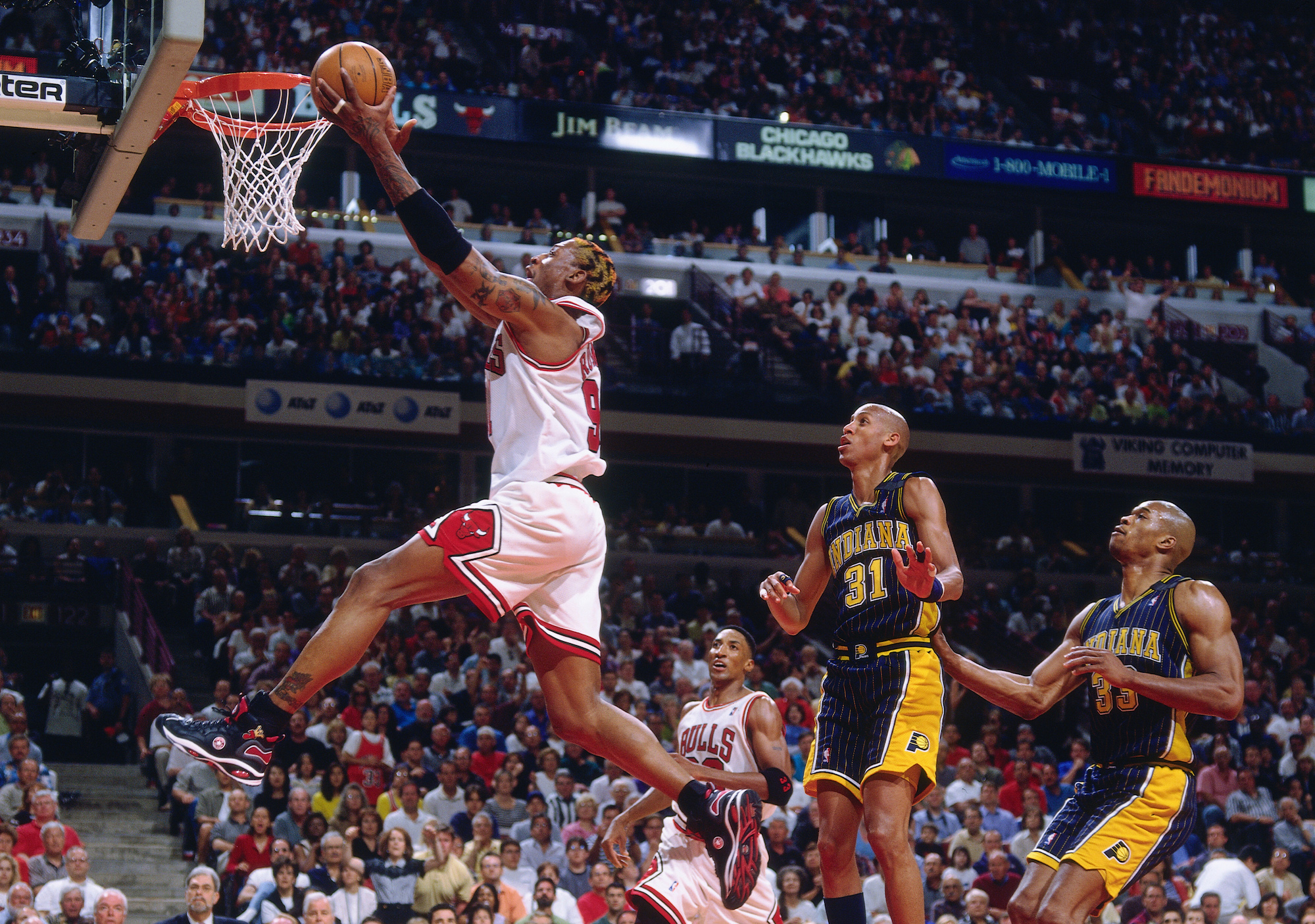 Overseeing the organizational effort to collect archival footage was instrumental to the editing process, where she and other producers were able to advise on any particular inclusions as various cuts got refined.

“On an average day, we would make selects for them. If they wanted a particular theme, a particular topic, particular game, I would watch cuts and give suggestions. Or they would have us watch cuts to see where the problem areas are so I could call up the NBA archive and say, ‘We’re really having trouble with this section. Can you guys help us with some footage?’” Krstic said. “They would also give me a wish list of sorts of what they needed and I would either point them to a place if we already had it, but more than likely I would have to go and search for it. They would tell me, ‘I’m working on Phil Jackson’s backstory next week,’ so I would get in gear to get everything from Phil Jackson’s backstory in the system so they have material to work with.”

The ’90s saw a massive shift in popularity for both the NBA and ESPN as twin cultural forces. In expanding the scope of “The Last Dance” out beyond those two entities, there’s a curious paradox in what video footage survives from that decade elsewhere. Through her work on “O.J.” and “Last Dance,” Krstic has found that just because the cameras were constantly rolling during that evolving era of TV, it doesn’t mean that all of those archives preserved that footage in kind.

“I feel like the ’90s is an especially difficult era,” Krstic said. “It’s the breaking point between things going digital and things not being digital, still being on tapes and the beginning of the 24-hour news cycle, which resulted in a lot of things being lost. Not being bad quality, just that they weren’t archived well. They’re just not searchable, which kind of leaves you watching tape after tape after tape after tape because nobody wrote down any notes about it. The stuff that’s more recent, there’s a lot more of it. But I bet you it’s all digitally searchable.”

Though the internet does offer resources, some sleuthing points come in unexpected places. Despite those hints, Krstic says that the biggest misconception is that everything is sitting, ripe to be plugged into a big project.

“We’ve definitely searched Instagram and Twitter because there’s so many people that are obsessed that are amateur video collectors. Obviously I do use that as a tool. But that’s just the beginning. That’s where you start. That’s not where you end,” Krstic said. “I feel like a lot of people think that everything’s online. So they feel like that’s what I do is I search for things online. A great minority of footage in the world and photos in the world are online. Everything else is in dusty boxes and people’s basements, in attics, waiting to be discovered.”

The final two episodes of “The Last Dance” air Sunday night on ESPN.