The Good Doctor season four has been commissioned by the creators of the hit medical drama. However, one character who won’t be returning is Carly Lever (played by Jasika Nicole). The star recently opened up on Twitter about her exit – here’s what she had to say.

What does Jasika Nicole really think of her The Good Doctor exit?

Carly was first introduced to The Good Doctor as a pathologist back in season one.

However, in season three she was promoted to a series regular ahead of her storyline with Dr Shaun Murphy (Freddie Highmore).

Fans will remember how Carly and Shaun started dating before she had to come to terms with his feelings for Lea Dilallo (Paige Spara).

After the pair broke up, Carly did not feature much in the final few episodes of the series. 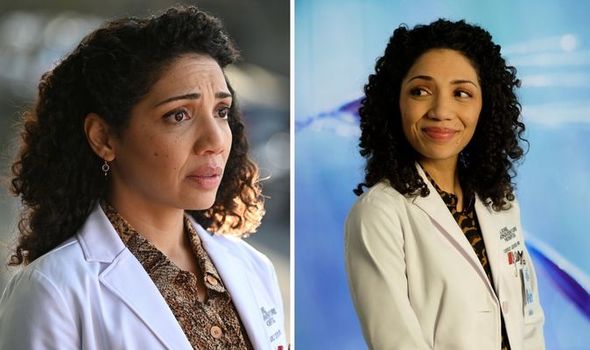 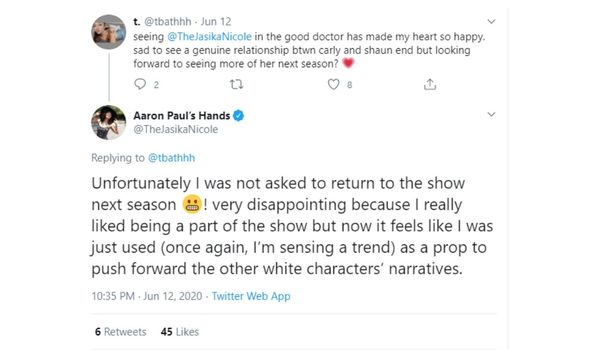 Then following the end of season three of The Good Doctor, showrunner David Shore made the announcement she wouldn’t be returning.

He told TV Line back at the end of March how the character would not be back in a major role in season four of the show.

He said: “I would love to have her back here and there. I love Jasika, and would love to see her on the show, but it will not be in the same capacity.”

Now actor Jasika Nicole has responded to her exit from the show following the decision. 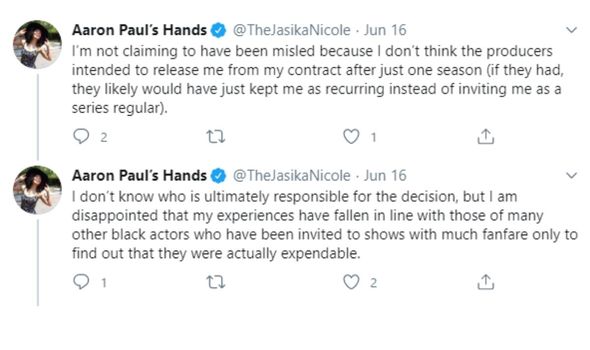 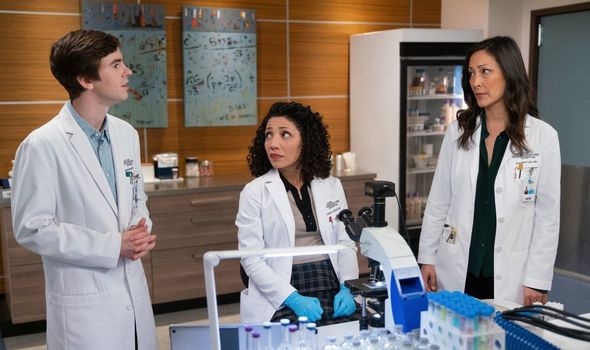 Opening up to her 19.7 thousand followers on Twitter, she revealed how she felt about leaving the show.

She responded to a fan name @tbathhh who wrote: “Seeing @TheJasikaNicole in The Good Doctor has made my heart so happy.

“Sad to see a genuine relationship btwn [sic] Carly and Shaun end but looking forward to seeing more of her next season?”

Posting on June 12 she wrote in response: “Unfortunately I was not asked to return to the show next season!

“Very disappointing because I really liked being a part of the show but now it feels like I was just used (once again, I’m sensing a trend) as a prop to push forward the other white characters’ narratives.”

She continued in some later tweets to clarify her comments adding: “I’m not claiming to have been misled because I don’t think the producers intended to release me from my contract after just one season.

“(If they had, they likely would have just kept me as recurring instead of inviting me as a series regular).

“I don’t know who is ultimately responsible for the decision, but I am disappointed that my experiences have fallen in line with those of many other black actors who have been invited to shows with much fanfare only to find out that they were actually expendable.”

Express.co.uk has reached out to Nicole for more details on her tweets.

As well as this, express.co.uk has also contacted ABC for comment on Nicole’s quotes.

Season four has been commissioned by ABC and it is expected to be released in its usual time slot in September 2020.

However, the show could face some delays in filming due to the outbreak of coronavirus COVID-19 putting a halt on production.

The Good Doctor is expected to return later in 2020.