Fans of Community never thought they’d get to see the cast return to do another episode. But, as part of COVID-19 relief efforts, the cast is reuniting for a virtual table read benefiting various charities. Here’s everything we know about the episode they’re revisiting. 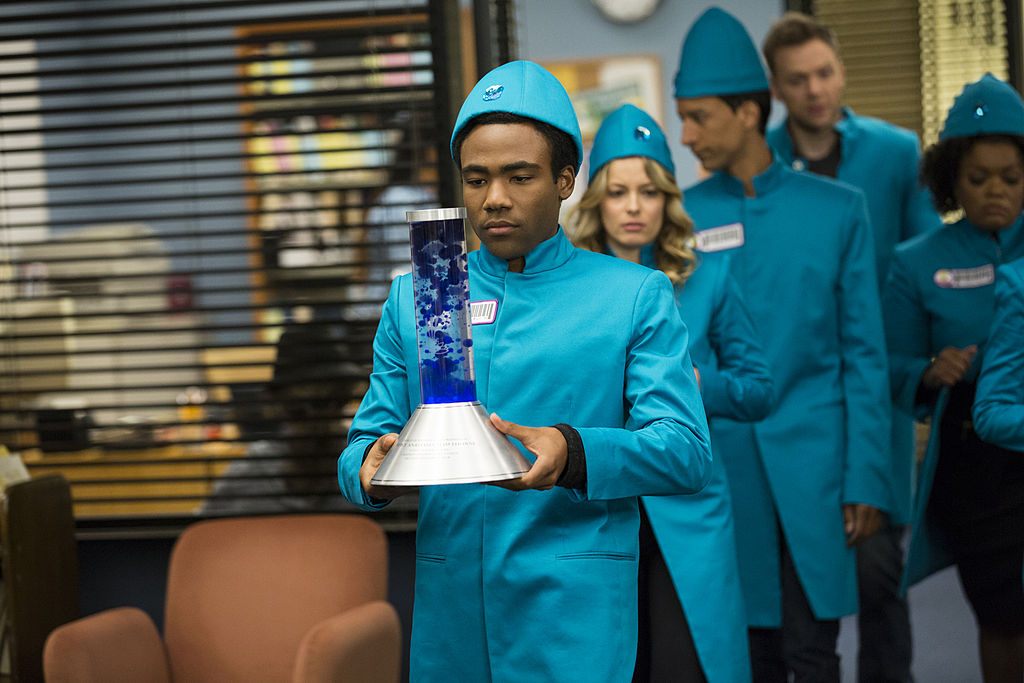 ‘Community’ returns with a virtual special

On May 18, the cast of Community and the show’s creator, Dan Harmon, will reunite for a script reading and Q & A session. The special will air on Sony Pictures Television’s Community Youtube page at 2 p.m. PT. Stars Joel McHale, Ken Jeong, Alison Brie, Yvette Nicole Brown, Danny Pudi, Donald Glover, Gillian Jacobs, and Jim Rash will return, along with guest star Pedro Pascal.

The reunion will benefit José Andrés’ World Central Kitchen and Frontline Foods. These charities provide free meals to first responders and healthcare providers working on frontlines of the COVID-19 pandemic. The special will encourage viewers to donate and Sony Pictures Television will contribute to the organizations on behalf of Community.

Which ‘Community’ episode is the cast revisiting?

For the special, the cast of Community will do a virtual table read of Season 5, Episode 4, “Cooperative Polygraphy.” In an Instagram post, Harmon revealed details about the reunion and who would be in it.

“Today we Zoom a special reunion table read of the Community episode in which Pierce bestows frozen sperm from his grave,” Harmon wrote in the post.  “The incredible Walton Goggins can’t make it so Pedro Pascal will play Pierce’s lawyer. He’s on some Disney show where Boba Fett’s in college with Yoda’s niece. In keeping with that theme, the part of Troy will be played by Lando. Yes, for real, the whole gang is back together.”

What is the episode about?

The episode, “Cooperative Polygraphy,” follows the study group upon their return from Pierce’s funeral. In death, Pierce gifts the group his energon pod, and requests a Laser Lotus ceremony be held to memorialize him. When they return to Greendale after the service, they are met by Pierce’s lawyer, Mr. Stone (Walton Goggins).

Mr. Stone informs the group that Pierce requested the group take a polygraph test after his death to determine if any of them killed him. He goes around the room, one by one, asking the group questions that they can’t lie about. 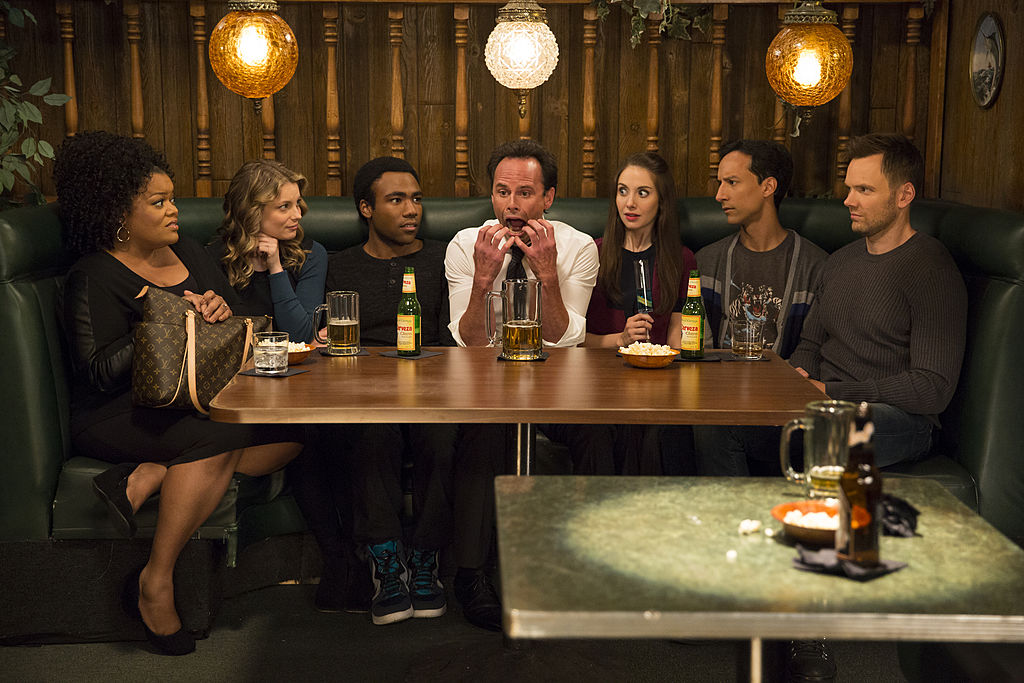 During the polygraph test, Troy (Donald Glover) and Abed (Danny Pudi) confess that they’ve been using Jeff’s (Joel McHale) Netflix account. Abed reveals he’s been tracking everyone with hidden GPS units. And Annie (Alison Brie) admits she’s been dosing everyone with pills to keep them focused on studying.

The questions cause tension in the group, but because Pierce has promised to give them part of his legacy, they continue with the test. In the end, they all get various gifts from Pierce, including a timeshare for Shirley (Yvette Nicole Brown), a tiara for Annie, and a bottle of scotch for Jeff. He also gifts everyone a sample of his sperm.

But the episode also sets up Donald Glover’s departure from the show. Troy is given Pierce’s $14 million worth of shares of Hawthorne Wipes, but with the condition that he sails around the world. Troy takes the offer, and in the next episode, he heads out on his expedition.