The new ABC reality TV show, The Bachelor Presents: Listen to Your Heart, is two episodes into the season. Fans want to know what the end game is here. Do the winners get a record deal? Will there be proposals? Let’s take a look at what Chris Harrison and Reality Steve said the winners will earn. 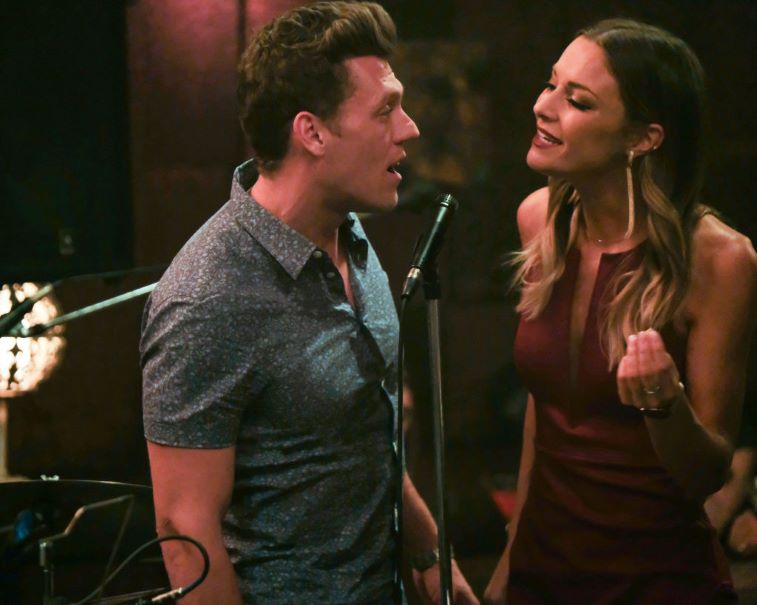 How does ‘The Bachelor Presents: Listen to Your Heart’ work?

Chris Harrison told Lauren Zima of Entertainment Tonight that there would be rose ceremonies at first. However, as the show goes on, the judges will choose who stays and who goes.

“Of course there are rose ceremonies,” Harrison said to Zima. “At first it is Bachelor in Paradise. Women voting off men. Men voting off women. The strongest couples survive. Then we get into the performances, and then the judges will decide who makes it out.”

Each week new singles join the current ones at the ranch, similar to Bachelor in Paradise. Week one saw four men sent home. In week 2, we can expect to see three new women come in, and then three women sent home.

The judges on Listen to Your Heart include a wide range of celebrities — Jason Mraz, Ke$ha, Pat Monahan — as well as a few Bachelor franchise couples. The stars will be judging more on the couples’ musical talents while the Bachelor Nation pairs will rule on the chemistry and love connection between the individuals.

Do the winners get a record deal on ‘The Bachelor Presents: Listen to Your Heart’?

The couple that wins the final performance gets the chance to record original music and produce at least one music video, according to Reality Steve.

They also get the chance to leave on tour following the finale episode. However, the touring might be postponed due to the coronavirus (COVID-19) pandemic.

The final two couples get the chance to battle in front of a live audience in Nashville, Tennessee. Luckily, the filming happened already, so the coronavirus will not affect the finale. They recorded it at the Country Music Hall of Fame at the CMA Theater.

“Of course, there is always the hope and the promise of love,” Harrison told Zima regarding proposals. “If love is strong enough, it would be a proposal. Some, maybe more —maybe multiple — couples will ride off into the sunset.”

Many fans also want to know if Jed Wyatt is on ‘The Bachelor Presents: Listen to Your Heart’?

Although Jed Wyatt is not on the new show, it certainly looks like he provided some inspiration for it. In season 15 of The Bachelorette, Jed won Hannah Brown’s heart by singing her sweet nothings.

However, after the finale, Hannah found out that he had a girlfriend back home. He only went on the show to promote his music career. Chris Harrison explained that an offer was extended to Jed to redeem himself by coming on the show. However, Jed declined because he already has a girlfriend.

Harrison told Zima that the inspiration for Listen to Your Heart is partly from A Star is Born and the Bradley Cooper and Lady Gaga moment at the Oscars.

The Bachelor Presents: Listen to Your Heart airs Monday nights at 8 p.m. EST on ABC.

Read more: ‘The Bachelor Presents: Listen to Your Heart’: Chris Harrison Believes There is No Way to ‘Fake It’ On This Show