With the finale episode of The Bachelor Presents: Listen to Your Heart tonight, fans are positive that Jamie Weintraub is still on the show for only one reason. Viewers believe the producers are planning to bring Jamie back for Bachelor in Paradise or The Bachelorette. 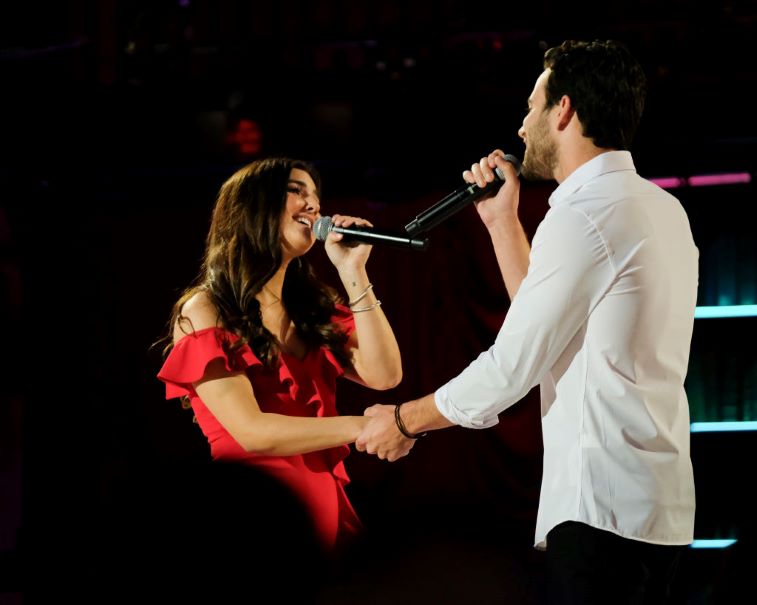 Jamie and Trevor break up after ‘The Bachelor Presents: Listen to Your Heart’

Although Jamie and Trevor Holmes make it to the final performance, the relationship does not last.

On the show, Trevor and Jamie both admitted they were falling in love with each other. However, the spoiler king received information from various sources that Trevor is a player. The 29-year-old country-pop singer also went on American Idol and openly flirted with Katy Perry. He had a girlfriend at the time whom he brought to all of his auditions.

Music City, baby!! ?? I was so excited I got to go to my favorite city in the world, to my HOME for the finale of #ListenToYourHeart!!! The episode airs tomorrow night on @ABCNetwork at 8pm ET / 7pm CT and I can’t wait ? make sure to tune in!!! Leave a comment and guess what I said to make @trevorholmes86 laugh. ? @listentoyourheartabc #BachelorNation

RELATED: ‘The Bachelor Presents: Listen to Your Heart’: All the Spoilers So Far, Including Who Wins the Season

Jamie seems head-over-heels in love with Trevor. However, Steve commented that the 21-year-old country singer “has no idea what she’s in for once this is all said and done.”

“Personally, I think The Bachelor producers like Jamie and want to use her for future shows,” one Reddit user wrote. “I like 99% think she’ll be on BIP when it happens or the next season of The Bachelor. When Trevor breaks her heart (which no one needs spoilers to know this will happen) they can paint her as heartbroken and deserving of love. I’d bank almost anything on this.”

Many fans commented that Jamie is not the best singer on the show, and they aren’t sure how she makes it so far in the competition.

“It does seem like the ‘Jamie Show’ a little,” added another fan. “She also got two dates. I agree. Maybe they like her? I like her, too. I wouldn’t mind watching her on BIP.”

This feeling is incredible ?? #GoToYourHead is out in TEN DAYS, you all have been so kind I can’t even take it!!!

RELATED: ‘The Bachelor Presents: Listen to Your Heart’: What Do the Winners of the Season Get?

Fans point out that the judges do not say anything negative about her, although she isn’t a great singer.

“She’s super young and immature,” another viewer added. “I don’t believe she’s a real musician. Now, she’s 21, doesn’t really know what she wants out of life, so she wants to be a singer and get famous. The problem is, I don’t even think she’s that talented or find her voice very pleasant at all.”

“I like her, too,” another fan added. “In a cringing way? Sometimes. But she’s entertaining.”

Although fans do not believe Jamie is a great singer, they do find her easy to watch on television. She is very emotional and wears her heart on her sleeve.

This is THE MOST dramatic episode EVER. The Bachelor Presents: @listentoyourheartabc is on TONIGHT at 8|7c only on ABC.

RELATED: Jordan Rodgers is Happy He Didn’t Meet JoJo Fletcher on ‘The Bachelor Presents: Listen to Your Heart’

While Bachelor In Paradise Season 7 is postponed, fans think that the producers have Jamie already on the list when it returns.