At this point in The Bachelor: Listen to Your Heart, it’s pretty clear that Julia Rae is getting painted as the villain. 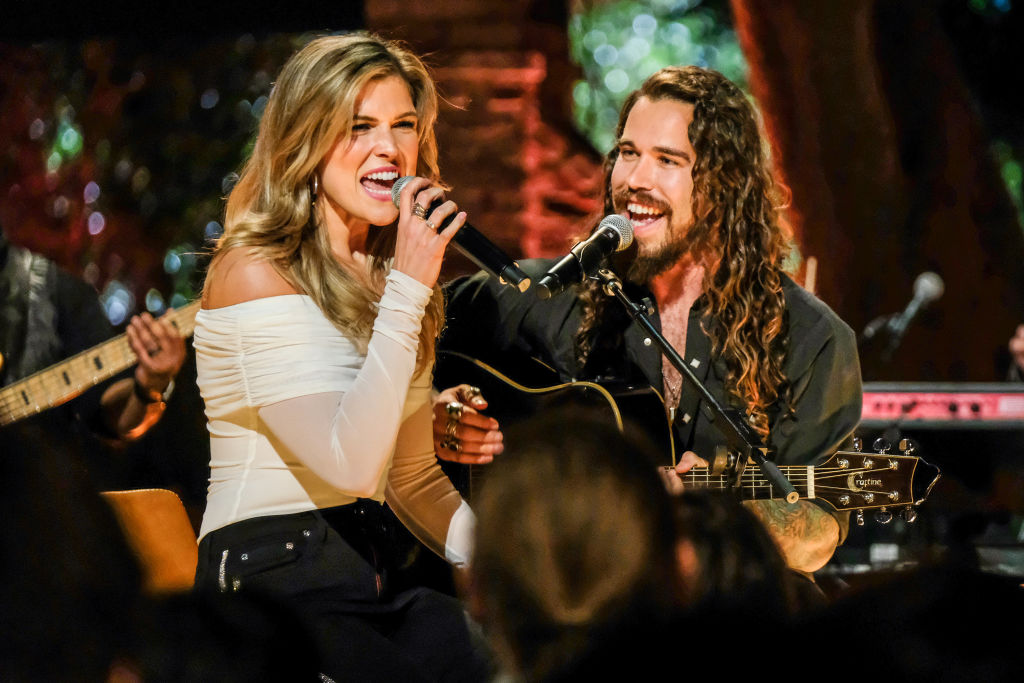 From the beginning of the season, Julia has been interested in both Sheridan Reed and Brandon Mills. On Monday night’s episode, Brandon decided to go all-in with Savannah McKinley. Julia was upset by his decision and even confronted Savannah about her connection with Brandon, which she deemed inauthentic.

Julia reflects on her love triangle with Sheridan and Brandon

As Bachelor villains always are, Julia has been met with a barrage of negative online comments. She took to Instagram to explain her thought process during filming. She admits that she couldn’t see how good things were with Sheridan because she was “getting played” by Brandon.

“Emotions are more complex than a 2 hour episode could ever convey. Two things can be true: I made mistakes, and you are only seeing a snippet of the big picture. The most beautiful part of this entire experience was my connection with Sheridan and how the music aspect kept on strengthening it every time we got to play together. That was real. I was always honest with Sheridan because I do have so much respect for him. Was I unable to see how good it was with him because I was getting played by another guy? Guilty. I was very hurt and I couldn’t see anything clearly,” she said.

If you haven’t watched episode 1 of #ListentoYourHeart yet, make sure you DUET before episode 2 airs Monday 8/7c on @abcnetwork (yes, I went there) • ALSO!! My new single “Wishing Well” is now available on all streaming services! I’m so excited to share this one with all of you! Give it a listen and let me know what ya think ?

Looking back, Julia says she realizes she should have confronted Brandon, not Savannah.

“Should I have confronted Brandon instead of Savannah? Absolutely. That’s why I apologized to her as soon as filming was over. In the moment, I felt like I was listening to my heart – being honest and “telling it like it was” – watching it play back, I know it was hurtful and I am very sorry. I feel a lot of regret,” she said.

In light of her mistakes, Julia is taking this time to learn from her time on The Bachelor: Listen to Your Heart.

“I am using this time to reflect. I’m taking notes and as the show airs, I hope to share more about what I am learning through this in the coming weeks,” she said.

Julia Rae is getting cyberbullied by ‘The Bachelor: Listen to Your Heart’ fans

The musician also took a moment to discuss the intense amount of cyberbullying she’s been on the receiving end of as of late.

I wear my heart on my sleeve. I’m an open book — even when the chapters are really messy and hard to understand. Navigating alllll the feelings is one of the hardest parts of being human. I’m human.

“Those of you that know me outside of LTYH know me better and in real life I am glad to say what you’re seeing in the show is not how I treat people. Do I deserve death threats and harassment and the assassination of my character because I had poor judgement in an incredibly high pressure situation? No. And I won’t pretend there isn’t hypocrisy in the cyber bullying I’m getting – which is far more vicious than my conversation with Savannah,” she wrote. “At the end of the day, it is a reality TV show. With so much darkness in the world right now, I hope making fun of my poor judgement can be an escape — it’s there for your entertainment, not for your insanely harsh judgements.”