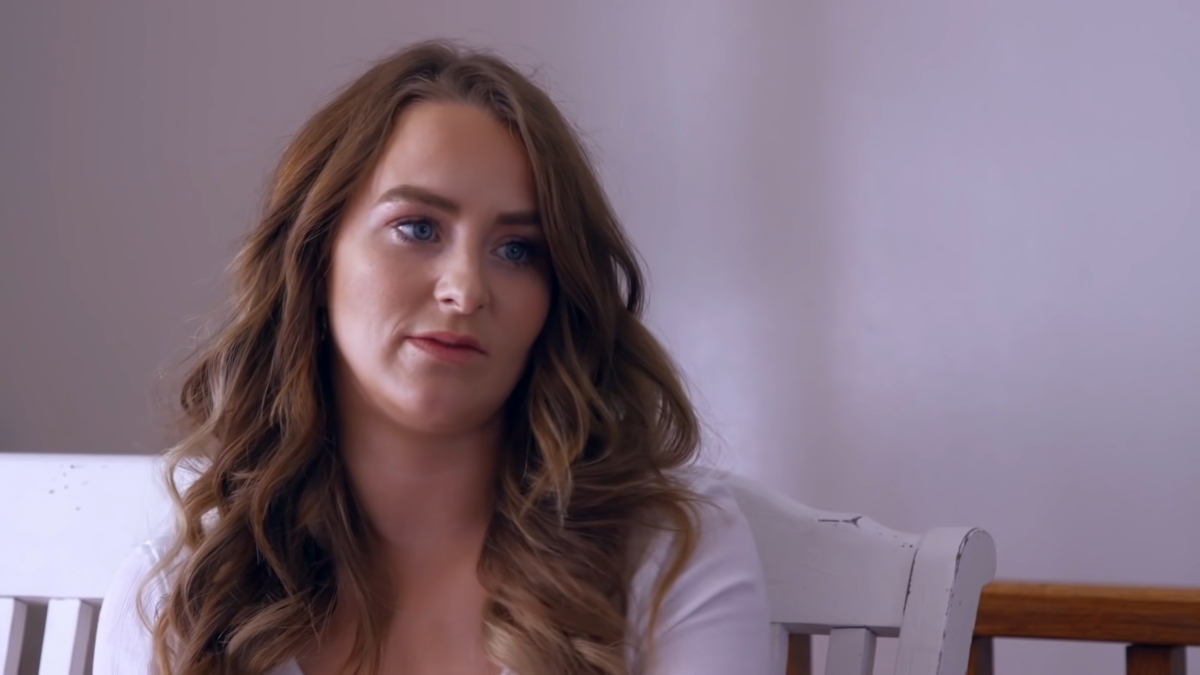 It all went down on the Knockin’ Doorz Down podcast presented by KDD Media, where Leah was very candid about her past drug use and just how bad that it got.

Leah’s life as a teen mom has been documented since she was 17 years old while filming 16 and Pregnant.  After giving birth to twin girls, Alannah and Aleeah, currently 10 years old, fans watched as Leah struggled to raise children while only being a child herself.

While the trials and tribulations of teen parenting were undoubtedly difficult, it wasn’t until Leah gave birth to her third daughter, Adalynn, now 7, that her true battle began.

Despite a family history of addiction and witnessing her own father’s prescription pill dependency, Leah thought she would be able to avoid it.  She recalled watching her father’s struggle and feeling like it wouldn’t happen to her, but as she described, “one thing just led to another.”

In 2013, due to a botched epidural, Leah was put on morphine and sent home from the hospital with prescription medication.  “They injected me 13-15 times…I had spinal fluid leaking…I wanted to leave the hospital, I didn’t feel safe…I became afraid of doctors.”

Following the hellish ordeal, Leah described how her prescription drug abuse progressed from leaving the hospital with little to no guidance on the use and risks associated with prescription drugs, obtaining pills illegally off the streets, and then eventually becoming suicidal.

She realized that something just “wasn’t right.”

“I remember thinking, I’m losing myself and losing all of me,” Leah recalled. “I actually tried heroin once…it was cheaper and easier than prescription drugs…I was with my dad when I did it.”

Further describing her experiment with heroin, Leah said, “From my personal experience, I didn’t really feel anything from it, I felt like it was a divine intervention.”

Leah discussed the turning point when producers of Teen Mom 2 convinced her to go to rehab as it was the best thing she could do for her daughters.

She was in the middle of a custody battle and was concerned about public scrutiny. She was feeling like she “had nothing to live for.”

Acknowledging the pressure she felt being on camera and having people judge her every move, Leah said, “I felt ashamed…there’s such a stigma around addiction…I had an image to uphold…but it can happen to anyone, even the best people.”

Leah attended a rehab facility in Arizona where she was able to reflect on her experiences, write about her feelings, and receive intensive therapy.

She recalled, “Initially, I was angry…the scariest part was knowing what’s to come with detoxing…the clammy skin, the sweats.”

She described the facility as being similar to a dorm with people on multiple different tracks to recovery.

Leah remembers fondly the camaraderie and support she felt while in rehab.  She said, “Everyone was going through it together.  There’s people I know and went to school with who are struggling alone…at the facility, everyone wanted to get better.”

When asked what she thought might have contributed to her becoming a mom at such a young age and eventually going down a path of addiction, Leah attributed much of her struggle to childhood trauma.

She discussed the lack of direction she received from her mother, who was a single parent at a young age.  Leah added, “My mom had little to no direction herself.  We never talked about birth control or discussed puberty.”

Her mother worked multiple jobs to make ends meet, which meant Leah was cared for by several different babysitters.  Leah said, “I was sexually abused…there was physical, sexual and mental abuse.”

On May 5, Leah published a memoir titled Hope, Grace & Faith in which she documents her past traumas and her journey to recovery.

Despite the ups and downs Leah has experienced on her road to recovery, her daughters continue to be her number one priority and inspiration.  She said, “They are my life, they are my everything.”