STACEY Solomon shrieked in horror as Joe Swash performed his Dancing On Ice moves on her at home.

The celeb skating champion chased a giggling Stacey around the living room as she told her Instagram followers: "I'm currently running away from hoe because he wants to do some of his ice skating moves on me… and it's not gonna happen." 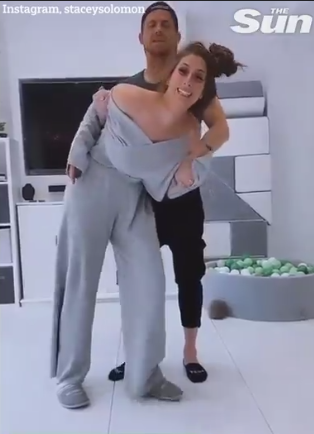 He finally got hold of her, wrapping his arms around her from behind.

But Joe lifted her up and rolled her over his shoulders all the while Stacey protested. 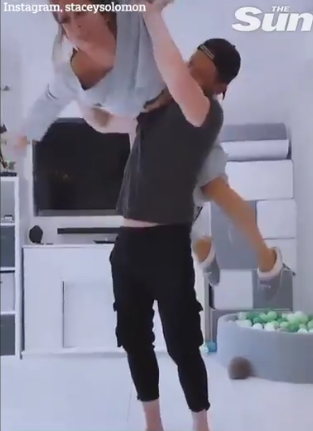 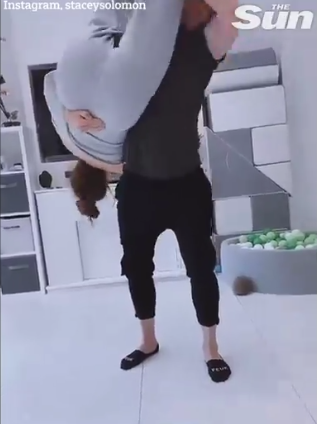 He held her above his head before struggling to finish the dismount.

Hanging upside down Stacey said: "How did you win this show?"

It was payback for Joe, who was left gasping for air earlier in the day after Stacey served him super spicy eggs by accident.

The mum-of-three garnished his eggs with cress she had grown in the garden – but hadn't realised she'd planted "mustard cress seeds". 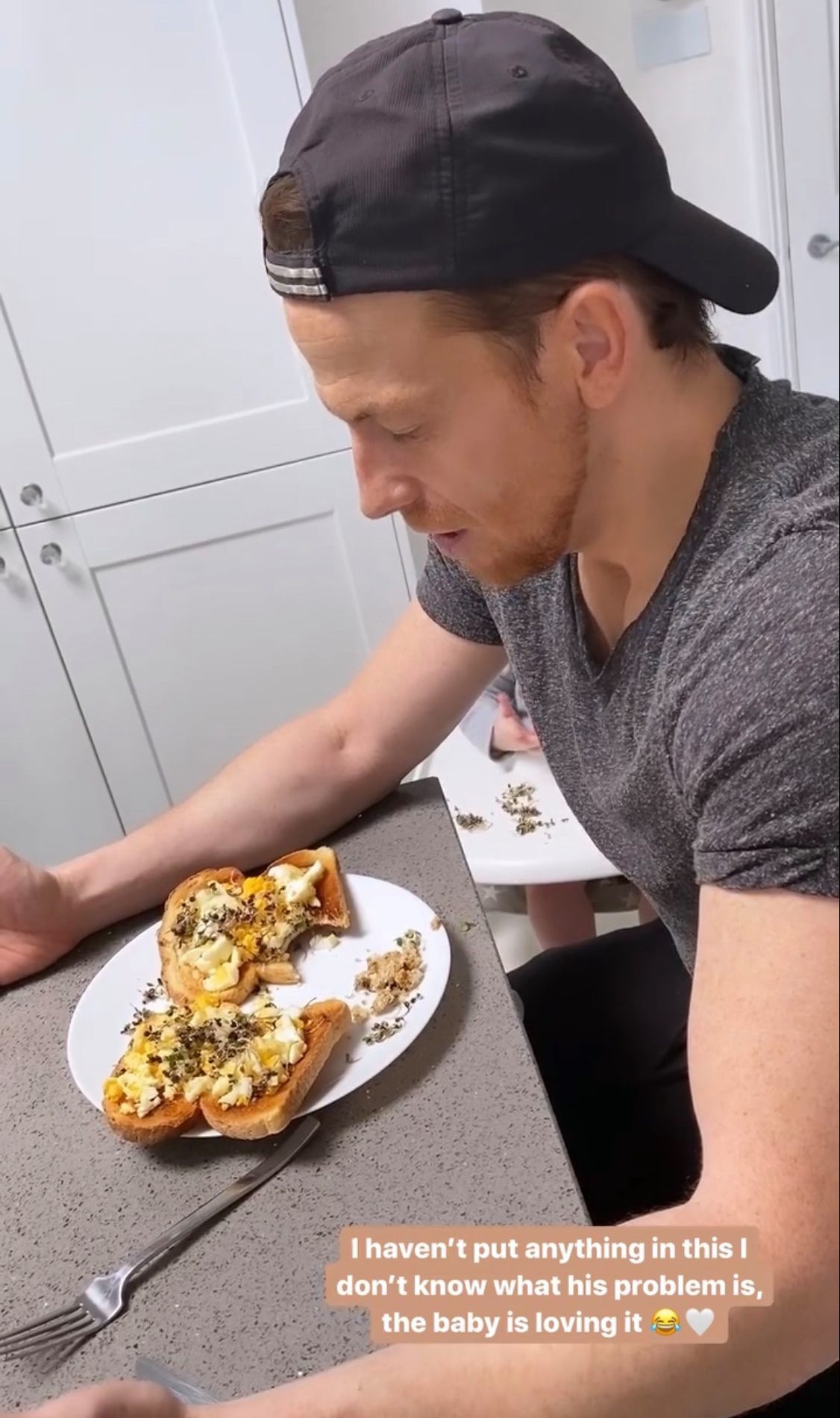 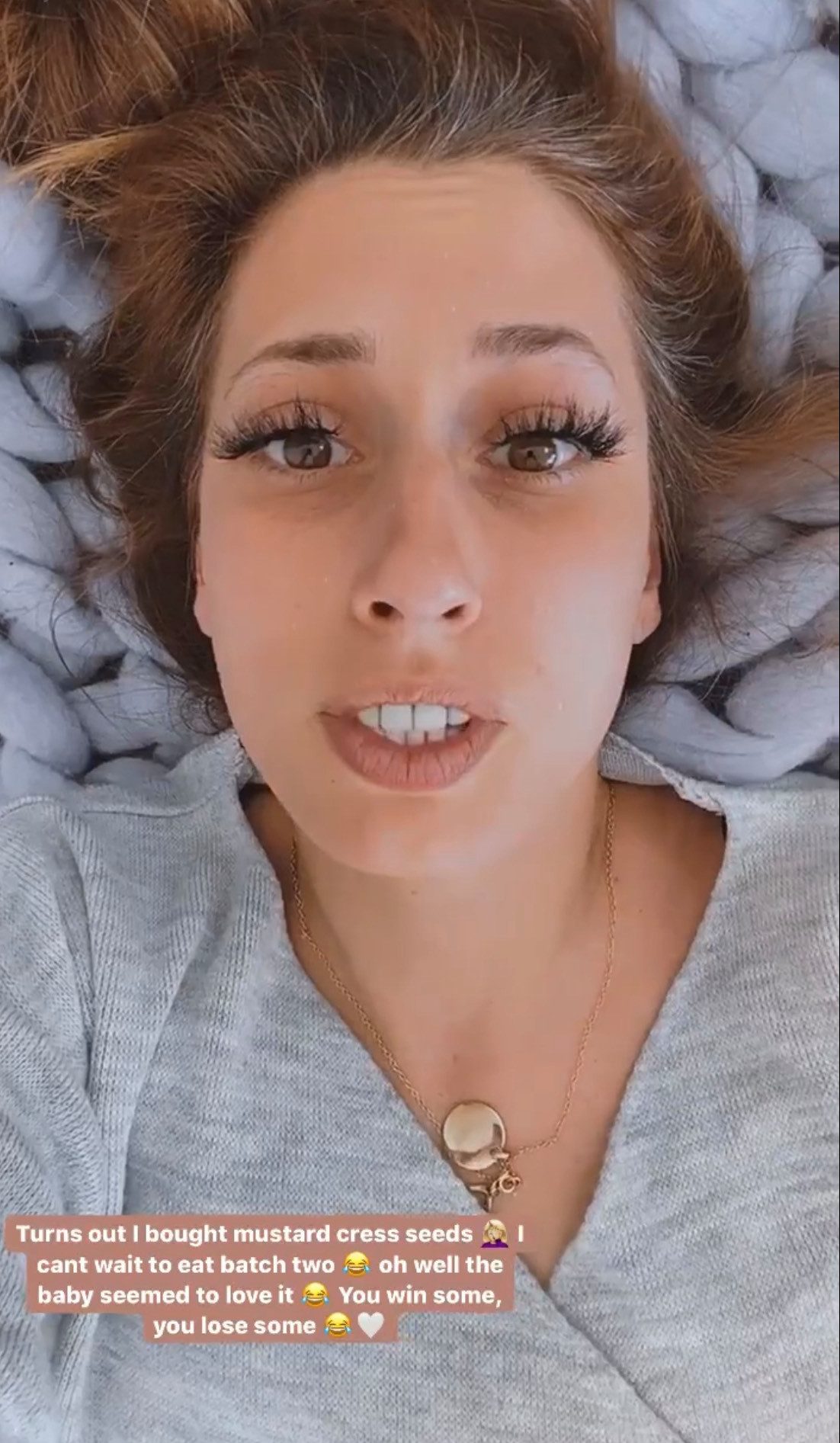 They produce the hot-tasting brown herb that Joe wolfed down – before panting and telling her: "You've put something in that. It feels funny when I breathe in."

The telly favourite, 30, giggled later as she told fans: "Turns out I bought mustard cress. Was a bit spicy. I can't wait for the next batch to come through!"

Stacey has been keeping herself busy at home during lockdown by creating her own DIY creations including her amazing herb garden and bird bath in the back yard.

Earlier Stacey had shown fans the fruit of her labour, having created the handy herb garden "made from junk." 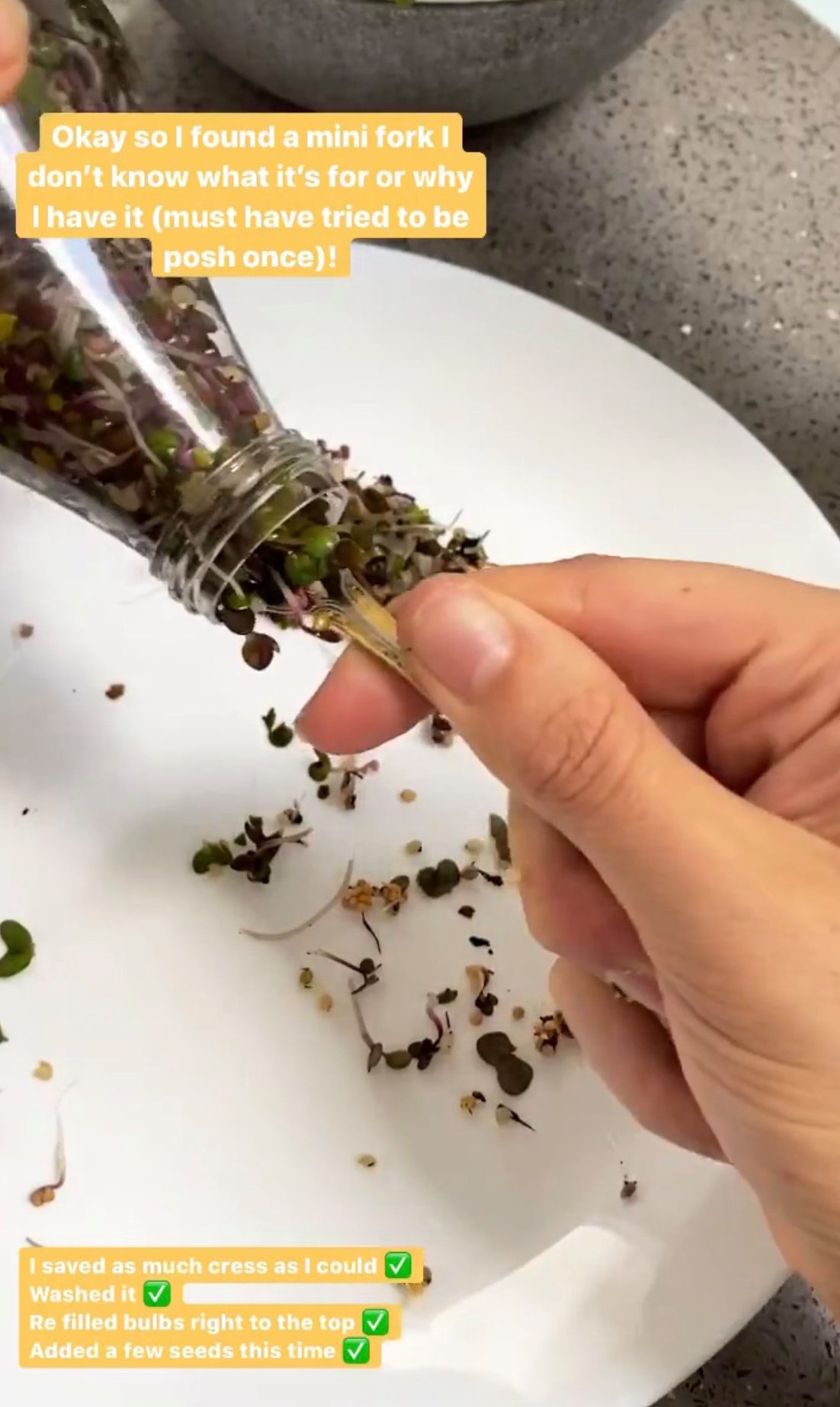 She showed off the amazing herb garden she made out of empty jars and old candle holders last week.

The celeb mum shared videos of her potting some newly purchased plants while Joe took her three boys for a walk.

Stacey revealed that she had used old “junk” from around the house instead of buying plant pots.

She wrote: “Every pot I used to pot them is just old junk like empty candle jars, gherkin jars, jam jars, and empty plant pots (where the plants have died.)” 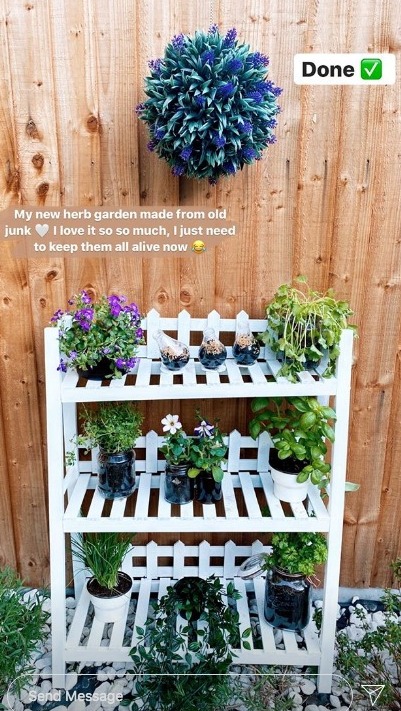 Describing herself as a “slap dash messy potter” Stacey demonstrated filling each of the receptacles with her new plants.

She then shared a before and after snap of the wooden unit she repainted white to keep her garden on.

Captioning the finished product she wrote: “My new herb garden made from old junk, I love it so much, just need to keep it alive now.”