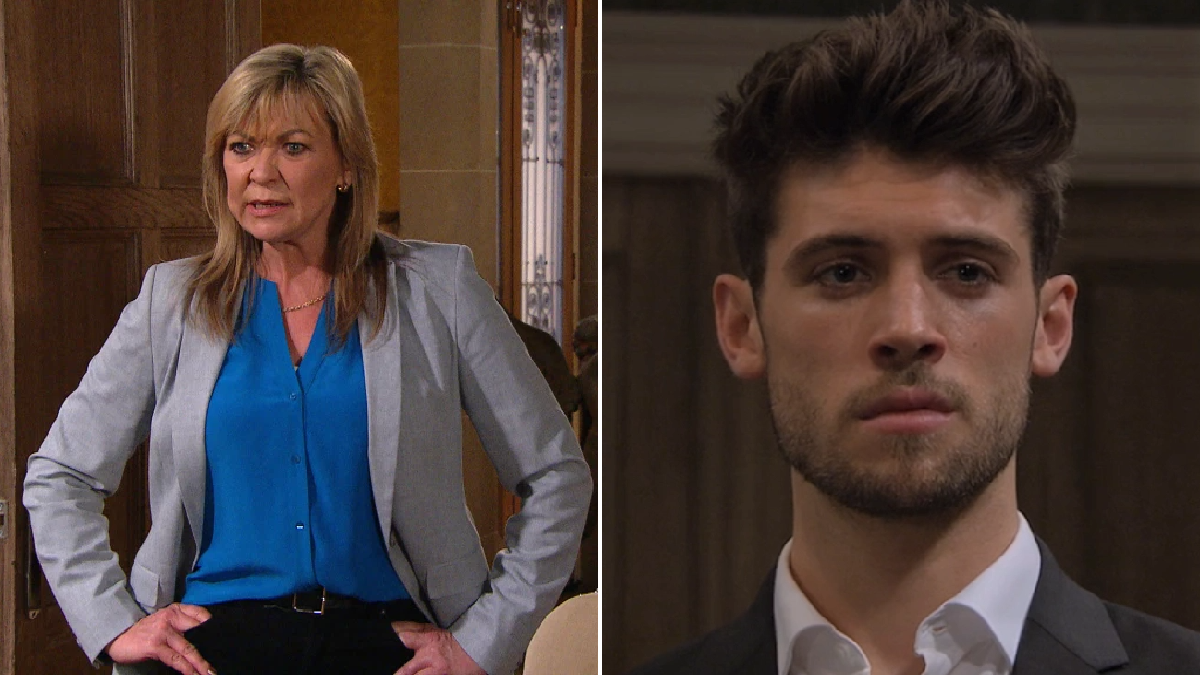 The mystery of who’s been poisoning Kim Tate (Claire King) in Emmerdale is one yet to be solved.

Viewers have known for a while that someone has been slipping poison into Kim’s brandy decanter. Recently, Kim realised someone was out to destroy her after Lydia (Karen Blick) drank the poisoned alcohol and started experiencing similar symptoms.

So far, Kim’s attempts at exposing the evil character haven’t been successful. She has a CCTV camera that hasn’t picked up anything suspicious which has caused Kim’s paranoid behaviour to increase.

There’s certainly been plenty of scenes that have made it look like a variety of different village residents are responsible, but have some top Emmerdale fans actually worked out Joe Tate (Ned Porteous) is behind trying to kill Kim?

Joe Tate was last seen in 2018. He managed to get on the wrong side of many characters but most importantly, he clashed with Kim.

After Joe began using money from the Tate business, Kim organised to have Joe killed and if it wasn’t for Graham (Andrew Scarborough) pretending Cain (Jeff Hordley) had killed him and allowing him to flee the village, he would be dead.

Joe’s brother Noah (Jack Downham) is currently working as a (er, not very good) handyman at Home Farm, which has fuelled speculation that he’s feeding information back to Joe.

‘Maybe Joe, Gabby and Noah are all in it together’ one Twitter user suggested.

Here’s a theory. What if Joe Tate is secretly back in the village and is the culprit poisoning Kim for forcing him out of the village. #Emmerdale

Maybe Joe, Gabby & Noah are all in it together ð±

‘Just putting it out there that if it’s not Gabby poisoning Kim, I reckon it’s Joe Tate’ another added.

It seems too obvious to be Gabby. Maybe the twist is she’s working with Joe Tate to get rid of Kim? #Emmerdale

Just putting it out there that if itâs not Gabby poisoning Kim, I reckon itâs Joe Tate.. #emmerdale

As fans continue to put clues together, Joe Tate being the poisoner is certainly a strong theory.

Could he be about to make a shock return?