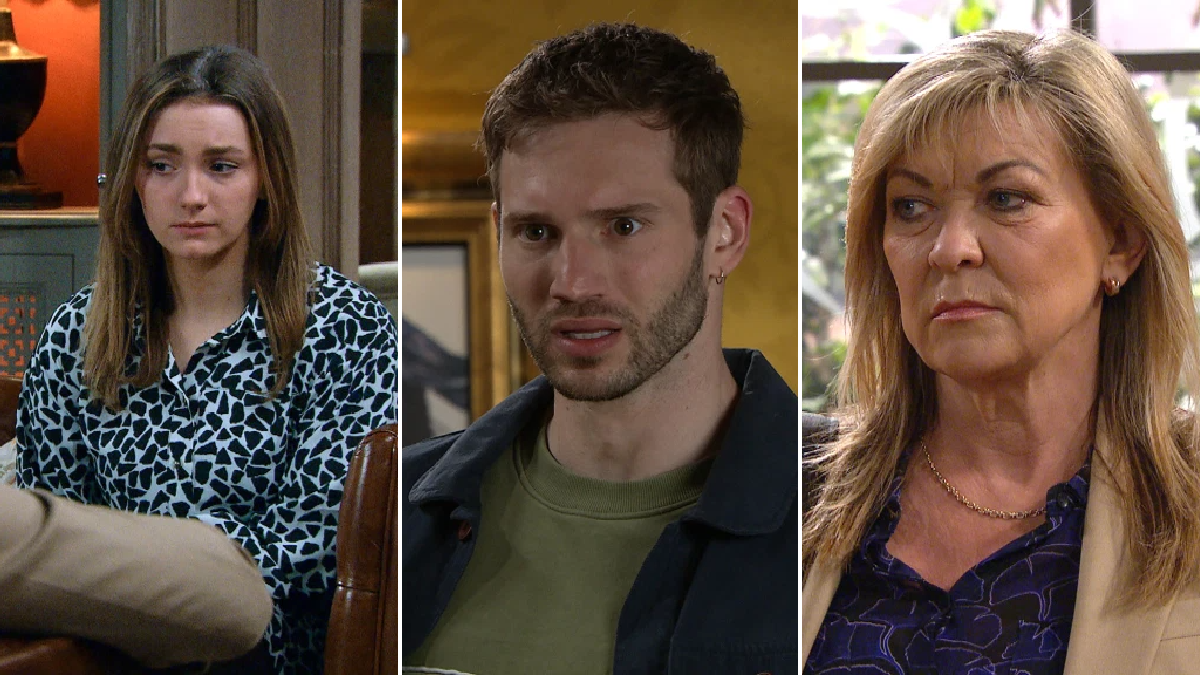 It’s been a storyline that’s had us suspecting near enough every Emmerdale villager as the culprit but finally, it was revealed none other than Jamie Tate (Alexander Lincoln) was behind poisoning his mum Kim (Claire King).

Kim’s attempts at discovering who was behind trying to destroy her initially weren’t very successful.

She planned a Succession style dinner to expose the poisoner but to no avail, her CCTV camera didn’t pick up a lot of proof but enlisting the help of Will (Dean Andrews), Kim managed to fake her death and finally learnt her son was behind the wicked act.

As the aftermath of the huge week begins, Gabby (Rosie Bentham) is stunned to learn Kim has kicked Jamie out.

Andrea (Anna Nightingale) tells Jamie he won’t be seeing Millie again until he sorts himself out.

Soon, Gabby is appalled when she finds out the real reason behind Kim kicking her son out of Home Farm.

But how will Gabby react?

What will this mean for Gabby and Jamie’s future as the baby due date nears ever closer?