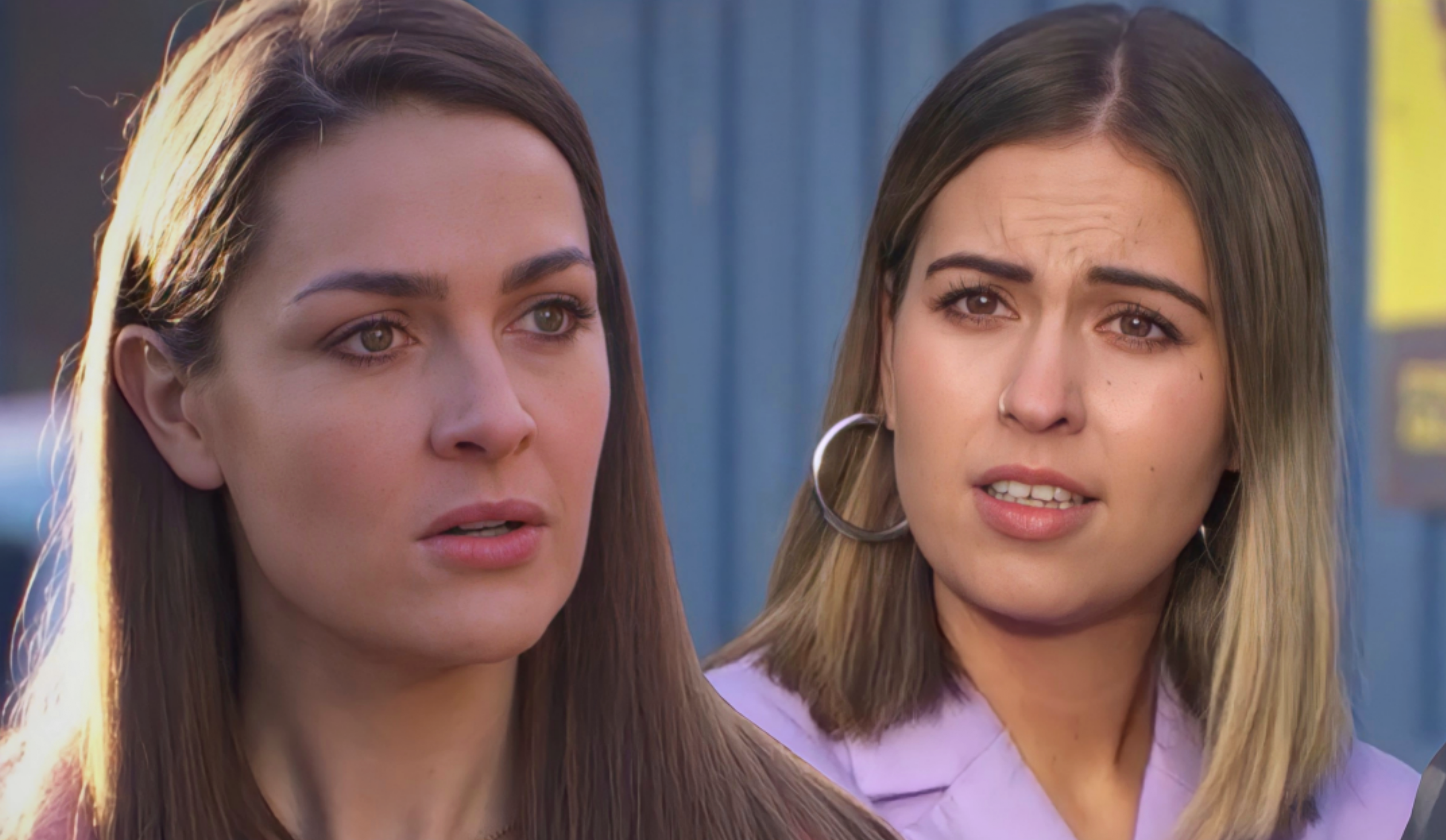 Sienna Blake (Anna Passey) is left in a serious condition in Hollyoaks this week, as Summer Ranger (Rhiannon Clements) shoots her in a terrifying gun showdown.

Sienna is not usually one to let other people get under her skin, but Summer’s arrival has brought nothing but trouble to her door.

The mainstay of the Channel 4 soap has had her life turned upside down by the newcomer, who upon rocking up in the eponymous village, destroyed her relationship with Brody Hudson (Adam Woodward).

‘Oh, she loves her, she thinks she’s brilliant!’ actress Anna Passey joked, as she told Metro.co.uk exactly how Sienna feels about Summer. ‘No, she’s such a pain for Sienna! Obviously this girl has just shown up at a very inconvenient time, and she seems to just always be there.

‘And now Brody thinks she’s super, but Sienna has this really strong instinct that everything is not as it seems, which I think the audience are already in on — they already know Summer is up to something.

‘Sienna is very frustrated. She’s desperate to keep Brody away from Summer, but of course it just reads like: “Oh, I don’t like your new girlfriend”. But Sienna’s like: “No, there really is more to it than this, and I know because I’ve been that girl, and you have to stay away from her!”‘

‘I think to start with, she doesn’t [see Summer as a threat], and she thinks: “Brody loves me!”, and she’s so assured of that. And then, I think because she realises how much she hurt Brody, she starts to think: “Oh no, I’m really going to lose him to this girl, and now she’s got him, she’s not the kind of girl that’s going to let go, so I think she does start to feel very threatened — even if she doesn’t like to admit it!

While Sienna seemingly has an inclination that there is more to Summer than meets the eye, she evident has no idea what the newcomer is truly capable of, but she’s set to find out — as will the audience — when she becomes the victim of Summer’s revenge.

‘The perspective that we’re telling the story from is that the audience are in with Summer,’ Anna told us, ‘and they know what she’s up to, but they know that Sienna doesn’t know, and they’re waiting for her to catch up as to what’s going on.

‘I think that makes the story all the more interesting. So far, Sienna has just seen Summer as a bit of an inconvenience, but I don’t think she’s quite seen the darkness that can come from that, so that’s going to be good when the penny drops.’

Anna added: ‘I was so excited from the get-go with this story. I think we see Sienna at her best when she’s up against someone or something.

‘I think we’ve seen her have lots of different enemies and be in lots of sort of crazy situations, but for me, what was so interesting about this and everything they were telling me about it, it sounded quite similar to Sienna.

‘I love the parallels between Summer and Sienna, because I think that makes for a really interesting story. For me, Sienna really comes into her own when she’s back against the wall.’