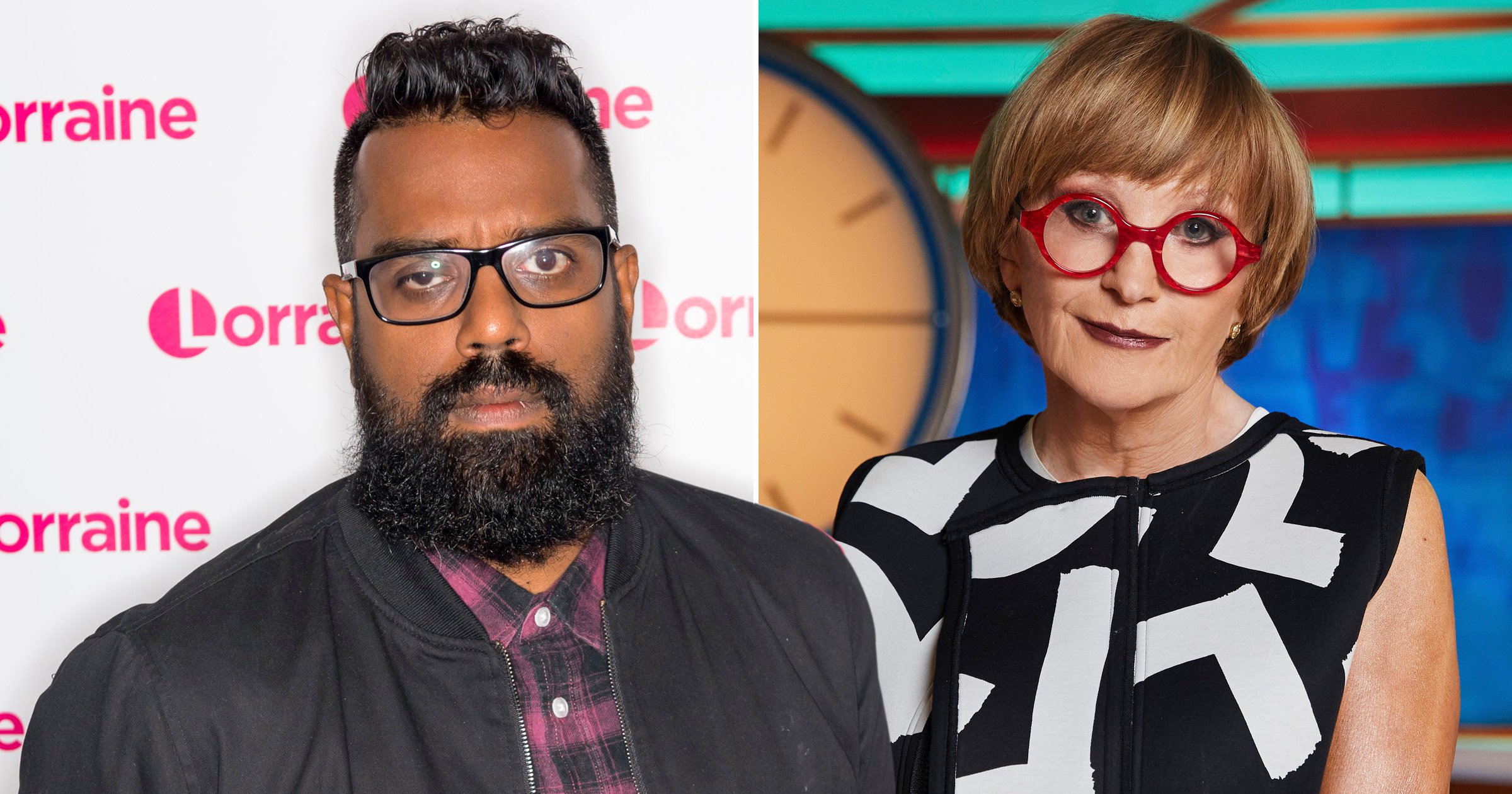 The Weakest Link is reportedly set to return with Romesh Ranganathan replacing Anne Robinson as host.

After a decade away from the TV schedules, the programme is said to be making a comeback to the BBC with a new Saturday night slot.

According to the Sun, the comedian will step into Anne’s shoes to present the general knowledge quiz.

Romesh said: ‘It’s an honour to be asked to bring back what is basically a TV institution to our screens.

‘Anne was an amazing host and to step into her shoes is an anxiety-inducing privilege. I’m hoping we’ve found a way to make both the fans of the show happy as well as bringing a new audience to it. If not, accept this as my apology.’

Romesh is also said to be reprising the programme’s famous catchphrase: ‘You are the weakest link – goodbye.’

Filming on the rebooted Weakest Link will begin in Glasgow this summer, with 12 episodes expected later this year.

The Weakest Link ran for 13 seasons, having first aired back in 2000.

It comes after Anne was announced as the new host of Countdown, taking over from Nick Hewer on the Channel 4 show.

In the meantime, Romesh is also set to take over from James Corden as host on A League of Their Own.

The comic has stepped up to host the 16th series, after The Late Late Show host James stepped down. Romesh, a regular panellist on the hit programme, is set to join team captains Jamie Redknapp and Freddie Flintoff as he takes over.

As well as A League of Their Own, the comedian is known for shows such as The Misadventures of Romesh Ranganathan, Judge Romesh and The Ranganation.

Metro.co.uk has reached out to the BBC for comment.