EXCLUSIVE: We dialled in with Independence Day filmmaker Roland Emmerich and his longtime producer (and composer) Harald Kloser last week just hours after “the master of disaster” wrapped on new sci-fi movie Moonfall.

At $140M, Moonfall is the biggest-budget ‘independent’ movie to shoot in recent years. Almost two years after speaking to Emmerich in Cannes, where he described the project to us as a mix of Independence Day and 2012, we checked back in with the director to hear about the challenges of getting the film away amid the pandemic and what its journey will be from here.

Halle Berry, Patrick Wilson, Donald Sutherland, Michael Pena, Charlie Plummer and John Bradley are among cast for the big-canvas film, about a space crew which travels to the moon after it is struck by an asteroid and is sent on a collision course with Earth.

Piecing together a $140M movie without a streamer or traditional big five studio was an epic feat in itself. Key partners include North American distributor Lionsgate, Chinese outfit Huayi as main financier, AGC Studios and its international distribution partners (such as German buyer Leonine, which splashed out at Cannes), CAA Media Finance (which brokered much of the dealmaking), East West Bank, MUFG Union Bank and SPG3 Entertainment. Scanline VFX, Pixomondo, Framestore and DNeg are aboard for VFX.

DEADLINE: Roland, it has been quite a ride since we spoke around the film’s launch two years ago. How was the experience of making this movie amid the pandemic?

ROLAND EMMERICH: As an independent movie it wasn’t easy to overcome $5-6M at least in Covid costs. That’s a big hole. We had to find a bank to finance us. We were plain sailing at the start of last year but then we had to immediately shut down due to the pandemic. There was a lot of back and forth between insurance companies and banks. It was a miracle this movie happened at all. We got it done but it took a lot longer than I thought it would.

DEADLINE: So you were in Canada ready to go early last year, right…

EMMERICH: Yes, we were in full pre-production in Canada. We were seven weeks out from shoot. Then Covid hit. I had an inkling something was wrong. All businesses closed so I went back to LA and into quarantine. Our completion bond didn’t cover Covid so we were up in the air for three-four months.

DEADLINE: Did you start thinking about other projects you might have to make instead?

EMMERICH: We had already spent $6-7M. We had very good Chinese partners. There are always other projects but we knew we had to get this movie made. There was a purpose at this strange time, a goal, even if a lot of the conversations were very practical. I decided to go back to Montreal very early, in June, to make a point that I was willing to make this movie. We wanted the crew to know we were in town and wanted to get this made. That decision helped a lot.

Independent movies have a complicated structure. We had some luck, such as being in Canada where numbers were relatively contained compared to LA and London, but we also had a lot of people believing in us, like we did on Midway.

DEADLINE: Given the apocalyptic nature of many of your movies, this whole period must have felt a little like life imitating art for you… 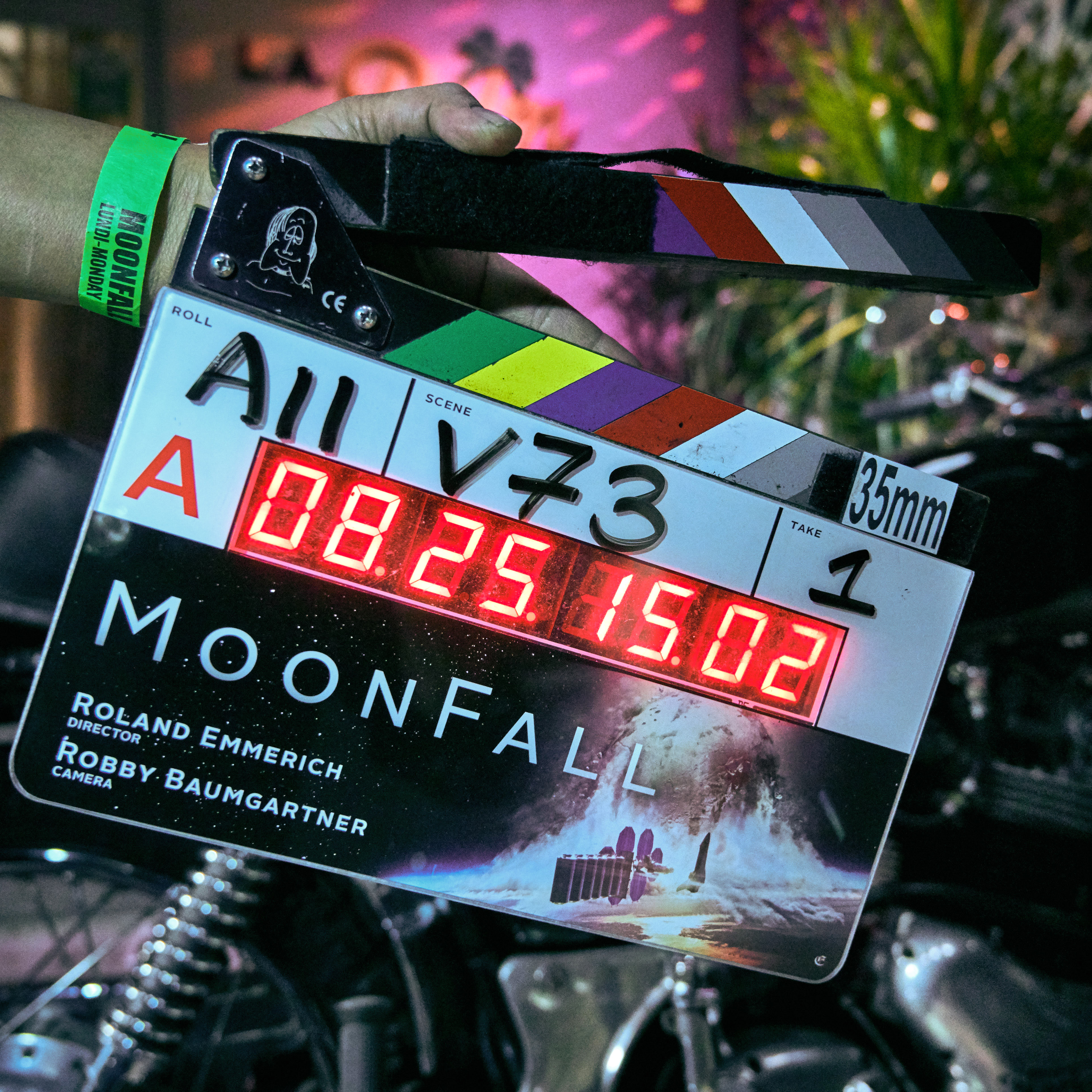 DEADLINE: Tell us about your protocols…

EMMERICH: We tested three times a week, we all had to wear masks and glasses. We had plexiglass booths around the monitors and cameras, and the actors wore masks during rehearsals. We had plenty of protocols in place…

DEADLINE: When you’re thinking so much about these Covid practicalities is there a danger that performances or creative considerations can drop?

HARALD KLOSER: If anything, I think there is a heightened feeling of concentration. You feel the concentration and everyone feels very blessed to be making a movie and to be working.

DEADLINE: One of the challenges you faced on this movie was losing Stanley Tucci who had to drop out at short notice due to Covid travel restrictions between the UK and Canada…

KLOSER: Yes, he was going to have to quarantine for two weeks on arrival which would have been complicated timing-wise. We were very disappointed but it was high-fives all round when we heard Michael Pena could step in. He brought a great angle. Perhaps it was just meant to be in the end that Stanley was meant to stay with his family over that Christmas period. But nothing was plain sailing. Soon after hearing that Michael could do it, we got a call to say that his passport had expired! We had to get Keith Richards’ lawyer involved to make sure Michael could cross at the right part of the border where a birth certificate was sufficient…

DEADLINE: Did you have to reconfigure the visual look of the film at all due to the pandemic?

EMMERICH: No. We always had the idea to split the movie into two parts: a part in space and then a part on earth. We shot out a number of the actors before Christmas. It wasn’t easy but we did it. We didn’t have any Covid cases until four days before the end of shoot…

DEADLINE: Who had Covid?

EMMERICH: We can’t say. It wasn’t an actor. Ultimately, it turned out to be a false positive so we could get back underway after a few days.

DEADLINE: Where are you at with the movie now?

EMMERICH: I have left my editors alone for 10 days with the film. Tomorrow, I will go in and watch what we shot. It’s strange, when you watch the first editor’s cut, three hours in one go, you get suicidal thoughts [laughs]. I remember driving home after watching the first editor’s cut of Independence Day and thinking I should drive off the freeway and get things over with [laughs]….I will be watching multiple reels of the movie.

DEADLINE: Where does getting the film made during the pandemic rank in terms of your achievements?

EMMERICH: This had a very unique feel to it for sure…

KLOSER: This movie was only possible because Roland knew every single shot. It was film school 101. I’ve worked with Roland for many years and this was masterful to see. Every day was almost an impossible day because of the budgetary constraints, the 10,000 Covid tests, etc. Roland was pushing himself to the limit. It was stressful but also very cool to see someone at work who knew what they needed to do every day.

DEADLINE: When will we see it? 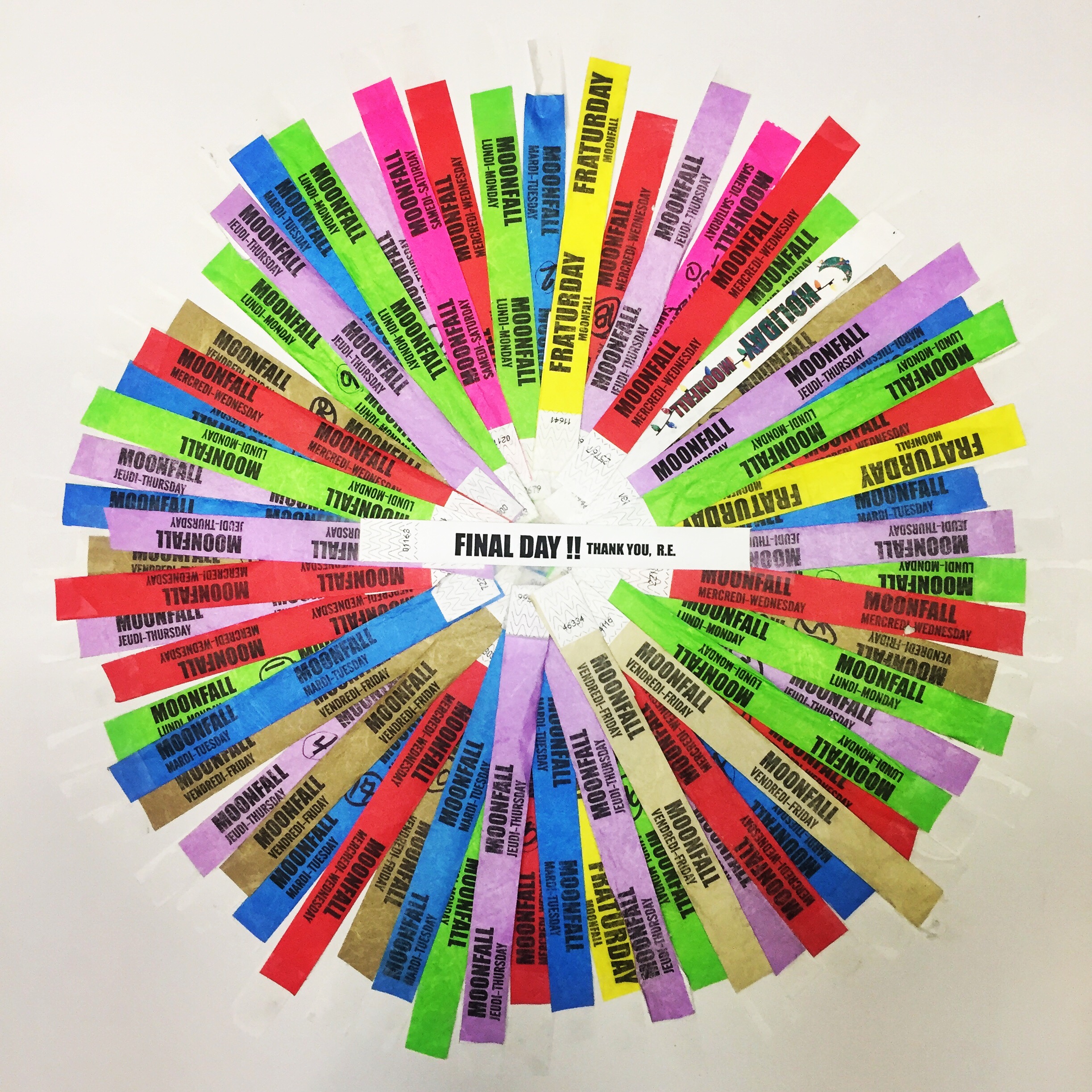 KLOSER: Per our contract, we’ll deliver it on October 22. There will be many factors then as to where it will fit into the release schedule depending on the pandemic.

DEADLINE: A number of movies have had to move away from theatrical and onto streaming platforms due to the pandemic. Roland, how would you feel if your movie took the same path?

EMMERICH: I’m not against streamers. People have very good TVs these days. But my movies are meant for the big screen. Independent movies are often financed by independent distributors. Even if someone wanted to, we couldn’t end up on a streamer. Personally, I was looking forward to seeing a movie like Dune on the big screen. That experience is hopefully something that will survive. It should survive. Going to the movie theater is a unique experience, you feel part of something.

DEADLINE: When we spoke two years ago, you said that Maya Lord was the movie you wanted to make next after Moonfall…

EMMERICH: We’re trying to get it made but it’s a little difficult. It should be shot in Mexico where it is set but there aren’t any significant tax rebates there yet. We’ve just bought on a Mexican producer to help us with that.

KLOSER: (laughing) No thanks…. Don’t forget that Moonfall is written as the beginning of a saga. It opens the door onto an epic adventure…Anyway, we hope that by talking about the process, it helps encourage others. If you take it one bite at a time and are not overwhelmed by the mountain of problems, making a movie even in this context can be achieved. By not giving up and taking it one step at a time you can get it done. Moonfall was proof of that.