ROBBIE Williams has gone completely bald after his wife Ayda Field shaved all his hair off in an Instagram video.

The 47-year-old singer had his luscious brown locks removed by Ayda, 42, in an impromptu haircut on the balcony of their family home. 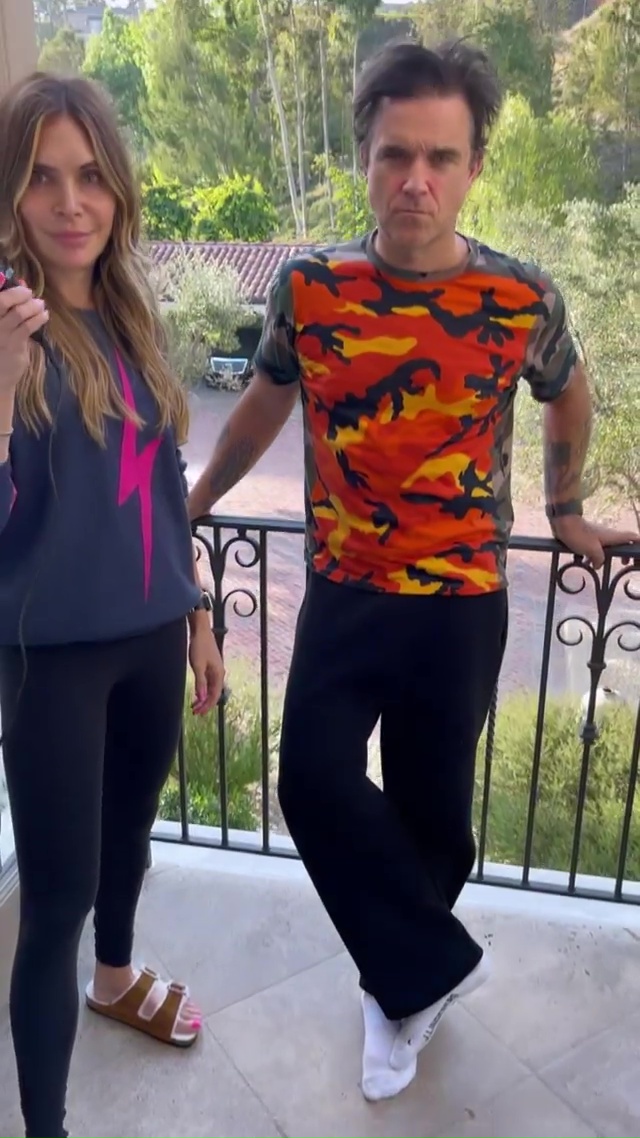 Prepaing to give him a whole new look, mum-of-four Ayda held the clippers in her hand while the Rock DJ hitmaker anxiously awaited his fate.

Robbie nodded to the camera, showing off his long hairdo, as Ayda could be seen mouthing towards the camera: "It's about to happen."

The model was filmed taking the electric blade to her husband's hair, starting at the back and in the middle, shaving it back completely.

Robbie was then seen patiently sitting on the floor as his new do was completed, before Ayda held up his hair and blew it in his face. 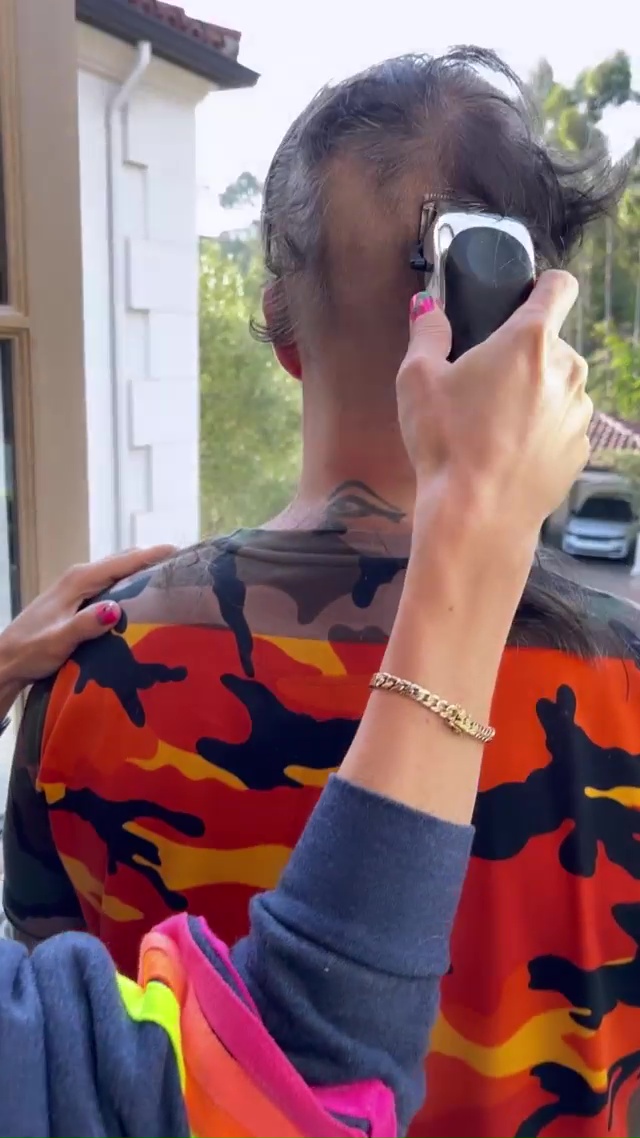 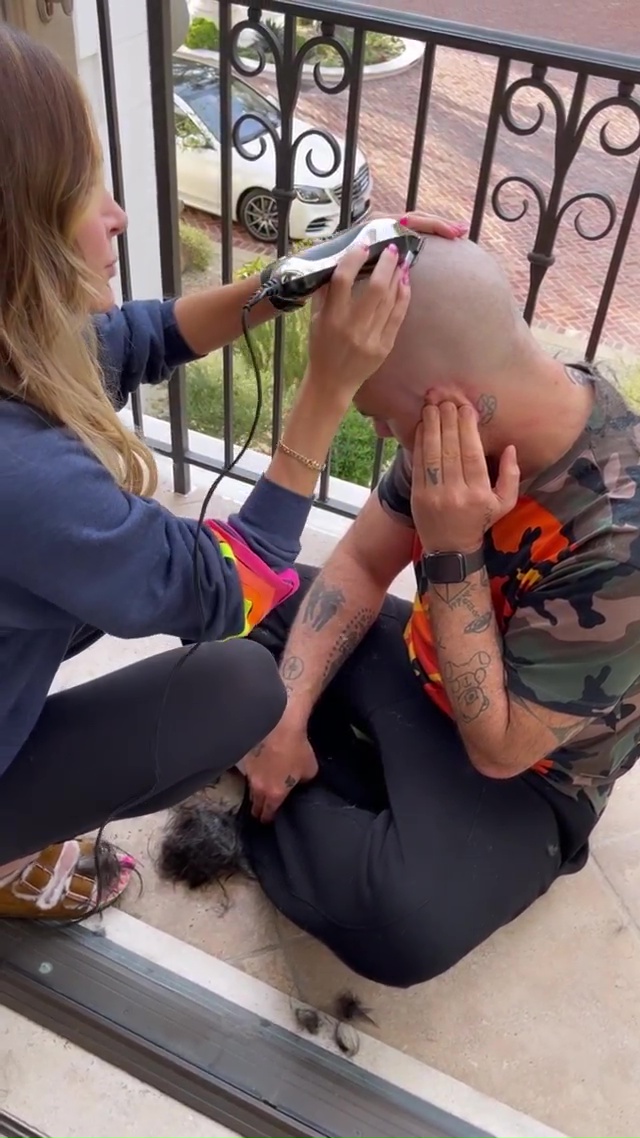 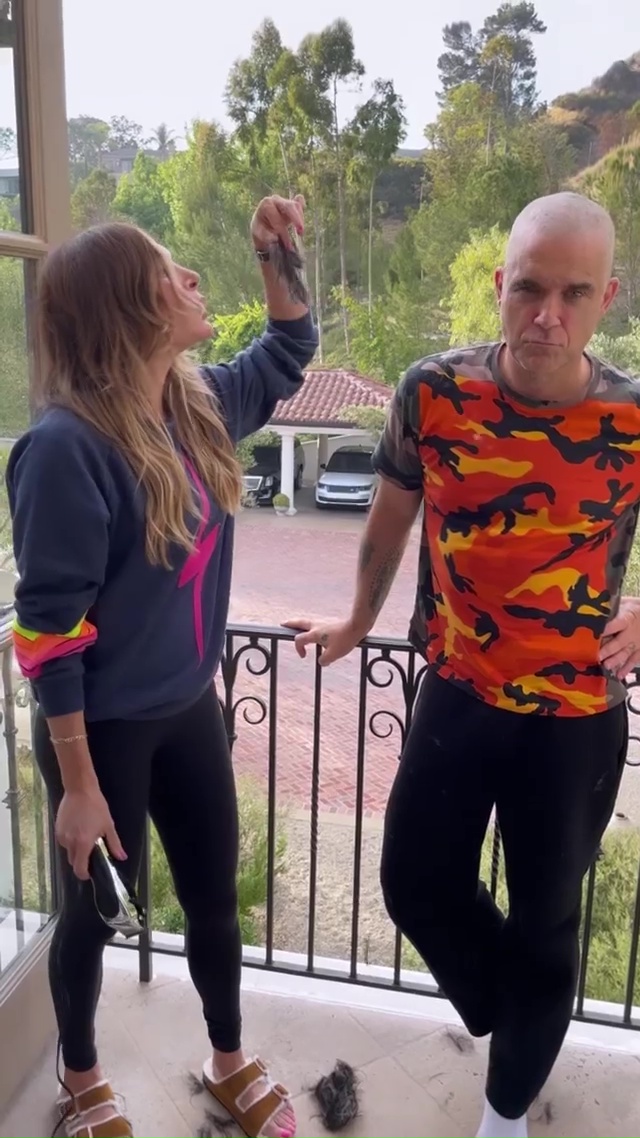 The Take That star ran his hands over his head to get used to the feel of his new style, as his wife proudly smiled looking over her handiwork.

Posting the video to Instagram, Ayda wrote: "@robbiewilliams Is all or nothing when it comes to his hair …and apparently, it’s nothing now."

She added joke hashtags including "no hair don't care" and "the bald and the beautiful" to the caption of the clip.

Fans flooded the comments to compliment Robbie, saying he looks "20 years younger" with the short cut and now reminds them of his "90s self". 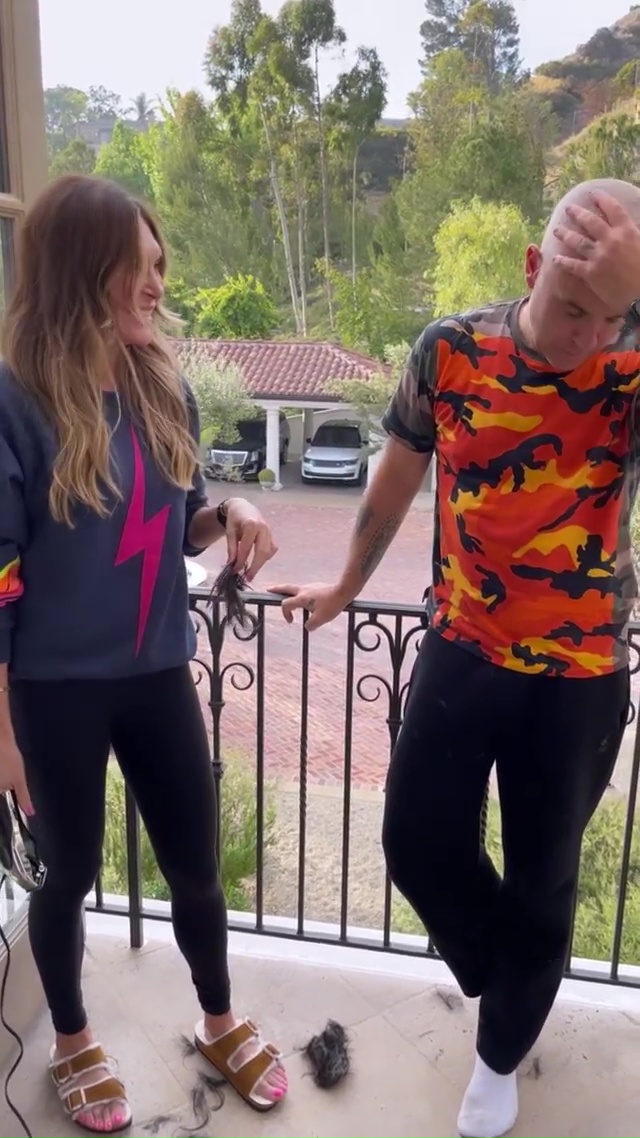 Robbie, who now lives in America with his wife and children, recently revealed how he quit the UK after struggling to deal with his feud with Liam and Noel Gallagher.

The singer was locked in a war of words with the Oasis stars for two decades at the height of his career.

Speaking to the Talent Takes Practice podcast, Robbie has described their feud as "unbearable" and the reason that he "left the country".