The cast wore shirts with numbers during that scene, leaving fans to wonder what the numbers symbolized. Lili Reinhart took to Twitter to explain what they meant. 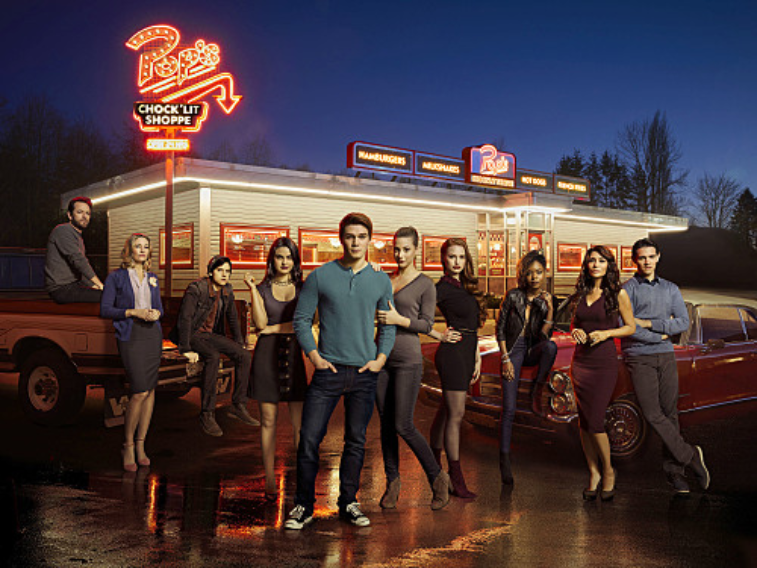 Hedwig and the Angry Inch lyricist Stephen Trask is a fan of Riverdale, so he reached out to the show’s Chief Creative Officer Roberto Aguirre-Sacasa about working together. Trask explained to Rolling Stone why he wanted to work with award-winning playwright Aguirre-Sacasa:

I love [Roberto’s] vision. He brings a lot of the elements in of Douglas Sirk-style melodrama with a telenovela kind of thing and also Americana and the teen drama thing. It’s walking a tightrope to bring those things together and have them sing. I reached out to him to just kind of meet and see if we could do something together and said what a fan I was of Riverdale. It turned out that they were, at the time, looking for a musical to do.

Trask got more than he could ever imagine when Aguirre-Sacasa told him he wanted to incorporate Trask’s songs from Hedwig in an episode of the series.

In “Chapter Seventy-Four: Wicked Little Town,” Principal Honey slowly stripped away Kevin’s creative power over the school’s variety show because he didn’t agree with music from Hedwig and the Angry Inch being performed.

Floored by Mr. Honey’s censorship, Kevin recruited the help of his Riverdale High classmates to belt out “Random Number Generation,” a song that captures the rage that is born out of not being seen or heard for who you really are.

To drive home the point that each student was feeling like a cog in a machine, show-runners put the cast members in numbered shirts. According to Reinhart, there was a special meaning behind those numbers.

The meaning behind everyone’s number

The song may be titled “Random Number Generation,” but the numbers on each cast member’s shirt were anything but. “We are wearing our cast numbers on our shirts,” Reinhart tweeted after the episode aired.

She specified how everyone’s call sheets were numbered. In show business, a call sheet serves as the schedule for the actors, telling the cast and crew where and when they need to be to film their scenes.

Naturally, KJ Apa was number one, with Reinhart just behind him at number two. Camila Mendes was three, and Cole Sprouse was number four. Madeline Petsch was fifth in line on the call sheet — did you notice her special red number?