Kyle Richards and Garcelle Beauvais of The Real Housewives of Beverly Hills were perceived to be feuding again. The Bravo stars had a couple of tiffs in season 10 and many believed the drama had carried over to season 11. After Richards shared a photo of the cast on the trip, Beauvais was notably missing and the rumors started. After all the allegations, Richards is setting the record straight.

Is Garcelle Beauvais in trouble?

Beauvais and Richards got off to a rocky start in season 10. The Coming to America actress said it was difficult for Richards to let her in. Fans of RHOBH know that Richards is the last-remaining OG of the show and perceived as the queen of the franchise.

As Beauvais came into a whole new group of friends, she didn’t feel welcome by Richards and wasn’t able to connect with her.

“Was she nice to me? Yes, but I felt like when I really wanted her to take me in and hear what I’m saying that that wasn’t the case,” Beauvais said in the Bitch Sesh podcast back in July 2020.

As the cast films season 11, Richards shared a photo of all the ladies during a trip with Beauvais notably missing. When a fan asked the latter if she was on the cast trip, she replied with a “No.” This sent the fan base into a frenzy as many perceived Beauvais was being iced out. All of this followed an appearance Beauvais made on the The Ellen DeGeneres Show where she said the cast was coming for her.

“I had never done reality before and putting yourself out there. Obviously acting is really what I have always done,” Beauvais said about doing reality. “You can’t hide behind a character, this is it and they’re coming for me, let me just say that. They’re coming for me but I’m ready. I got my girls from The Real and we’re coming for them.” 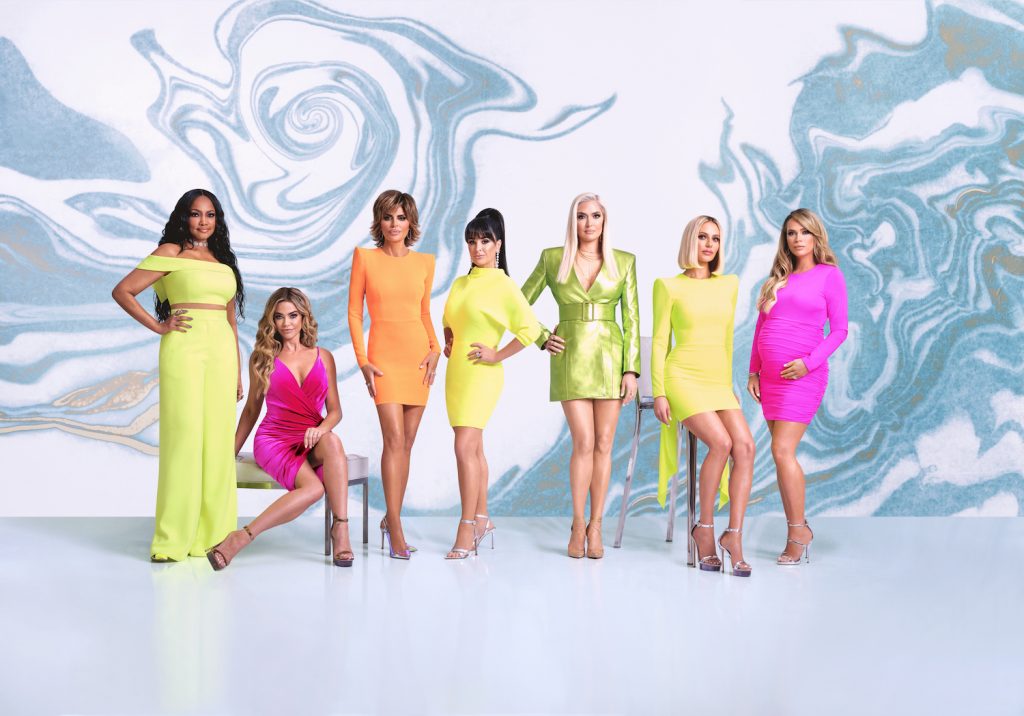 Fans believed that Richards was dissing Beauvais after being allegedly excluded from the trip. However, it was later confirmed that Beauvais did go on the cast trip when she shared a photo of herself and the rest of the cast.

In the photo, Beauvais is at the center and the rest of the ladies are around her. Richards, Sutton Stracke, Lisa Rinna, Dorit Kemsley, Erika Jayne, Kathy Hilton, and newbie Crystal Minkoff were all seen smiling for the photo.

Richards was capture by the paparazzi recently where she was inevitably asked about possible drama with Beauvais. The Halloween Kills star denied shading her co-star

“It’s so ridiculous,” Richards told Too Fab. “No one was shading her, she wasn’t there yet. She wasn’t physically there to be in the photo, I don’t know why she made the shading comment because we’re having no issues, so I don’t know.”

Richards explained that Beauvais wasn’t at the cast trip at the time she shared the first photo, there was no shade directed at the second-season housewife.

The Real Housewives of Beverly Hills Season 11 is expected to air soon on Bravo.