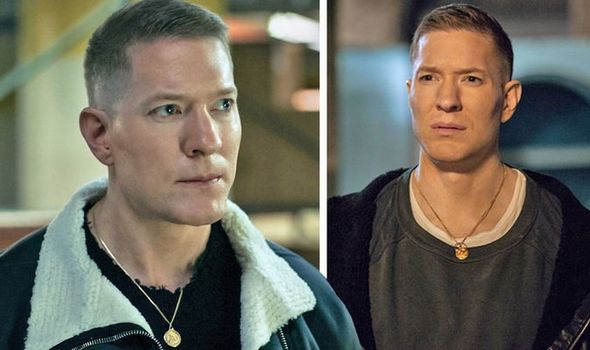 Power Book IV: Force was originally titled Power Book V: Force but has now officially changed to Power Book IV: Force. Despite being the fourth book, Power Book IV will be the third spin-off series in the Power universe following in the footsteps of Power Book II: Ghost and Power Book III: Raising Kanan. Production on the series is currently underway and details surrounding the cast have begun to be released.  Who will star alongside Joseph Sikora in Power Book 4? Express.co.uk has everything you need to know.

Who is in the cast of Power Book IV: Force?

Power Book IV: Force centres around Joseph Sikora’s Tommy Egan after he cuts ties and puts his troubles in New York behind him for good.

The new series will follow Tommy and his life after leaving NY for Los Angeles in the Power finale.

However, Tommy made a surprise appearance in the Power Book II: Ghost finale, looking for revenge.

He attempted to shoot Tasaha (Naturi Naughton) on several occasions and swore he would always be out to get her, which could spell trouble for Tommy in Book IV.

Sikora spoke to the Chicago Sun Times about his character’s fate at the end of Power.

He said: “He’s lost everything. He is absolutely empty. He’s a super shell of a man.

“I think the exciting part about that, if there was a continuation for Tommy, was: How is he going to fill that shell back up and what becomes of that man?

“Just like when they say you can never go home again, can you ever really be the same person again? It’s a lot of questions that we end up with.”

Sikora’s most recent role since the end of Power in 2020 was as Frank Cosgrove Jr in Ozark, which is streaming on Netflix now.

He also starred in the 2019 film, Jacob’s Ladder as Paul Rutiger, alongside Michael Ealy, Jesse Williams and Nicole Beharie.

Express.co.uk has the names of the cast joining Sikora so far. They are: